TU Delft, Deltares and ProRail to tackle rail subsidence in a structural way

Rail subsidence is a growing, complex and costly problem, especially in the west of the Netherlands. Along with ProRail and Deltares, TU Delft is conducting research over the years ahead with the aim of arriving at intelligent solutions. Rolf Dollevoet, Professor of Railway Engineering at TU Delft explains why this is needed.

Subsided
‘We face a problem with rail subsidence in the Netherlands,’ Rolf Dollevoet begins. ‘The Betuweroute freight railway, for example, has subsided by almost half a metre in certain places since it was laid. At the moment, rail subsidence is tackled by constantly topping up the track’s ballast bed. This can be done, of course, but the ballast is heavier than the substrate and starts to subside, and so the problem returns with increasing rapidity.’

‘Moreover, we want to use more trains at higher speeds with greater axle loads in the future, with the result of greater loads on the track. In this regard, remember that eighty per cent of the track foundations in the Netherlands date back to before 1920. There is thus a risk that you will be confronted with serious subsidence in many places, particularly in the west of the Netherlands with its soft substrates.’

Different from place to place
‘In addition, we should get away from the idea that we apply the same recipe everywhere – topping up the ballast. Each situation is different, after all. A differentiated approach of this kind can also save a lot of money. Improving the Leiden-Woerden rail route will already cost 40 million euros, for example, and for the whole of the Netherlands the total could possibly run into the thousands of millions. This expensive approach is probably by no means really necessary; it can often be done in a more intelligent and cheaper way,’ says Dollevoet, who works for railway infrastructure manager ProRail alongside his professorship at Delft.

‘There are various conceivable alternative ideas, for example supporting the track bed with piles, injecting grout or filling with a synthetic material. We are also definitely looking at examples from Scandinavia, where they have this problem as well. But, in general there is no one-miracle cure. Partly for this reason, we have not yet managed to bundle all the knowledge and expertise in this field into a kind of recipe book in which you can look up the best solution for each location.’

Deltares and ProRail
‘So, we still know too little, particularly about where precisely you should “tinker” as an engineer to solve possible subsidence, while the trains simply have to be able to keep running during the maintenance. What are the vulnerable issues? Is it moisture, the composition of the peat, of something else again? It is for this reason that we need each other to find a structural solution to this problem. This is where Deltares comes in with their specialist knowledge of the substrate.’

One of the objectives is to be able to monitor when the time is ripe for intervening. For this, good sensors are needed among other things, as well as measurements, taken in part from moving trains. Another aim of the research programme is demonstrators – concrete trial situations where track beds are altered to see whether this works and is affordable. ‘In short, this is a major research project involving theory and practice.’

DelftRail
The research programme for track subsidence has been conducted at TU Delft by different parts of the organisation, with DelftRail in a coordinating role as the public face. Prof. Rolf Dollevoet has been appointed as general manager of this new initiative, with Prof. Zili Li as director of research. The university-wide institute DelftRail bundles the work of four faculties in the field of railway research to tackle major problems on the railways with all the necessary expertise in a combined way. The scientific research focuses on achieving a sustainable, robust and future-proof railway network in Europe. A link is also made here between major research programmes and teaching, by stimulating and facilitating co-operation between and integration into rail-related courses in the different degree programmes. ‘At DelftRail, we aim to give technical students a broader outlook and, in particular, to show them the importance of a multidisciplinary approach.’ 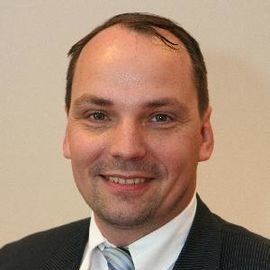