Quay Walls for the Future

In ports one finds different types of structures to accommodate ships, such as quay walls, wharfs, jetties, dolphins. Quay walls are in this respect one of the most important assets for a port authority. For example in the Port of Rotterdam, approximately 80 km quay walls is present. This implies that a continuous search is going on to improve these structures. An overview of the history within the Port of Rotterdam is presented.

Quay walls structures have evoluated to their present shape. In the figure a typical present quay wall is shown, a relieving floor structure with diaphragm wall.

Typical research activities which are still going on are the design process probabilistic design aspects including finite element (FEM) analysis.

Research is done into a better use of existing materials like (high strength) steel, less corrosive steel and concrete, either high-strength or self healing concrete but also into alternative material like synthetics.

Recently, in 2011, also a study has been carried out to assess the CO2 use of quay wall made of wood , steel concrete and synthetics (Msc thesis of Trude Maas). One of the results of this study  is displayed in the following figure.

In addition also research is performed with the Rotterdam Port Authority on the opportunities for flexible and adaptable structures.

The challenge for the designer is to cope with these changes. The paper of mr. De Gijt gives an overview of the development in the design and construction techniques of port infrastructure from around 150 years ago up to present in the port of Rotterdam with reference to the development of world trade. Typical examples of solutions generated in the port of Rotterdam to overcome difficulties are described. Further the paper indicates some possible future developments in port development and quay wall design.

Introduction
History teaches us that sea going has been taking place for a very long time, certainly since 3000 BC. This practice started in delta areas such as those of the Nile, Tigris, Euphrates, Indus and Yellow rivers. Following this there was a long period of trading carried out by the Arabs, Indians and Chinese. In the Mediterranean Sea the Phoenicians and the later the Romans established an intensive trading network. The Phoenicians also extended their activities to England in order to obtain tin.

Before the Western voyages of discovery, these traders had the monopoly in   transporting the products of Asia to Europe. This monopoly was broken after the overland journey to China of Marco Polo. The Chinese navigator, Cheng Ho had already reached Africa ca 100 years earlier than the Portuguese ,Spanish and Dutch. The voyages of explorations were prompted by the fact that Venice enjoyed a monopoly because it could import and sell the same goods as the Arabs had been doing over the centuries.  The same situation also arose later in northern Europe, where for 500 years the Hanseatic ports maintained a monopoly over trade between western Europe and the Baltic area.

At that time the Dutch were also trading with southern Europe.  Bruges, Antwerp and Amsterdam were the large ports of that time. Between 1602 and 1800 the VOC was coordinated from Amsterdam. The VOC was the first multinational and for long time had a monopoly on trade in goods from Asia, but in the end that too was broken, being partially taken over by the English. From the start of the industrial revolution there was a rapid rate of change throughout the world and the countries become much more closely dependent on each other.

The evolution of the city and the port of Rotterdam from the 14th century to the present is described. The city changed from a fishing harbour to a main port in 600 years. These changes were possible  through the contributions of several entrepreneurial people both from the private and as well as the elder man of the city.

The port facilities both ware houses, terrains, railways - and road facilities as well as the waterways have continuously adapted to the changing requirements. 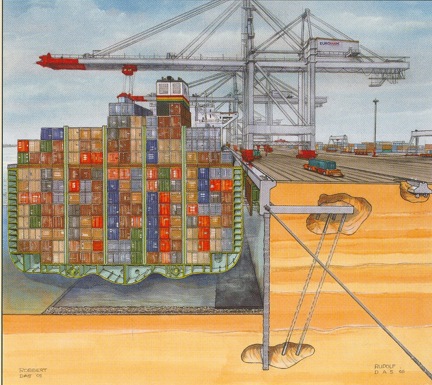 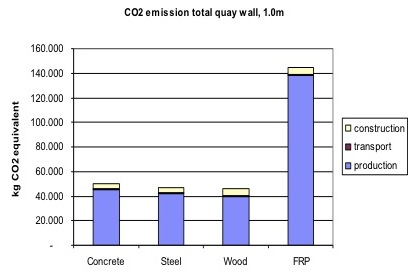