Storm at sea: the inside story

A subject of rollicking sea shanties the world over, storms at sea have always fired people’s imaginations. But knowledge of what happens underneath the waves is not quite as universal. Femke de Jong, Caroline Katsman and Carine van der Boog are preparing to don their sou’westers to investigate the inside story.

The ocean is in turn angry, calm or something in between. It may be gently rocked by a breeze, whipped up by hurricane force winds or pelted by rain. So far, so familiar. But what happens below the surface? How do the currents behave and can this behaviour be predicted? To find out NIOZ scientist and principal investigator Femke de Jong will be setting out on research vessel RV Pelagia where she will be joined by TU Delft’s Carine van der Boog. Their aim is to capture an underwater storm in images using sound. The initiator of the cruise, TUDelft's Caroline Katsman, will provide the latest observations to optimise the ship's track while the Pelagia is on its way.

The members of the team are constantly conferring by phone. What are the latest forecasts? Are we going to find a suitable eddy? The eddies the researchers are interested in locating measure between 100 and 300 kilometres in diameter. The swirling loops originate on the eastern side of the Caribbean Sea, traveling very slowly west towards the Gulf of Mexico. Eddies can last from a few weeks up to several months.

De Jong and Van der Boog have been busy trying to spot the tell-tale signs of an eddy that will fit their purposes. ‘For the last couple of weeks we have been constantly on the look-out for elevations in the sea surface,’ De Jong says. ‘One of the few realtime data that we have at our disposal is satellite data. Eddies contain a lot of heat and that makes the water at their centre expand, sometimes by as much as half a meter, De Jong says. 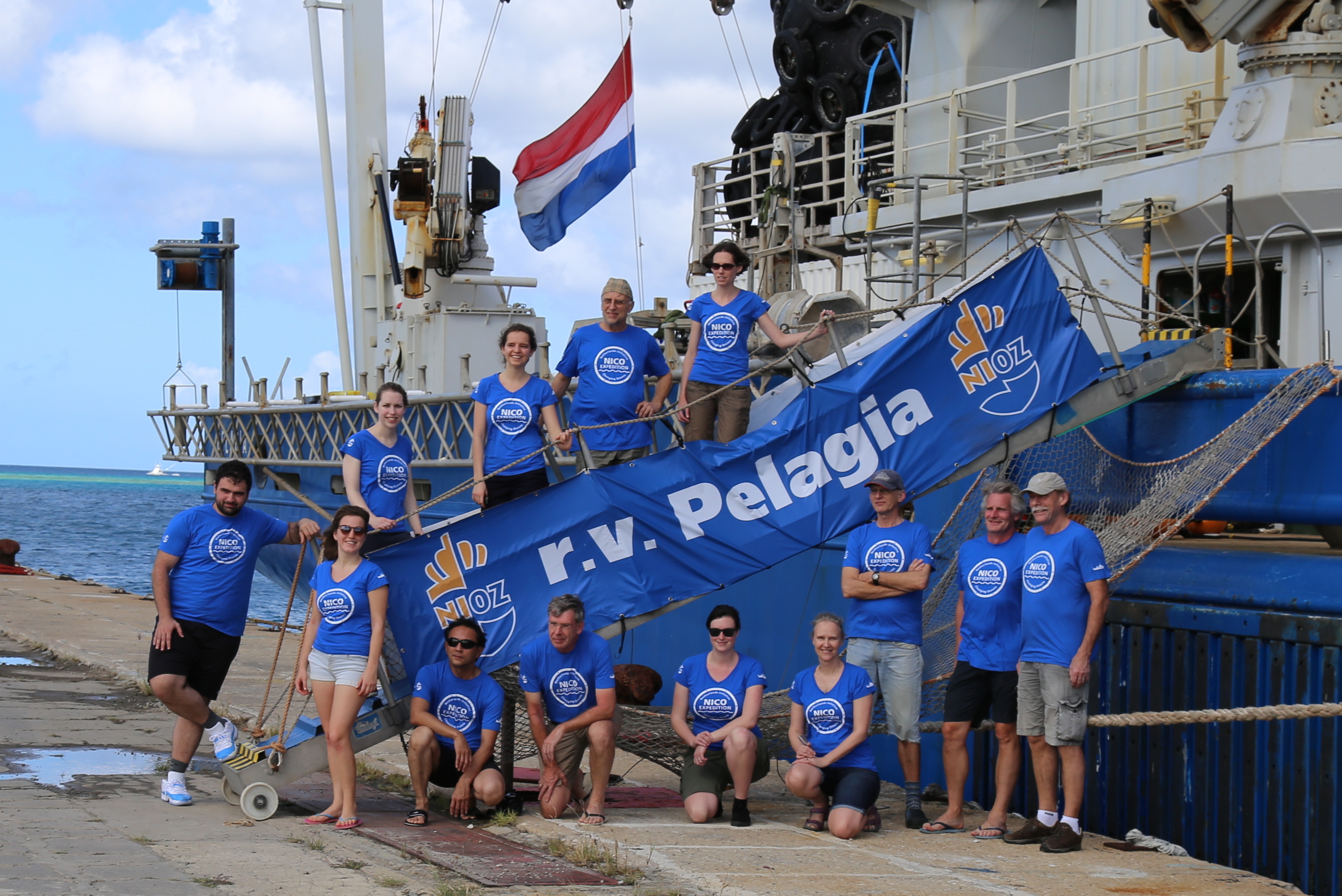 ‘We have our eye on a very nice eddy in perfect range of our ship,’ Van der Boog says. ‘The only problem is that it’s inching its way towards Venezuela and we don’t have permission to enter their territorial waters yet. You need to put in a request six months in advance but we didn’t get the final go-ahead for the NICO-programma until November so we weren’t able to do it in time. But there’s a whole team of people working very hard to make it happen,’ Van der Boog says.

While the satellite images are telling the team something about the eddy, much of the information, such as its depth and the amount of heat and nutrients it contains, must be gathered in situ. And that is why they will be steering the Pelagia straight through it, slowing down every couple of miles to lower a frame full of measuring equipment into the sea. Salinity, temperature, and nutrient and chlorophyll content are all measured but current velocity, which is monitored on a permanent basis, may be the most important component of all. A current meter is fitted underneath the vessel which sends out acoustic signals reflected by the water. The time it takes for the signal to bounce back shows how far it has penetrated. A change in frequency (the Doppler-effect, think of a passing ambulance) determines velocity. Apart from the measurements taken on board ship the team will also be using floats loaded with measuring equipment. These buoys move with a current at a previously set depth gathering information on their positions on the way.

The researchers hope their work will provide them with an insight into how eddies influence ocean currents as a whole. That information in its turn will help inform climate modelling. And that is where a storm in the depths of the sea meets the seafarers braving it on its surface.

Warm eddies show up as bumps on the sea’s surface and can reach a height of up to fifty centimetres. The area stretches 2,000 kilometres in an east-west direction and 1,200 kilometres in a north-south direction  Original data
Carine van der Boog. 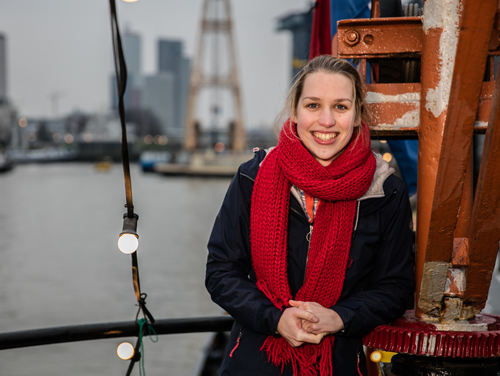 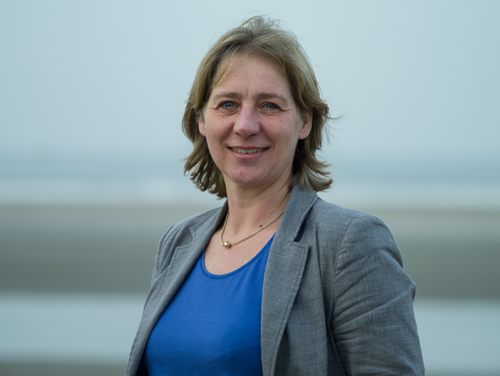 It happens but very rarely, De Jong says. For people doing fieldwork it can be helpful to name an eddy. Often it will be the name of a student on board. The names usually start with A for Anticyclonic or C for Cyclonic, depending on the eddy’s anticlockwise or clockwise rotation. The particular eddy the team are chasing is anticyclonic. It has a warm core, while cyclonic eddies are cold.