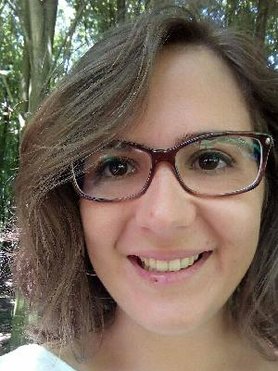 Aude obtained her Engineering Master degree in Mechanics and Energetics in 2013 from the ENSIAME school, located in Valenciennes in France. During her study, she spent a 5 months internship in the university of Itajuba in Brazil, as well as one year at the TU Delft in the 3ME department. After her study, she found her first job opportunity in Liege in Belgium where she worked as a piping coordinator at Drever, in the metallurgical sector during 2 years and a half. She spent the following two years at Safran Aero Booster (SAB), where she worked as an aerothermal engineer in the R&D department.
After having heard about the one year research master program at the Von Karman Institute (VKI) for Fluid Dynamics in Belgium, Aude decided to use this opportunity to deepen her knowledge in Fluid Mechanics. She got familiar with some important experimental measurement techniques while she was working on her master thesis project which dealt with the simultaneous measurement of concentration and velocity of a supersonic jet released into an incompressible crossflow. She then worked one year at the VKI as an assistant research engineer on the experimental characterization of the experimental performances of heat exchanger samples additively manufactured.
In September 2020, Aude started her PhD at the VKI, supervised by Piero Colonna from TU Delft. This research is part of a EU funded project named PANTTHER. Its objective is to improve the performances of hear exchangers present in the the vapor compression system of airplanes, and especially by improving the fluid distribution at the inlet of the exchanger, but also to investigate the impact of the use of low GWP refrigerants on the performances.