Francesco is an Italian aerospace engineer.

In 2014 he was awarded a First Class Honours Bachelor degree in Aerospace Engineering at the University of Bologna (Forlí Campus) with an experimental thesis in applied aerodynamics.

Soon afterwards he moved to Turin where he pursued a Master of Science degree in Aerospace Engineering at Politecnico di Torino, with a major in Propulsion Systems. He was awarded his M.Sc. degree in 2018, following his master thesis work at the Institut für Raumfahrtsysteme (IRS) in Stuttgart. At IRS he developed numerical tools for the investigation of the plasma properties in the core of a Inertial Electrostatic Confinement (IEC) devices and investigated the applicability of the IEC technology to space propulsion.

After a short working experience as Fatigue specialist engineer in the Aircraft division of Leonardo s.p.a. in Turin, he decided to move back to his field of expertise, joining the Propulsion and Power group at the Aerospace Faculty of TU Delft in 2019.

He is currently conducting his PhD research at the Ultrafast Laser Diagnostics laboratory, focusing on the development of novel ultrafast non-linear optical diagnostics, with particular focus on coherent Raman scattering spectroscopy, for the investigation of the dynamic evolution of ignition kernels in vitiated flows. 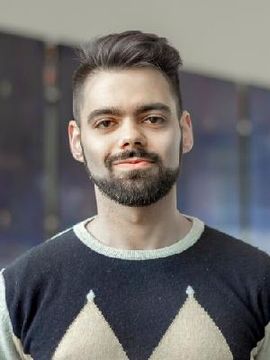