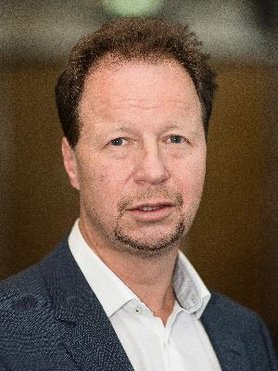 Hans Hellendoorn studied computer science with specialization Artificial Intelligence at the TU Delft and received his PhD in fuzzy logic in 1990. Until 1997 he worked at Siemens Research in Munich where he led a research group on fuzzy control. From 1997 to 2008 he worked at Siemens in the Netherlands as head of the training simulation department and subsequently as innovation manager.

From 1999 to 2008 he was part-time professor for ‘Industrial applications of computational intelligence’, the first years at Electrical Engineering, from 2004 at Mechanical Engineering, TU Delft. Since 2008 he is full-time professor in control theory. Since 2011 he is Director of Education and of the Graduate School at the faculty 3mE, this faculty counts over 4,700 students and 300 PhDs. From 2012 to 2018 he was Chair of the Delft Center for Systems and Control, since April 2018 he is chair of the Cognitive Robotics department. His research area is ‘Multi-agent control of large-scale hybrid systems’.

Hans Hellendoorn is co-author of four scientific books and author and co-author of over 200 scientific publications. He organized several international workshops and conferences. He supervised some 100 MSc students and over 20 PhD students.