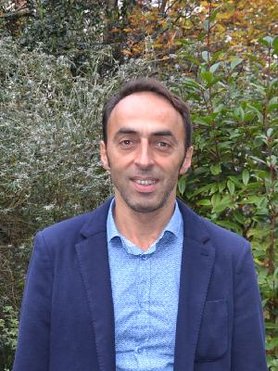 Roberto Cavallo is an Associate Professor at the Department of Architecture where he is currently head of the Section Theory and Territories and chair of the group Architectural Design Crossovers. He has been Director of Education for the Faculty of Architecture and the Built Environment (BK), Delft University of Technology (TUD) between 2014-2019. He rounded up his PhD at the TUD in 2008, obtained the IUS promovendi from the TUD Board of Doctorates in 2017, currently is member of the departmental Research Steering Team and promoter of several PhD candidates. In 2018 he was elected council member of the EAAE (European Association of Architectural Education) and he is founding member of the Architectural Research Network ARENA. In 2013 he worked at the Shanghai Academy of Social Sciences (SASS), Centre for Urban and Regional Studies (CURS), at the Faculty of Architecture of Hong Kong University (HKU), and in 2014 at the College of Architecture Urban Planning (CAUP) of the Beijing Technical University (BJUT). Roberto Cavallo has an extensive experience in organizing and coordinating international workshops, symposia, conferences and exhibitions, and he is often invited for (keynote) lectures and as member of scientific committees in international academic events in The Netherlands and abroad. He fulfilled many roles and tasks in education and build up an outstanding reputation in terms of academic leadership that goes beyond the department and the TUD Faculty of Architecture and the Built Environment. From 1999 onward he has been the main graduation tutor for over 150 students. Registered as a licensed architect, he has also several years of experience in practice.