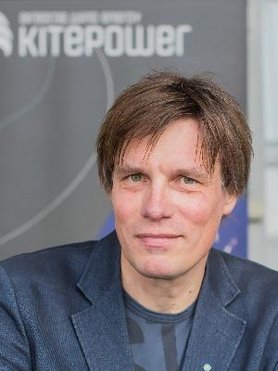 Roland Schmehl graduated in Mechanical Engineering in 1994 and received a PhD degree in 2003 from Karlsruhe University. He continued his research on computational modeling of multi-phase flows as post-doctoral research fellow and then as propulsion engineer at the European Space Agency, investigating, among others, a start-up anomaly of Ariane 5’s hypergolic upper stage engine. In 2005, he started as software architect with TNO Automotive Safety Solutions in Delft, developing a simulation tool for airbag deployment, and in 2009, joined the Faculty of Aerospace Engineering of Delft University of Technology as associate professor. Leading the pioneering Kite Power research group, he focusses on the multi-disciplinary challenges of airborne wind energy. In 2016, he co-founded with Johannes Peschel the university spin-off company Kitepower BV that develops a 100 kW kite power system.

Dr. Schmehl’s areas of expertise are

Dr. Schmehl has been involved in many national and international research projects, including