Dr. Z. Erkin is an associate professor in the Cyber Security Group, Delft University of Technology. He received his PhD degree on “Secure Signal Processing” in 2010 from Delft University of Technology where he has continued his research on Privacy Enhancing Technologies, particularly on Computational Privacy.
His interest is on protecting sensitive data from malicious entities and service providers using cryptographic tools. While his interest on solutions based on provably secure cryptographic protocols is the core of his research, Dr. Erkin is also investigating distributed trust for building such protocols without trusted entities.

Dr. Erkin has been involved in several European and national projects one of which is on Blockchain and Logistics Innovations where an unbounded scalable blockchain version with confidentiality is being developed.  He is serving also in numerous committees including IEEE TIFS, Eurasip SAT on Information Security, is an area editor in Eurasip Journal on Information Security and Elsevier Image processing. Dr. Erkin is a member of TU Delft Blockchain Lab, also serving as a core member of Cyber Security Next Generation ( CSng), a community of cyber security researchers in the Netherlands and ICT Next Generation ( ICTng).

I am currently involved in the following projects:

Here are some pointers...

I am also acting as a reviewer for the following journals. 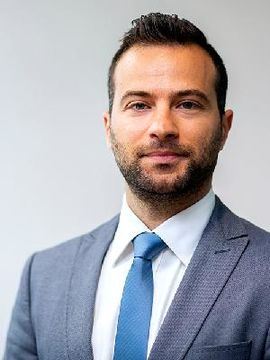