A shield the size of the European continent. Together with other scientists, TU Delft researcher Jeannette Heiligers is currently exploring the possibilities for positioning a gigantic sunshade in space to reduce the effects of global warming. A huge intervention which is not without downsides.

Around the world, people are planting millions of trees and we're investing in solar panels and wind turbines on a huge scale – all of this in an attempt to combat CO₂ emissions and consequently global warming. Yet, most measures like these need a considerable time to take effect. Moreover, we are not yet on track to achieve sufficient CO₂ reduction, says Jeannette Heiligers, assistant professor in Astrodynamics & Space Missions at TU Delft. 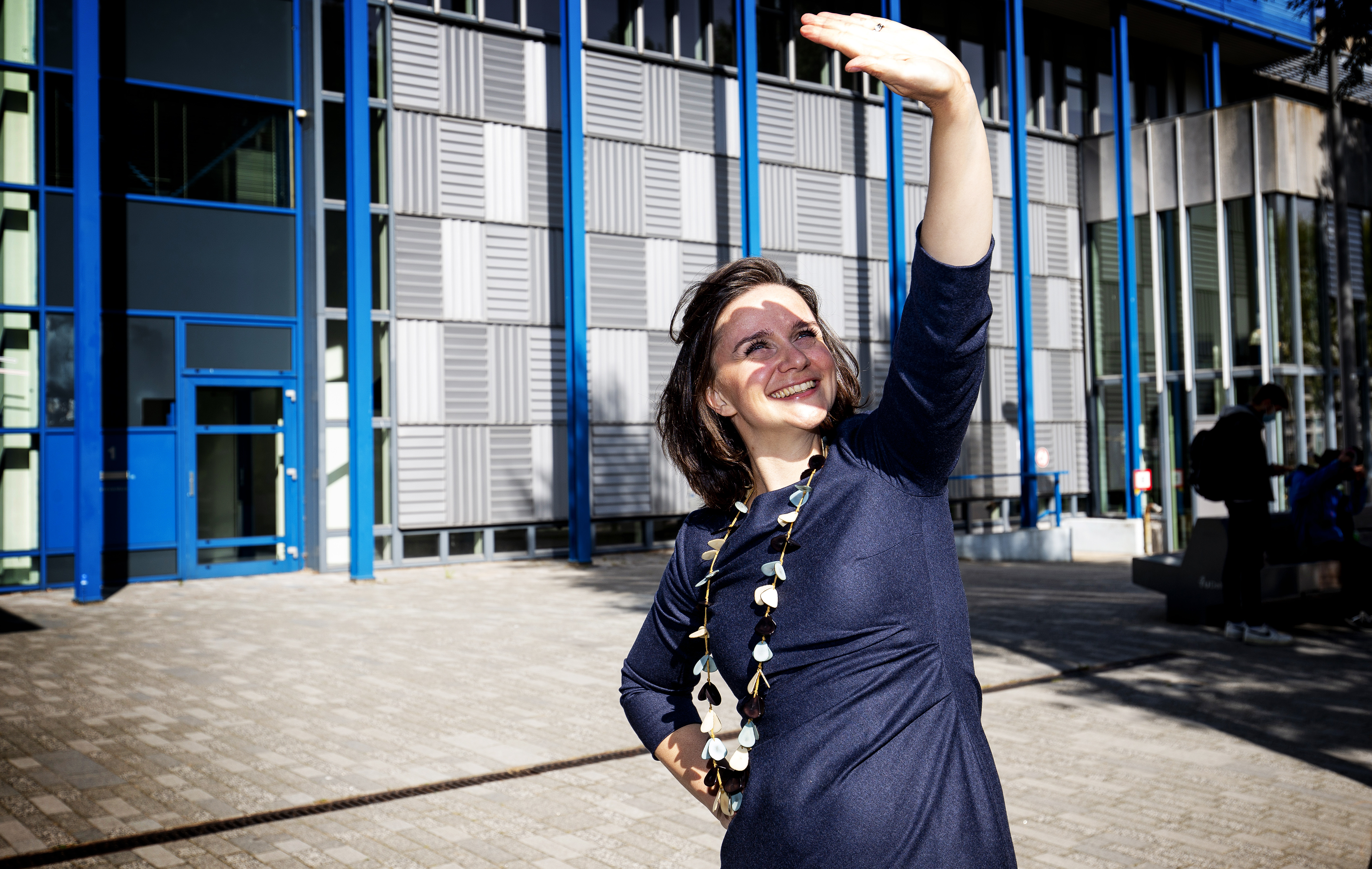 In order to gain time until we have reduced CO2 emissions to a sustainable level, we need to explore more drastic measures as well. For example, placing a solar shield in space that would block up to two per cent of sunlight received on Earth. This could be a useful temporary measure to prevent irreversible effects of climate change.

The solar shield – with an area of no less than ten million square kilometres – could reduce the temperature in the Earth's atmosphere and limit the effects of climate change. However, there are many challenges in a project of this nature. And not just the technological and practical challenges, Heiligers says. “It is quite something to interfere with a natural system on this scale. When it comes to placing a solar shield in space, there is a lot we do not yet know. What effect will a reduction in sunlight have on precipitation patterns, for example? And what are the consequences on a local scale? There are also ethical questions to be answered – How do we, as a society, feel about solving an earthly problem in space? We need to explore all these issues.”

The solar shield is one application of a solar sail. Heiligers has been researching solar sailing for more than ten years. “A solar sail is an extremely thin membrane that reflects solar photons. In small sizes, about 9 by 9 metres, a solar sail can be used as a propulsion mechanism for a satellite. Instead of using fuel, the satellite would be powered by solar energy. This results in a much cleaner form of propulsion and considerably extends the life of the satellite, as the sun provides an infinite amount of sunlight. This allows the satellite to reach places it normally cannot get to, such as certain asteroids, or it can hover above the Earth for extended periods of time to conduct scientific measurements.”

Next year, the first scientific mission will be launched that uses a solar sail as main propulsion device. The development of solar-sail technology as a solar shield is still in its infancy. At TU Delft, Heiligers is using models and simulations to calculate the optimal location for the solar shield in space. “To reduce the amount of sunlight received on Earth by up to two per cent, the solar shield only needs to cast a shadow on part of the globe. We have a location in space in mind that seems perfect for this purpose – the L1 Lagrangian Point. This point is located between the Earth and the Sun at approximately 1.5 million kilometres from the Earth. At that point the forces acting on a satellite or other object are such that it remains stationary with respect to the Earth.”

The insights gained by Heiligers at TU Delft are used as input by space agencies such as NASA and ESA, Heiligers continues. “They are engaged in the practical development of solar-sail technology that might one day be used to create a solar shield. For example, they are developing techniques to unfold solar sails in space and keeping them deployed – with deployable booms, for example. To be able to steer and control a sail, it needs to be attached to a satellite.” The manner in which a solar shield will be launched into space also requires a great deal of research. Heiligers: “This will require a great many launches, at any rate. And we do not yet know whether it would be better to send one large sunshade into space or several smaller ones.” 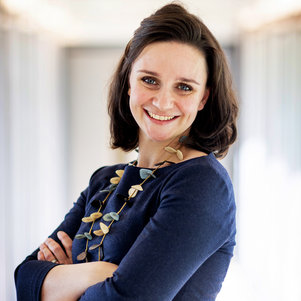 Positioning a solar shield in space is a form of climate engineering. Heiligers: “Geoengineering refers to the use of technology to intervene in Earth’s natural systems and limit the effects of climate change. Apart from using a solar shield, this can also be achieved by actively removing CO₂ from the air or introducing particles into the atmosphere to reduce the direct irradiance of the Earth. The advantage of a solar shield is that it directly blocks a portion of the sunlight , and that it can always be removed. We should use the period during which it remains in space to reduce our CO₂ emissions.

Because of the climatological and ethical questions involved, Heiligers is collaborating in an international consortium that is being led from Germany. In addition to engineers, this consortium includes climate scientists, ethicists and philosophers. Heiligers: “They consider the climatological consequences and the amount of support for such measures in society. Politicians will also need to support these measures; after all, it is they who will ultimately decide whether these plans are to be executed. Implementation will require international co-operation at any rate. Calculations show that this project will cost more than a trillion dollars; too much for one single country to bear. It is an incredibly expensive and complex project so I really can't see us having a solar shield operational before 2040.” 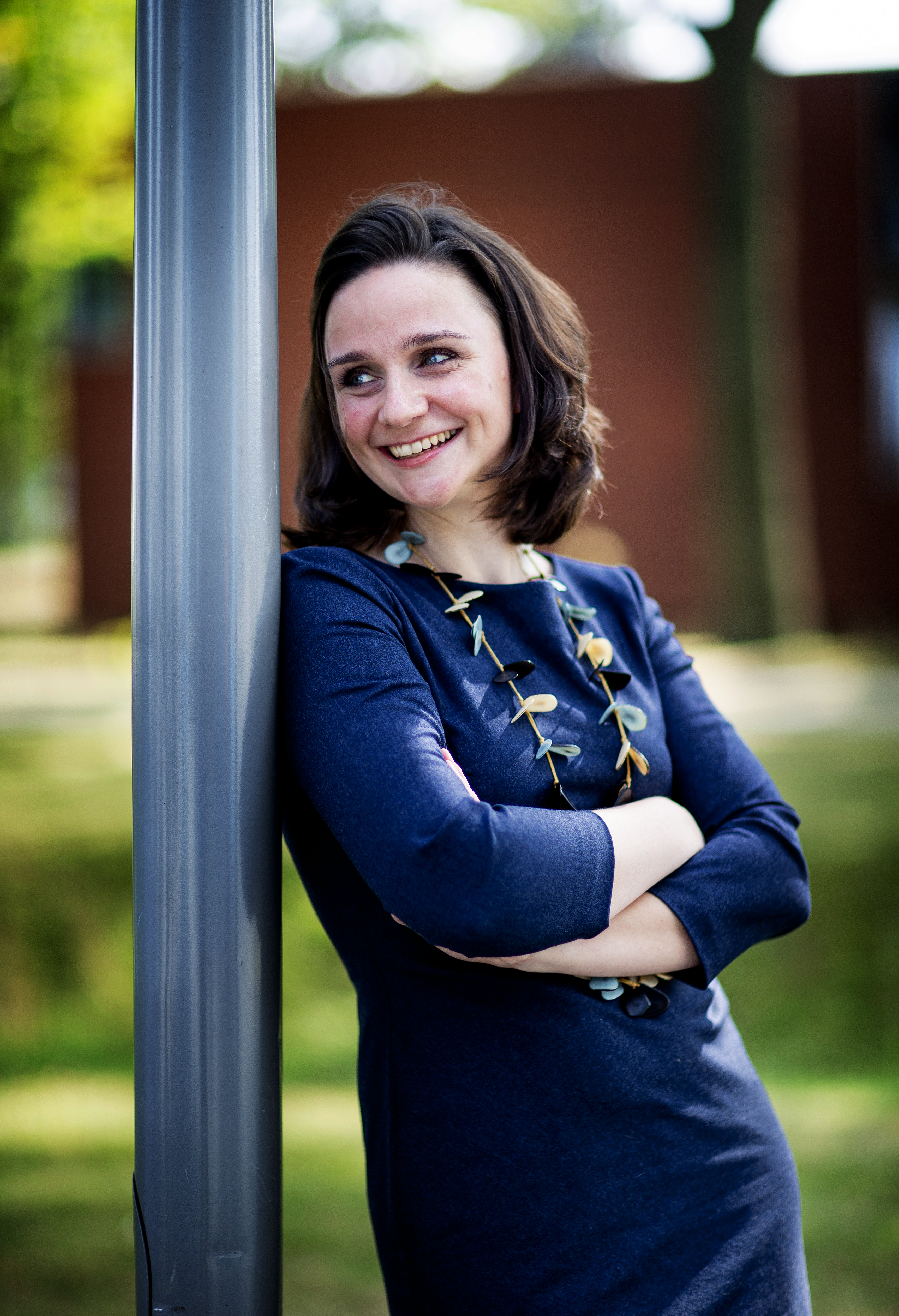 Heiligers loves that her research is contributing to making space travel more sustainable and that it may aid in combating the effects of climate change.

"Already at secondary school, I was fascinated by aerospace engineering, especially orbital mechanics. It is an incredibly elegant application of both mathematics and physics. Thanks to its green, sustainable character, solar sail technology offers infinite possibilities in space. It enables us to conduct more scientific research and provide new insights into the Earth and the  solar system. I hope that my research will enable many more space missions, so that we can tackle and  solve global societal challenges."