The Netherlands plays a key role in the world of international trade. With its 12 million containers every year, the Port of Rotterdam is the gateway to Europe and Schiphol airport is one of the most important hubs for air cargo. In recent years, the demand for safe and secure trade has increased, causing an explosive growth in expensive and time-consuming border controls. TU Delft has the answer: ICT solutions for more efficient, safe and secure trade lanes.

International trade chains are an important driving force behind the economic recovery of the Netherlands. However, terrorism and illegal trafficking are on the rise, while product and food safety is also a major cause for concern. As a result, border controls have been significantly tightened, conducted by Customs, the Dutch Food and Consumer Product Safety Authority (NVWA) and around 12 other enforcement agencies. The inspections they conduct are based on risk analysis: only suspicious consignments are inspected. However, the data required for this is often not available until a ship or aircraft has already arrived. Due to this delay in data availability it often takes another couple of days to select the right containers

Improving the efficiency of border controls

Importing or exporting a single container requires an average of 20 documents to be submitted to a whole range of governmental and other agencies, adding extra costs to international trade of hundreds of billions of dollars a year worldwide. There is also a wider impact: greater numbers of physical inspections and the associated bureaucracy lead to delays in processing and extremely long waiting times at the border, traffic congestion in urban areas and pollution from CO2, together with all of the related logistical costs and other expenditure. The crucial question is: how can more effective border controls be carried out in the interests of public safety (creating more safe and secure trade lanes), without causing more congestion and pollution around mainports such as the Port of Rotterdam and Schiphol? Internationally, the term ‘trade facilitation’ is used in this context.

The solution can be found in improved exchange of data between the various partners in the chain of international trade, especially in the country where the goods originate, and the bodies responsible for border controls. This means that knowledge is available well in advance about which containers are arriving, enabling those that are suspicious to be identified in advance by enforcement agencies. Most consignments can then pass through immediately and only a small percentage will have to be stopped for physical inspection. These advanced risk analyses make inspections more effective and vastly improve the efficiency of freight and cargo transport.

TU Delft is designing the ICT resources required to build the data pipeline: an innovative IT architecture whose main components are cloud computing and web services. As a result, a digital highway is created for the secure sharing of more accurate data between all parties involved in the international trade lanes. TPM’s ICT section is currently working on a range of areas, including the infrastructure and organisation of the data pipeline, cost/benefits models, governance models and multi-agent models.

The researchers in the ICT section at TU Delft have been playing a pioneering role in trade facilitation in Europe for 12 years. The first EU project was ITAIDE (2006 - 2010), followed by CASSANDRA (2010-2014) and CORE (2014 - 2018). The Netherlands Organisation for Scientific Research (NWO) is now funding the ISCOM research programme (Innovation in Supply Chain Compliance and Border Management), which was established in cooperation with Dutch Customs.

TU Delft has had two successful research proposals within ISCOM: JUST and SAtIN. The world is literally open for TU Delft, since the World Trade Organisation has now made trade facilitation its main theme for the next coming years and our Dutch government intends to play a leading role in this. Following the example of water management and other areas, the government intends to promote the innovation knowledge of TU Delft and its partners in the area of trade facilitation internationally. This innovation is set to become an export product itself! 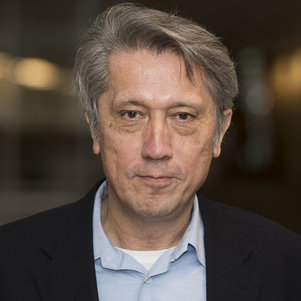