Professor of Urban and Regional Planning - Department of Urbanism

Spatial planning is receiving less direction from governments than it has in the past and this could have major repercussions for the appearance of European regions. Analysing trends like this is one of the main duties of Prof. W.A.M. (Wil) Zonneveld, Professor of Urban and Regional Planning.

Across Europe, neoliberalism is leading to a withdrawal of governments and to new opportunities for the market. This is reflected in such phenomena as the increasing segregation of income groups within cities and the scrapping of regulations for building on natural landscapes. A Dutch minister recently suggested the latter for the coastal areas of the Netherlands, but quickly withdrew the proposal after opposition from politics and wider society. “Achieving collaboration between various actors in an effort to sustain a cohesive spatial policy is a major challenge”, says Zonneveld. “Otherwise you run the risk of throwing out the baby with the bathwater.”

Spatial policy is more important than ever now because there are some major challenges ahead. National targets on climate-neutral construction and the energy transition inevitably have an impact on spatial planning. Rises in sea levels and water management are even more complex issues. How can we tackle such challenges when the government is becoming increasingly reluctant to take the lead? It calls for an interdisciplinary strategy and new forms of collaboration between government authorities and private parties, believes Zonneveld.

This is why his Chair in Spatial Planning and Strategy is conducting research into policy and spatial development. Key components of the research are governance and regional, national and European spatial policy. Governance is all about processes, laws and rules that determine how policies are directed and monitored. EU Directives determine how environmental legislation should be applied, among other things. Together they form the framework and room for manoeuvre for the various actors in spatial policy. Spatial planning no longer depends solely on government authorities – numerous other actors are now involved. The Chair researches decisions and interests that form the basis for policy and formulates policy suggestions in the light of that.

Since his appointment in 2008, Wil Zonneveld has been involved in numerous ESPON projects (European Observation Network for spatial planning). A major international comparative project on planning systems is currently underway. A key area of focus in the research conducted within the Chair of Urban and Regional Planning is the relationship between spatial design, governance and planning. Zonneveld is currently supervising three doctoral candidates conducting research on these areas. 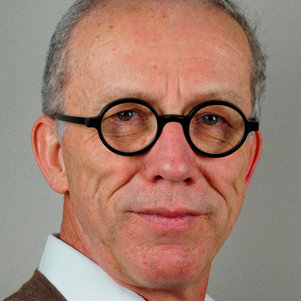