Questions on the road to the circular city

Questions on the road to the circular city

It may seem obvious that architects will help shape a circular economy. But how exactly? What role will they play in the emergence of a circular built environment? The one-year research project Circular City serves as an initial attempt to gauge views and experiences from professional practice. At a symposium on 3 February researchers from the Faculty of Architecture and the Built Environment will discuss with four architects’ firms their views.

Researchers Roberto Cavallo and Piero Medici from the Architecture department and David Peck from the Architectural Engineering + Technology department are involved in both the project and the symposium. Together with Tillmann Klein they will provide an introduction. In 2020, Medici interviewed architects from several Dutch firms about different aspects of a circular approach to work and design. He explains that architects vary in their commitment to a circular approach in their practice, pointing out that his interviews provide a good initial impression of the opportunities and constraints faced by architects. “Of course, we talked about shortages of many natural resources and the need to use resources sparingly. One of the questions this then raises is the extent to which architects should continue to design new buildings.”

David Peck finds it totally understandable that architects who have learnt that their prime role in life is to come up with ideas for new buildings, are not automatically enthusiastic about things like reuse. However, this is also a task for their clients, who often opt for new construction. This makes it even more important for people advocating a circular economy to explain that the creativity of architects will be vital if we are to pursue new pathways into the future. “At times, this discussion can be slightly acrimonious. It's as if a circular economy is something inescapable that will be imposed on us by regulations. But a circular economy is not just about planning, resources and materials, it’s also about a behavioural change and a balanced use of the available space by different groups of stakeholders.” Is there potential for retaining communal, shared spaces or developing them for the benefit of all city residents instead of just increasing urban compaction in favour of a prosperous upper class? Under what circumstances is it better not to build than to build? “I see new scope for creativity arising, and that's what this should also be about – and for architects maybe even a priority.”

Pioneering architects say that the use of sustainable materials and the reuse of materials are what really matters and the design actually follows on from that. “That’s still a bridge too far for many architects”, explains Medici. “For them, the design always comes first and the availability and affordability of materials follows.” Another factor in this, according to Peck, is that architects are still often commissioned to do work and are part of a linear economic process. “They simply deliver what is asked of them.” For a real change to the system to happen, the commissioning process needs to result in a circular approach. “Incidentally, I know one major firm that tells me they are increasingly being asked to work like this. There is definitely change in the air.”

A strong message that emerges from the interviews is that architects who really want to pursue a circular approach are reinventing themselves. Medici: “In cases like these, the architect's role is to drive a development rather than merely taking on a project with a clearly-defined role.” In order to be able to design for a circular economy, progressive architects not only need a wide range of knowledge, he says, they also need to act as sources of inspiration and knowledge for stakeholders such as local government or transform themselves into project developers. “This is where they face constraints.” As long as all sorts of costs remain associated with reuse, make this relatively expensive, the willingness to adapt business models will be low. By taxing the import and reuse of primary materials more heavily and labour less, a government could encourage reuse rather than discouraging it. “That will give architects the opportunity they need. Without that kind of intervention, the primacy of cheap, non-sustainable materials will hamper any transition.”

The aim of the project and the symposium is to position academic knowledge relative to practical experiences. The project also brings together various disciplines. “That’s exactly what our faculty’s Circular Built Environment Hub envisages”, says Peck. His own work includes research on the position of scarce materials in product design and urban material flows. “I often work closely with product developers and technical specialists. In order to identify and interpret the effect of a circular economy in the built environment, someone with my background needs to work closely with a researcher like Piero, who tries to get to the bottom of the architect’s perspective.”

The fact that the European Commission has taken Bauhaus as a model in its new research grants in order to work towards a circular economy is something that Peck sees as significant. “Bauhaus brought artists and technicians together, entrepreneurs and researchers. This combination of art, traditional craft and design ultimately proved successful in addressing both spatial and social issues such as a lack of housing among workers. Architects played a leading role in this and were at the forefront of coming up with new solutions.” That’s also how the circular economy needs to be approached, thinks Peck. “Last autumn, European Commission President Ursula von der Leyen said: ‘This is not just an environmental or economic project: it needs to be a new cultural project for Europe.’ It is up to us – researchers, designers and producers of buildings and living space – to join forces and take action and we need to understand each other better in order to do that.”

The Circular City project is funded by the Netherlands Organisation for Scientific Research (NWO). The Faculty of Architecture and the Built Environment’s partners in the project are Space&Matter and Het Nieuwe Instituut. Superuse Studios, RAU and CITYFÖRSTER architecture + urbanism took part in the interviews. An open access publication about the research project’s findings and the symposium will be available later in 2021. The results of Circular City have laid the foundations for larger research projects for which proposals are currently being developed.

The architect’s roles in the Circular Economy and Circular Society 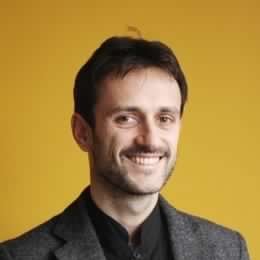 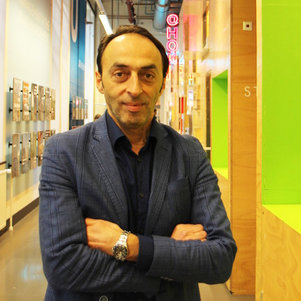 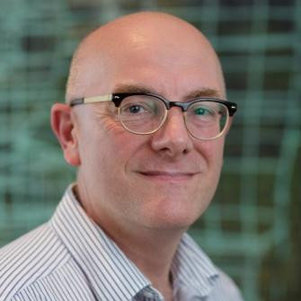