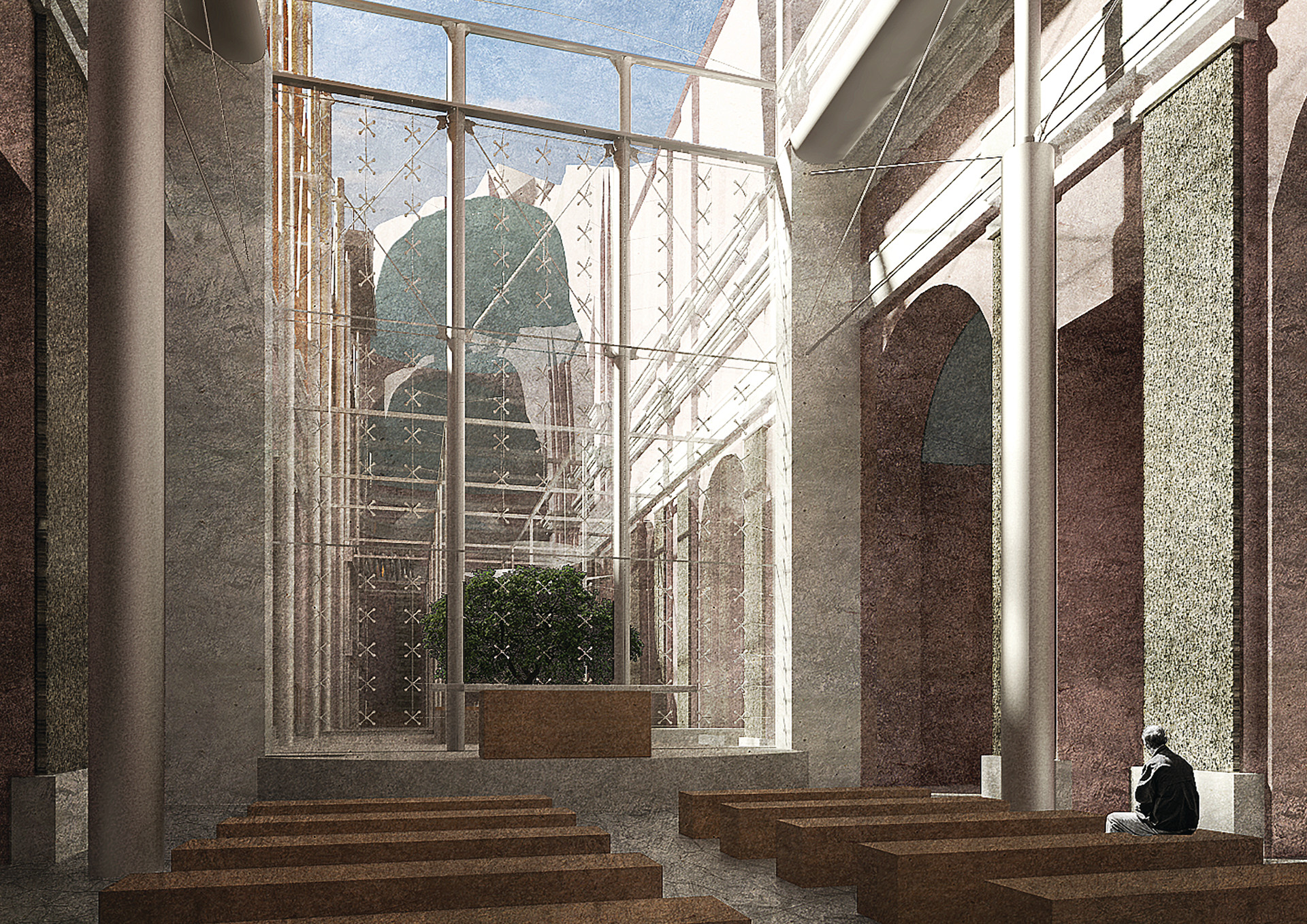 The revitalisation of the once vibrant city life in L’Aquila constitutes the core of this project. It is achieved through the creation of a public space that replaces – or, more accurately, reconstructs – a collapsed central church. The lack of public spaces caused by an earthquake on the 6th of April 2009 has slowed the process of re-population of the historical city centre. This intervention, containing public functions such as a praying chapel, multifunctional spaces, a bar, a restaurant, an open-air theatre and a panoramic viewport, is intended to be the starting point for the rebirth of this historical city centre and for its reappropriation by the former inhabitants.

The project aims to create an alternative to conservative reconstruction of public buildings and churches by establishing a symbiotic relationship between the old and the new. The ruin of the church is structurally supported by the new intervention, while the old structure offers a structural and functional base to the new building.