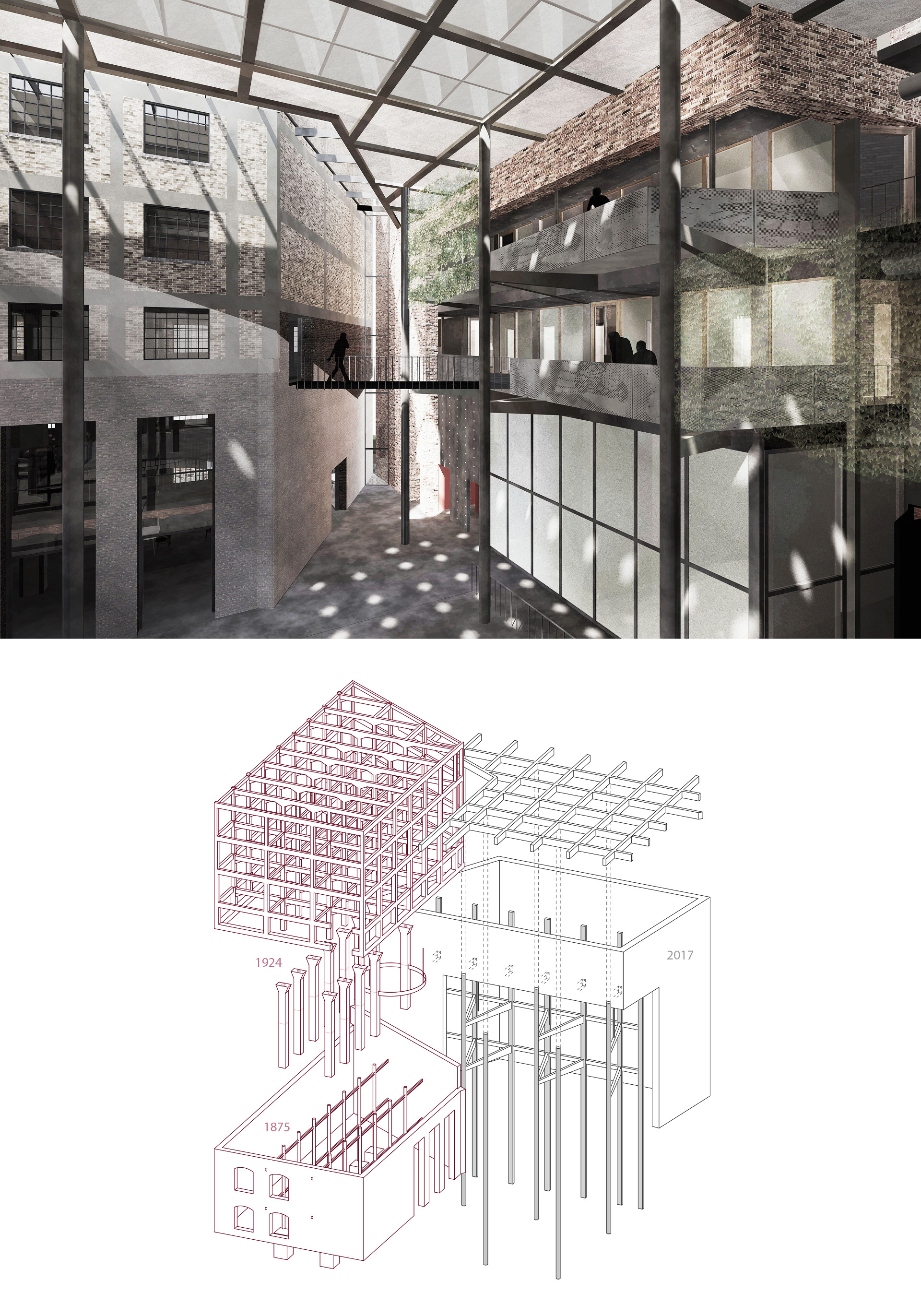 The Brikkengebouw lies desolate on the former factory site in the centre of Maastricht. Awaiting redevelopment, the question rises how the building and its context will be part of the city again. Within architecture there is and always has been a relationship between the dichotomy of the permanent and the temporary. The research has shown that when a building's construction or 'bearer' is valuable (for example, because it has architectural qualities), there is a greater chance of conservation. For me, this theme is deeply entangled with the term sustainability (relating architecture). When a building is wanted to be maintained because it is appreciated, we can consider it 'a monument'.

Within the design part of the thesis, it has been attempted to design a monument. A strong bearer that could withstand the trials and tribulations of time. A building that has a certain adapt ability, but whose construction is stern and proud. The existence of the Brikkengebouw (by itself a fusion of two construction periods) continues merged with new construction.