Methods of Analysis and Imagination 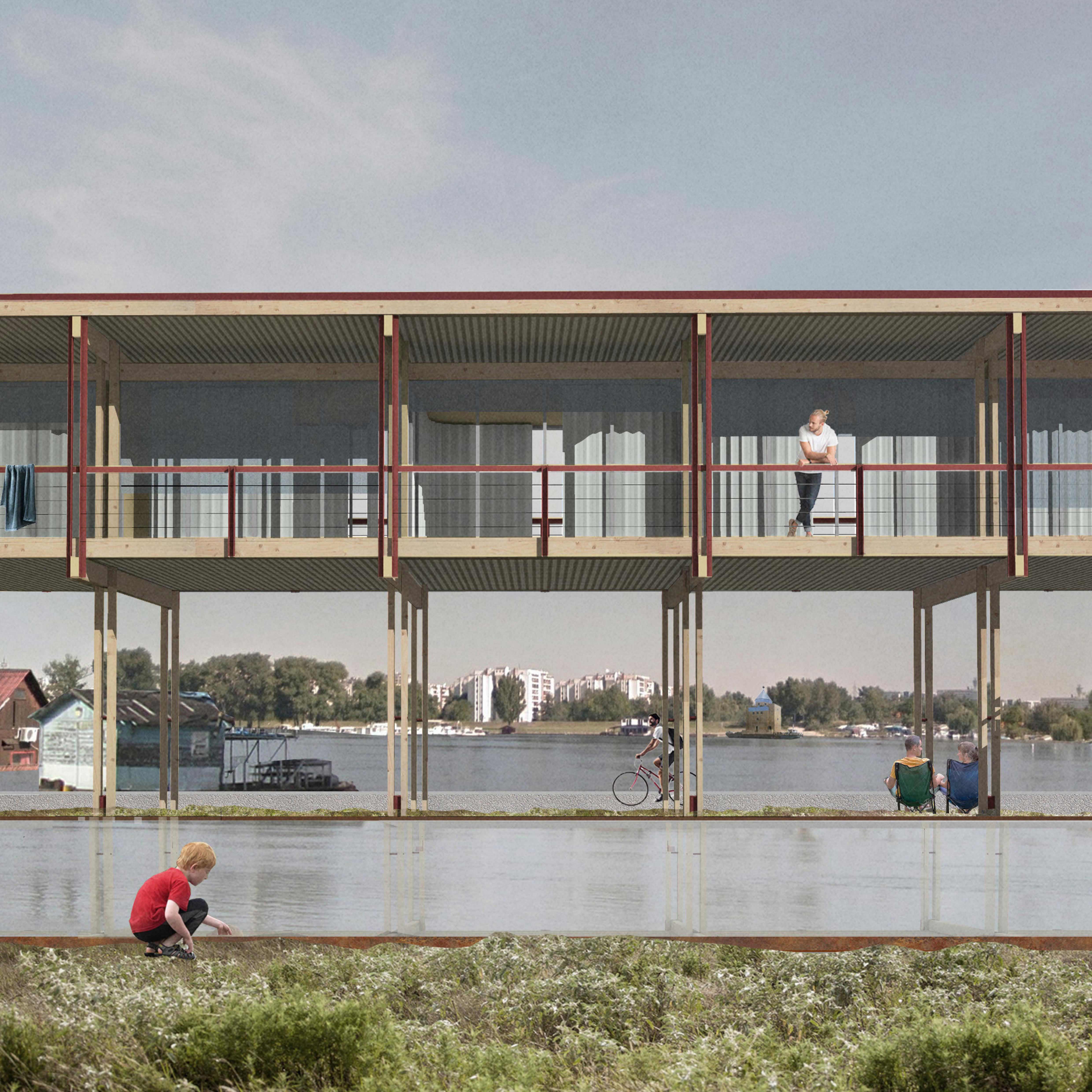 The project started from a collective investigation on Belgrade’s floating constructions called splavovi. While the proposal recognises the many qualities of these informal structures, it also acknowledges their autonomous nature and the riverfront privatisation that they generate.

Hotel Ciganlija proposes a more collective form of temporary living on Ada Ciganlija, an island in Belgrade’s periphery. By challenging the commercial ambition of traditional hotels and by reconsidering the qualities of the lobby, restaurant and bedroom as spaces of encounter and negotiation, it develops a more inclusive architecture of hospitality which could encourage cooperation between temporary and permanent residents of the island. This civic role of the hotel is also expressed in its materiality, which reinterprets the everyday tectonics of the surrounding splavovi. Their physical and symbolic lightness as well as their circular nature have helped with setting the goals for a resilient architecture that mediates between its earthbound nature and the necessity to find light ways of landing.