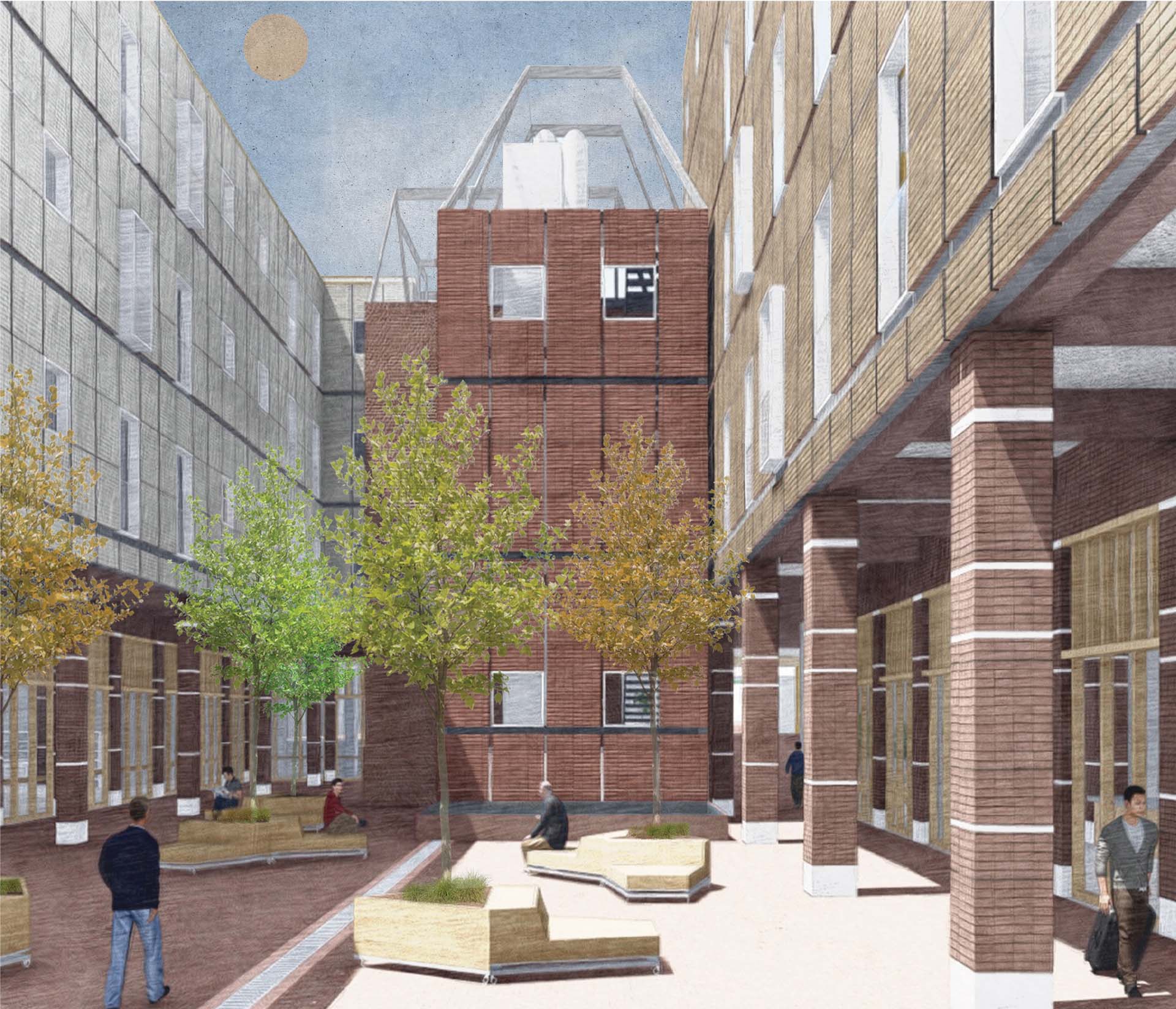 Over the past century, new construction has resulted in the demolition of innumerable historic buildings within our urban environments. This is the motivation for the present heritage project, which focuses upon the urban block of the former V&D department store in Leiden.

Architecturally, the main intervention is the creation of an inner courtyard, which refers to an alley that existed there until the 1970’s. The surrounding facades capture the spirit of the original design by Leo van der Laan from the 1930’s, and are cladded with steel panels containing brickwork. This contemporary form of craftsmanship in brick is a conscious decision, connecting the new design with the original aesthetics, and simultaneously making it sustainable, as these panels are easily reused. The new courtyard brings to mind the urban block as it used to be, making people aware of the value of historic architecture, which is primarily a public matter.