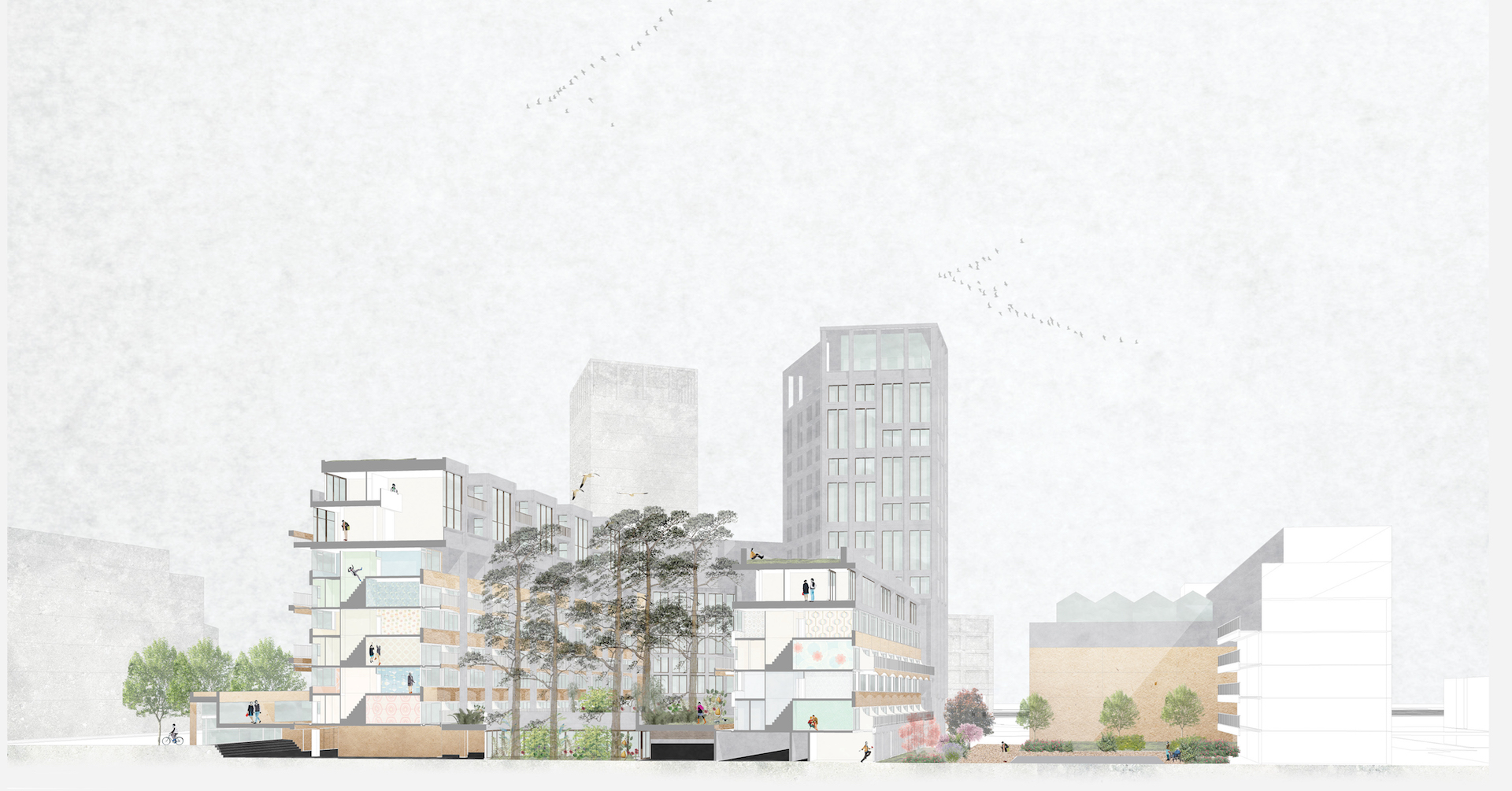 All for one, or one for all?

How to increase the density of an existing neighbourhood to provide twice as many dwellings as currently exist?
The Dutch Housing studio is concerned with how design responds to current and future needs of residents within the city. In the case of this specific project, a densification and transformation project for the Kattenburg Estate in Amsterdam, a more pertinent question to ask is – ‘If the density of the existing neighbourhood is doubled who will live in the area?’ Beyond numbers how will the new and old residents integrate, despite their varied backgrounds?

State-provided mass housing across Europe is reaching the end of its useful life and requires investment to sustain inner city affordability. The political motivation for this has declined as societies move away from welfare-state provision to more neo-liberal, market-led models. The Netherlands is forecast to attract substantial foreign investment into its housing market, which has resulted in gentrification and the loss of affordability in cities like London.
This project, through the scenario of a community land trust and adaptation of existing buildings to provide opportunities for new and existing residents, reflects upon the socio-political condition and synthesizes multiple factors into a design proposal. As such it resonates beyond the site itself into a much larger discussion concerning urban renewal, gentrification and affordability.