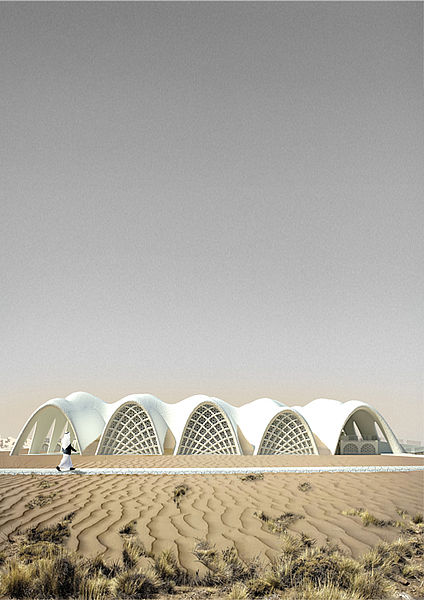 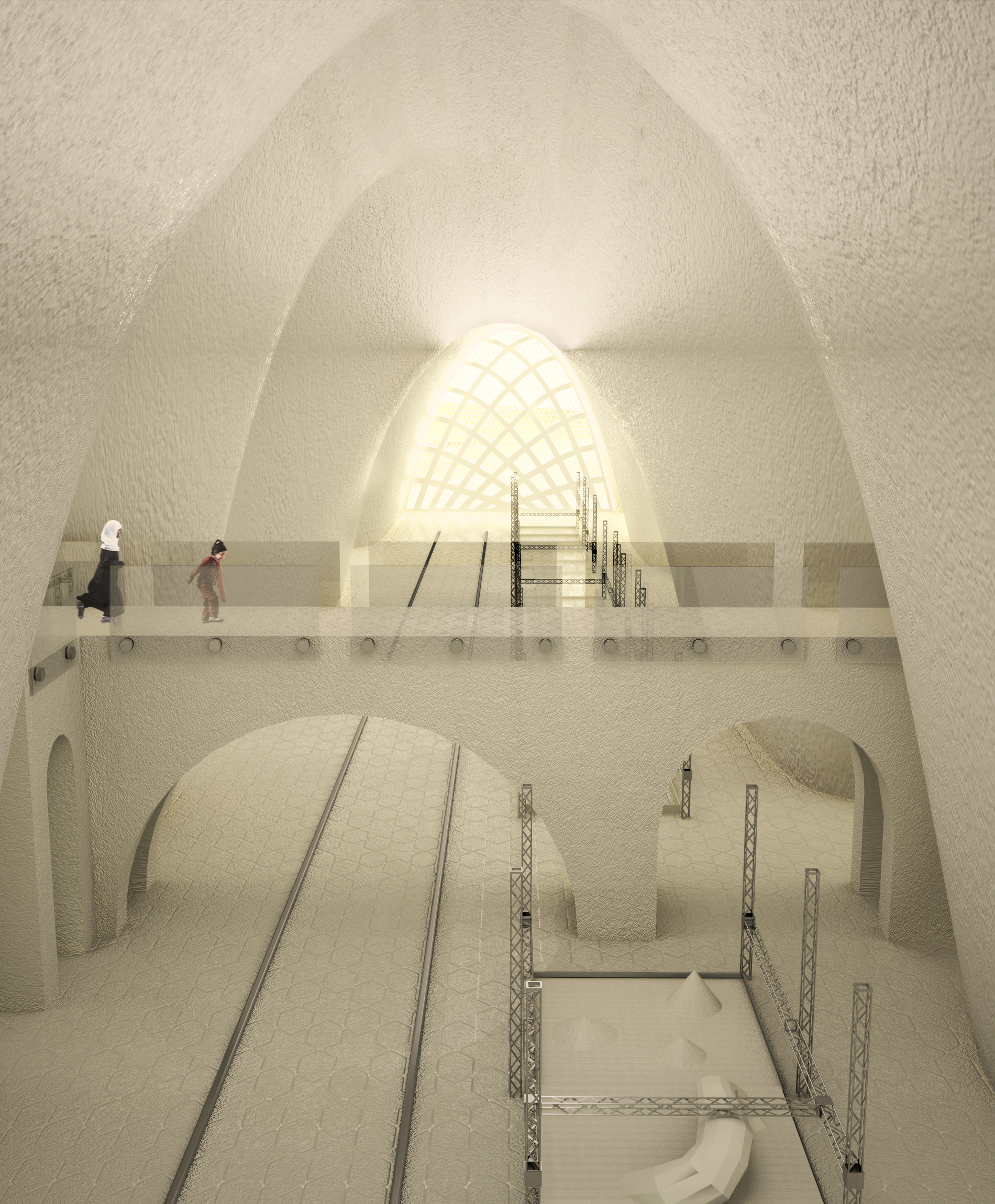 ‘Desertification is the greatest threat to our planet’ according to UN officials. This project is a biomimetic attempt to combat this desertification by exploiting the notion that many deserts are paradoxically close to large amounts of water – seawater. The project consists of a seawater infrastructure in which the seawater is separated into fresh water and salt. The fresh water is used for growing crops and greening the desert. The salt is used for building a community, fully integrated in the seawater infrastructure – a salt city in the year 2035.

The salt-based building material is developed and tested on durability, density and compressive and tensile strength. The material can be cast in moulds and 3D-printed. This happens in The Salt Factory - a key element in the seawater infrastructure. It is an architectural exploration into this new material, researching structural possibilities, colour, translucency, smell, production process, buildabilty, climate control, texture and taste.