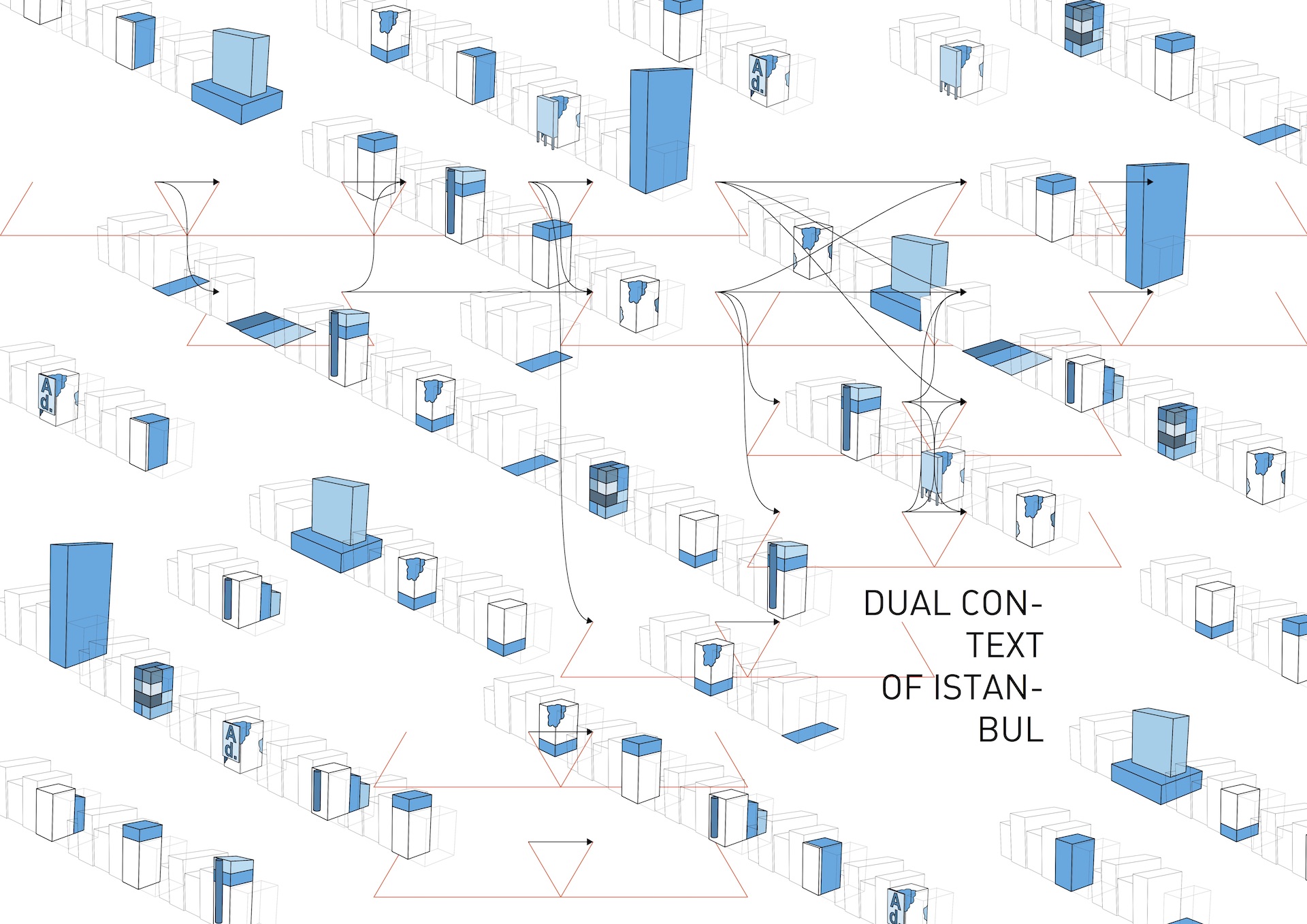 City of Istanbul is facing radical transformation on everyday basis. The creation of urban environment suffers from apparent dichotomy between the formal conduct of governing institutions and the informal creation of communities inhabiting it. Both drawing motivation from their own socio-historical backgrounds; imported profit induced western one and traditional Islamic one, respectively. The hypothesis of Dual Context was conceived as a basis for development of knowledgeable proposal for a site in the heart of the city, where a local community is facing forced gentrification imposed by local governing authorities. Aiming to balance this radical process, the proposed programme driven intervention is acting as a mediator between both involved parties. Building upon local manufacturing heritage, the intervention is adhering to the traditional craft procedures, while opening its workings to wider public. Thus, not only ensuring economic potential of the site, but also securing the continuation of the local community legacy.