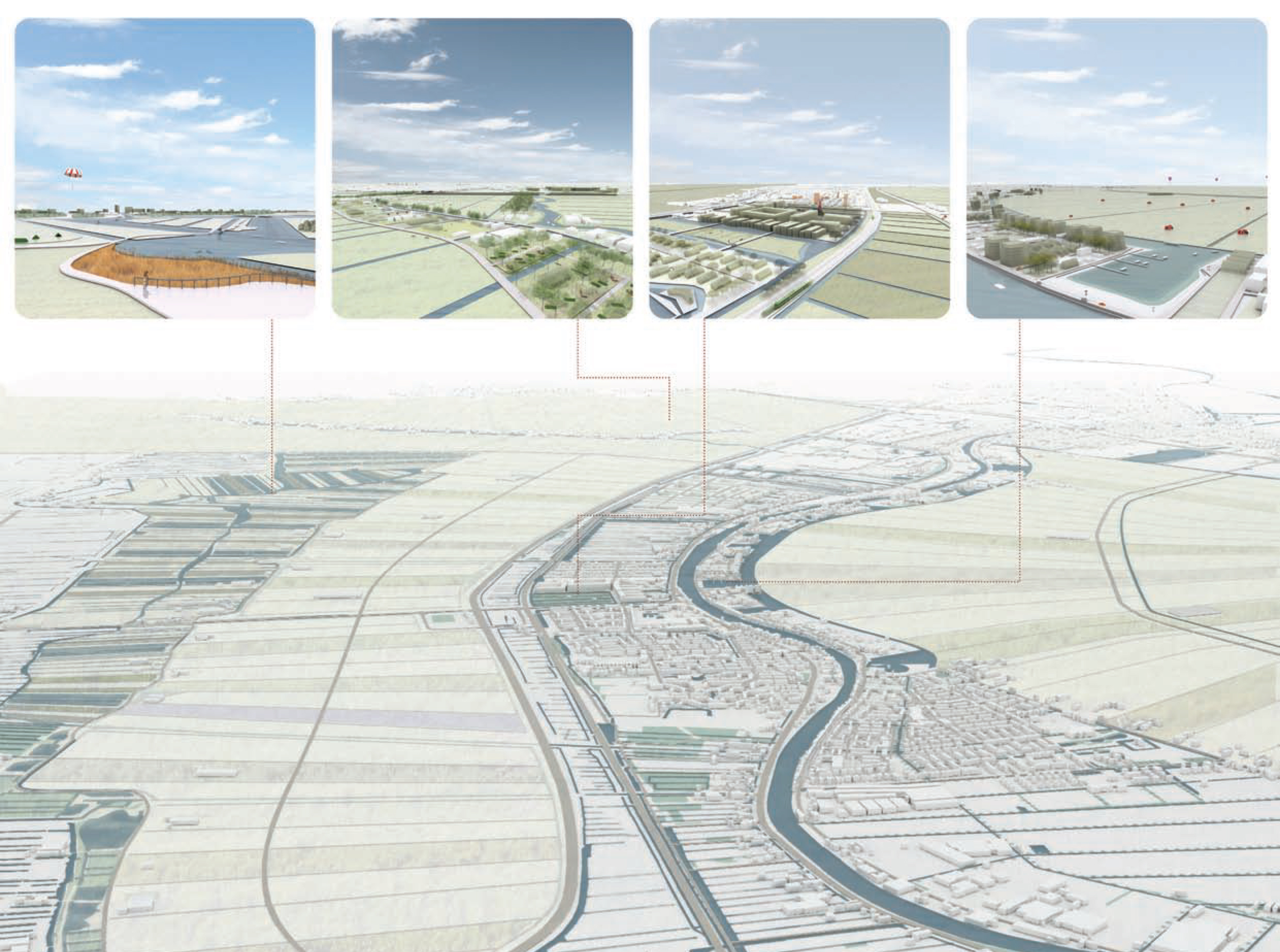 Adieu compact city As stated by Jan Neutelings, in a complex area like the Randstad conurbation the model of compact city based on the romantic polarity between a paradisal Arcadia and a megalomaniac metropolis has long been inadequate for interpreting the reality of the situation. The dissolution of the old European town seems to be irreversible, although nobody can predict its specific future formation in social and spatial terms. In view of the structural problems and uncertainties, how can town planning find a way from its present resigned position? From the Randstad to the patchwork metropolis The concept of the patchwork metropolis overcomes the compact city limits, defining a new territorial structure composed by an endless juxtaposition of shifting patches. A model that considers planning as a pointless activity. Should we just give up in front of the impossibility to coordinate the Randstad? The necessity to guide The aim of this project was to allow and guide the transformations, that anyway will affect the territory, respecting those main qualities that characterize each patch. According to the highlighted features and the relations with the slow and fast networks some patches will be protected within an accelerating territory under changing processes. The patchwork model calls for a change of paradigm: the fact of the matter shifts from where to build the next patch of neighborhood, towards how to build within the patchwork.