Tehran has a Coastline 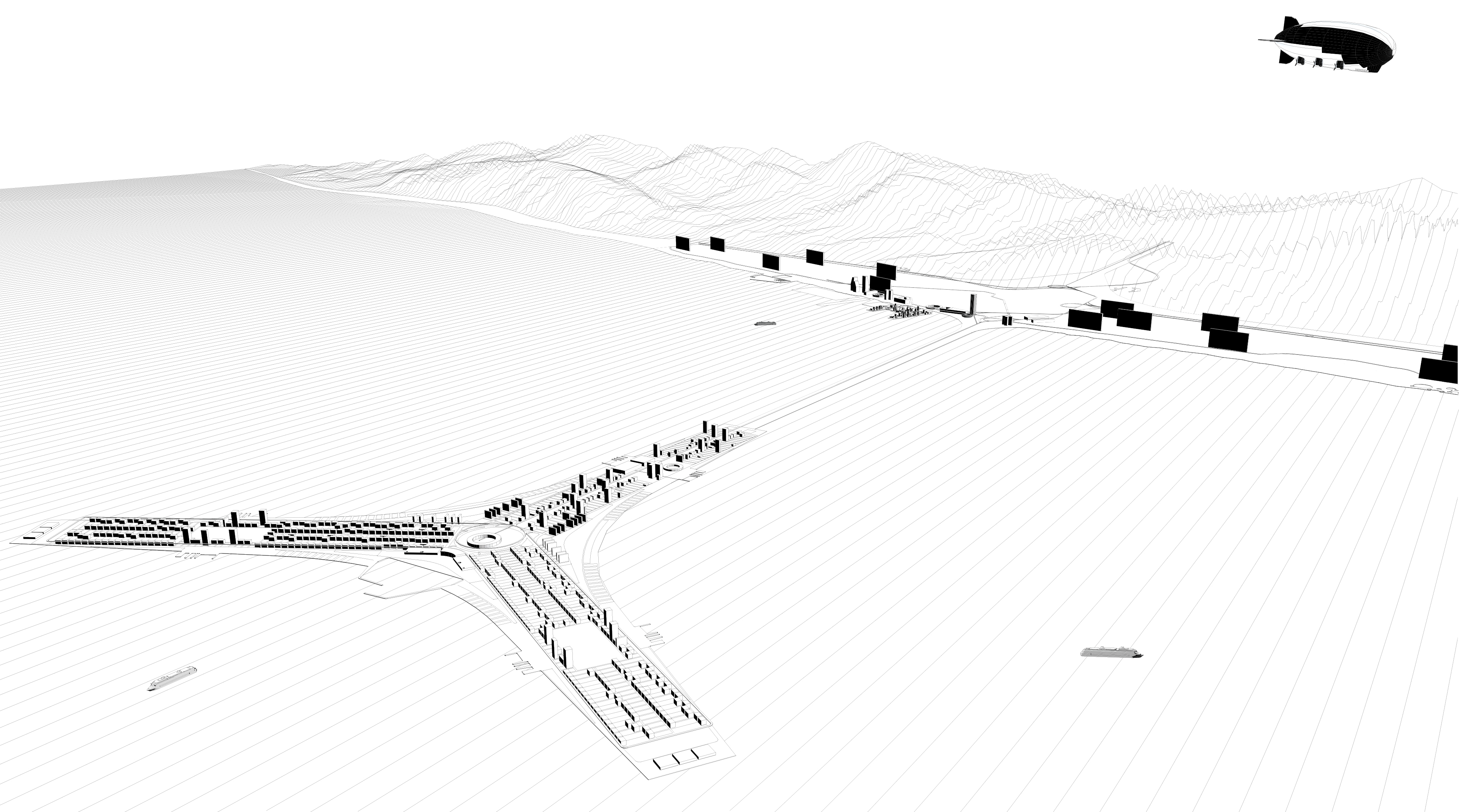 Tehran as a New Town can be described as those human settlements that were founded at a certain moment in history by an explicit act of will, according to a preceding plan and aiming to survive as a self-sustaining local community and independent local government. It indicates the role of the City as, New Town, as an iconoclastic form of Political expression via Planning. The Problem By 2050 Tehran needs almost double urban area with the current density. But the city is geographically limited. The problem is becoming serious when the city finds the way to expand beyond its natural limits. New territories will be attached to the Tehran’s plain, as a part of time-space perception of the city, which will increase the uncertainty and it will make the city freeze in a transition form. The spatial structure of the city is very complex. It is the physical outcome of the subtle interactions over centuries between land markets, topography, infrastructure, regulations, and taxation. The complexity of urban spatial structures has often discouraged attempts to analyze them and even to try to relate urban policy to city shape. The Method Different dimensions of the question are being explored in each part; the thesis has structured based on series of hypothesis in different scales. The attempt is directed towards exploring different possible futures for the Region [by 2050]. The main theme has formulated as the form of Scenario: What if Tehran had a Coast