Claire Chassagne is interested in linking the large-scale properties of clay suspensions and sediment beds, as monitored in-situ and measured in the laboratory, to their micro-scale properties, and in particular to the clay surface charge. These micro-scale properties, depending on parameters like pH, ionic strength, type of ions, organic matter (polymer) content, etc... are needed to understand the stability of clays and their flocculation behavior, the strength of aggregates, the physico-chemical properties of slurries (viscosity, shear strength) and sediment beds (consolidation, permeability).

After that she was a post-doctoral researcher at the University of Geneva, Switzerland (2003) and the Norwegian University of Science and Technology (NTNU), Trondheim, Norway (2004-2005).

Member of the organizing and scientific committee of the EREM 2011 held in Utrecht, July 2011. 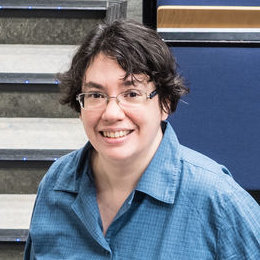 The mechanics of fluids