In search of the plastic soup

To better understand the whereabouts of floating plastic soup, you need to investigate how the water moves at different depths. Angeliki Laskari, researcher of Multiphase Systems at TU Delft, therefore studies fluid dynamics, the science of the movement and flow of water. Her ultimate goal is to help predict how plastic spreads in water.

Large pieces of plastic from air mattresses, bags and packaging materials are bobbing around in our oceans. Beneath the surface of the water, they descend in tiny pieces almost like snowflakes. They continue to sink to the dark bottom as they pass colourful fish, enormous turtles and sea cucumbers.

This plastic is causing massive problems. It’s polluting the sea and threatening marine life. Fish are eating it, choking on it and getting tangled in pieces of plastic. Waves and currents cause the plastic to travel for many kilometres at rapid speeds. As a result, it can be found almost everywhere. Sometimes it floats on the surface of the water and sometimes it sinks to the seabed.

How is it possible that plastic is ending up in so many different places in the water? This has to do with fluid dynamics, the science of the movement and flow of water. Scientist Angeliki Laskari of TU Delft’s 3mE faculty is investigating this phenomenon. “I’m trying to understand the movement of water. So we can predict how plastic is spreading.” 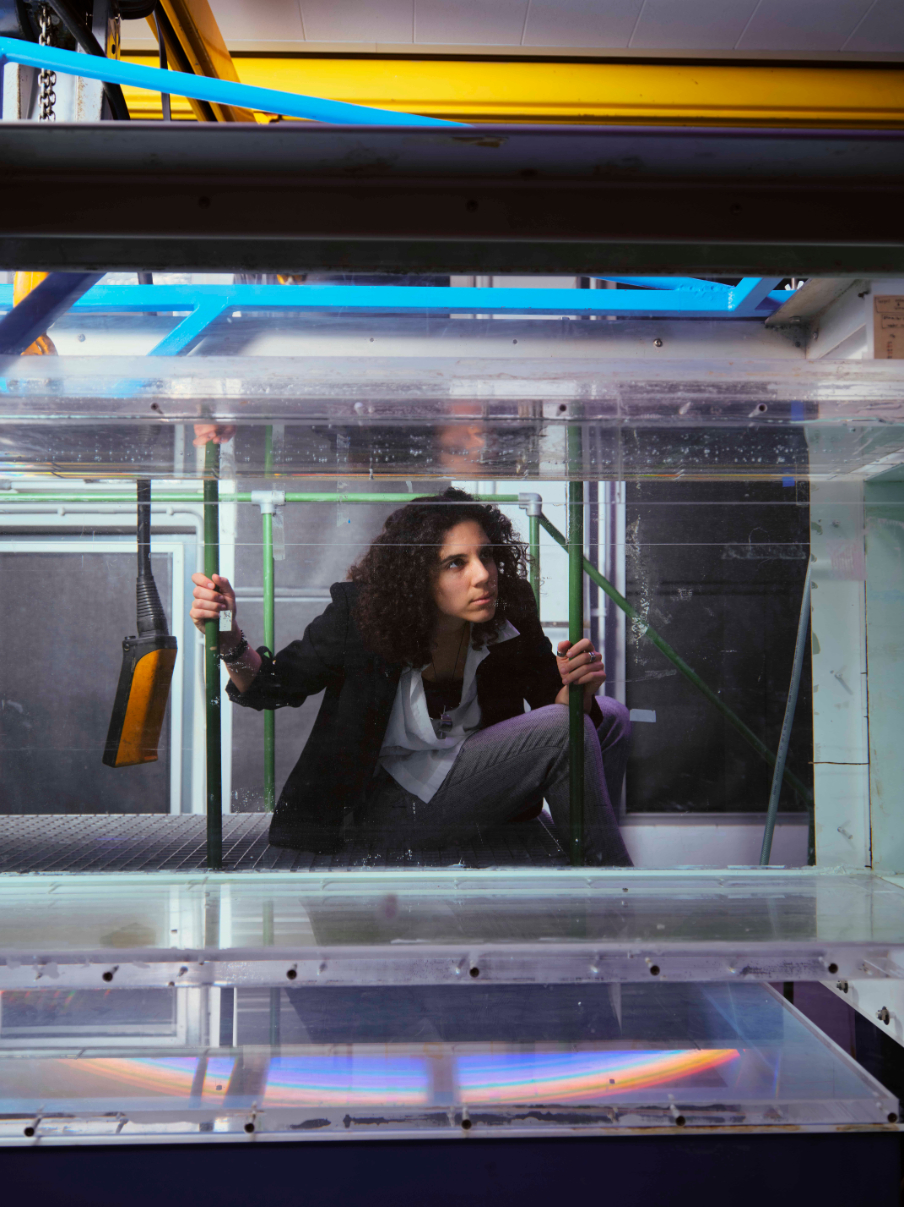 I’m trying to understand the movement of water. So we can predict how plastic is spreading.

That seems simple at first sight. You can see a plastic bag floating on the water, for example. But it’s incredibly complicated. Because nothing is easy to predict on water. We’re not only talking about large piece of plastic, like bags, but also micro-plastics. Tiny pieces that disrupt marine life. They’re carried away by waves, currents beneath the surface of the water. “The temperature and the presence of bubbles also play a major role,” Laskari says.

That’s why you first need to have solid, fundamental knowledge of how water moves at various depths and also under different conditions. What’s the weather like? How warm is it at different depths? What role does turbulence, underwater vortices, play? “Science has already generated a lot of knowledge, so we have developed ideas about this. But we’re not there yet. We still need to further improve our understanding. Particularly regarding movements under the surface of the water. For example, when plastic has sunk.” 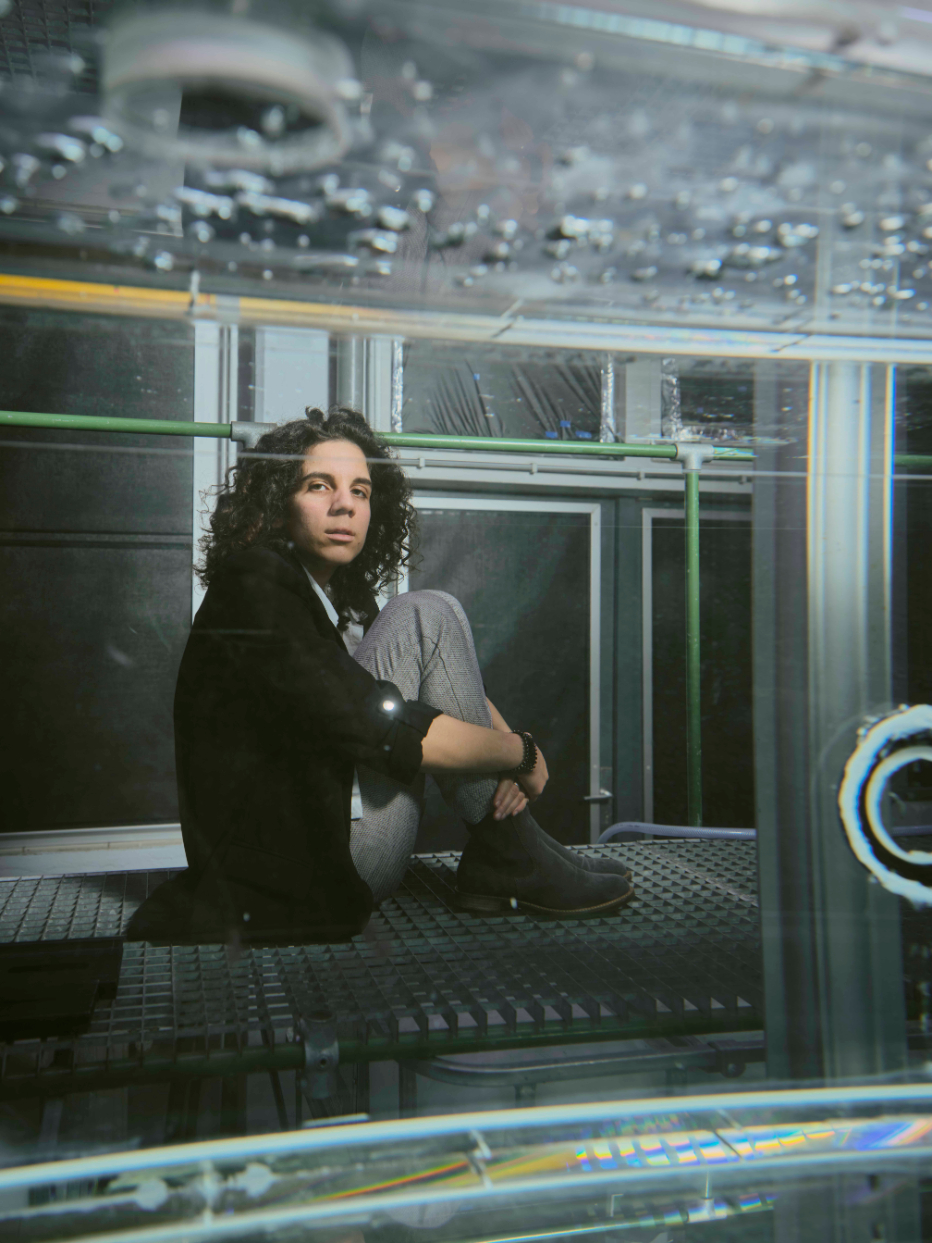 The ultimate goal is to predict where the plastic will end up. When a piece of packaging material blows into the sea in Scheveningen, you know that certain parts of it will end up in Den Helder and others near Dover or even Boston. 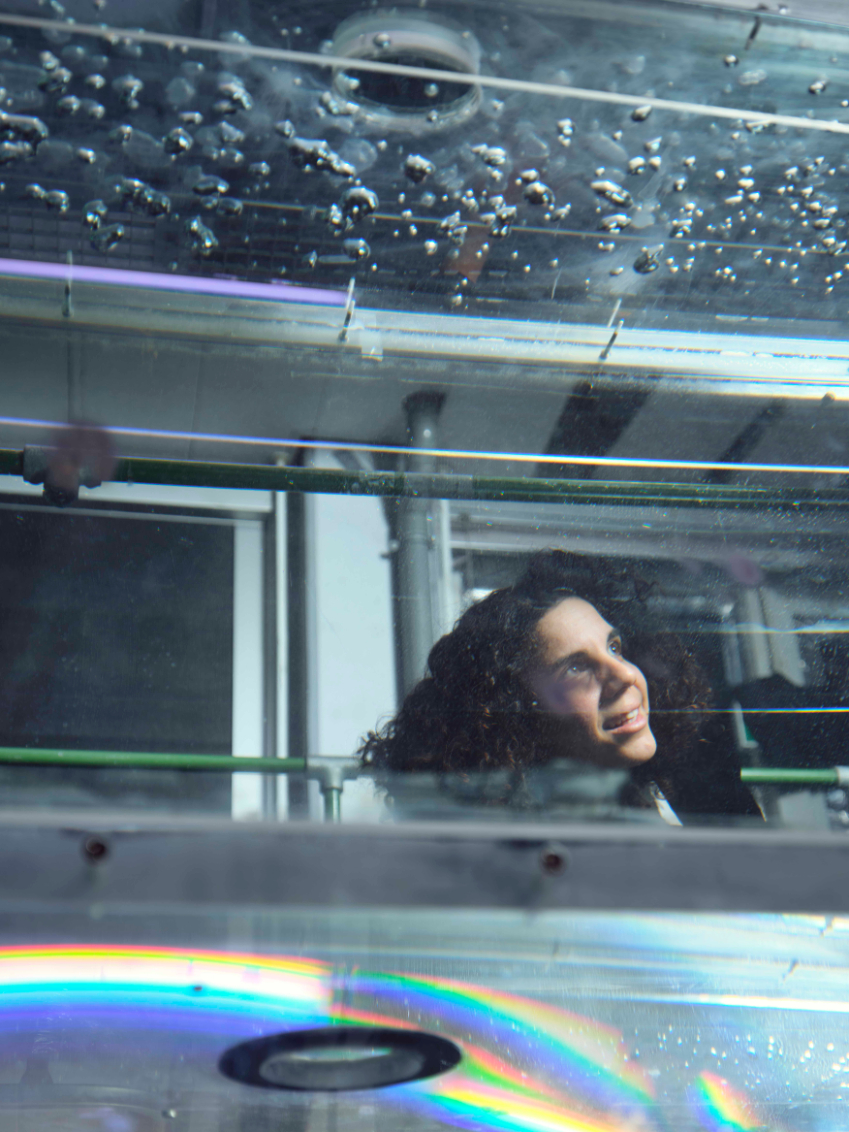 Laskari conducts many experiments in the lab at the 3ME faculty. She uses a pipe that not only contains water, but also bubbles and small particles. “We want to know how all of this moves under different conditions. If you shine light on it, you can barely see through the particles. That’s why we measure what happens with ultrasound. You can compare this with the technology used to create images of babies in the mother’s womb. We use similar technology to visualise how everything moves in the pipe.”

It’s difficult to interpret these images with the naked eye, however. Everything is constantly moving in the water: all kinds of particles of different sizes, as well as air bubbles. “That’s why we’re using an algorithm, a calculation program that monitors how everything has moved. This allows us to see the speed, height and concentration of particles.”

The ultimate goal is to predict where the plastic will end up. When a piece of packaging material blows into the sea in Scheveningen, you know that certain parts of it will end up in Den Helder and others near Dover or even Boston. “Sometimes we see a lot of particles in one place. Why is that? That’s something we want to find out too. But we haven’t reached that point yet. To make a solid prediction, you first need to understand exactly how all those movements under the sea work and how particles react to them.”

This fundamental knowledge can lead to even more applications. For floating solar panels, for instance. “They’re placed on flexible structures so they stay afloat. I’m examining how they react to waves and the currents beneath them. Here, too, we want to predict how the solar panels will react to the water in different weather conditions.”

This combination of fundamental research, which examines how something works, with practical applications appeals most to Laskari. “It gives me great satisfaction to know that my work is socially relevant. I want to do my part and contribute to something that makes the world a better place. At the same time, I find it fascinating to discover exactly how things work. That’s why the fundamental side also appeals to me.”

It’s no coincidence that Laskari is working with water. She’s from Greece, where she spent summers on Serifos, one of the country’s many islands. “There was water everywhere. My father had a small boat and we often went sailing in it. I played near the sea almost every day. One of the reasons that I love living in the Netherlands is that there’s water everywhere here too.”

So it’s a subject that has a firm hold on her. “It still makes me curious. Water is never boring. It’s constantly changing. That’s why it’s so difficult to predict, because you have to study everything you want to say about it very carefully first. In fact, that’s why the subject still has my attention.” 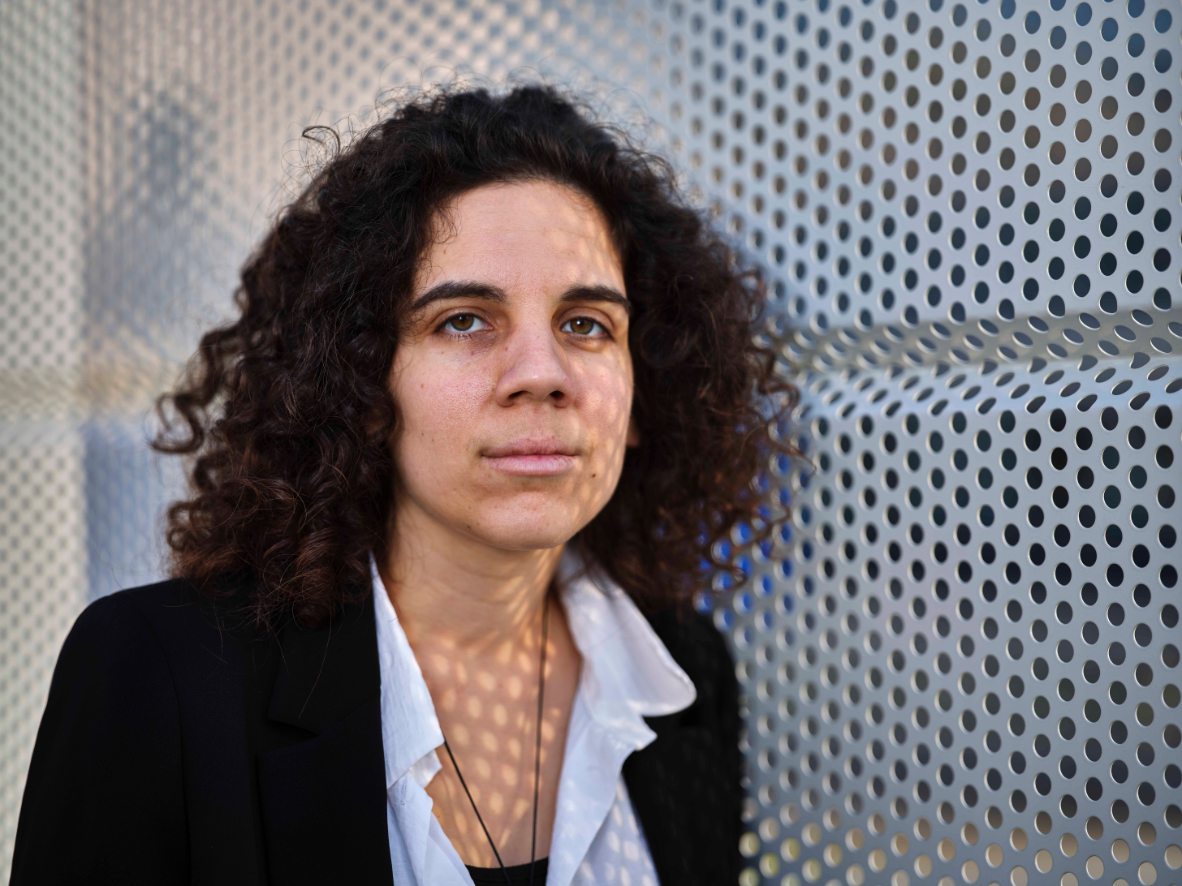 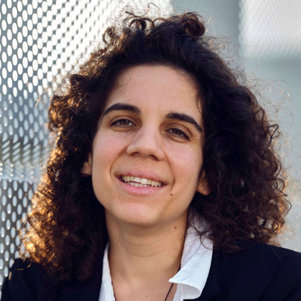