A student is hitting a metal plate with a hammer while another is looking at a computer screen in a nearby tent. What (on earth) is happening here? ‘We’re studying the earth’s interior,’ PhD and geophysicist Myrna Staring says.

Even as a small child Staring was fascinated by the earth and what was going on inside it. ‘I collected all kinds of rocks and wanted to know about things like earthquakes and volcanos. And when I discovered that there were ways to actually look inside the earth I was sold.’

Staring uses the hammer and the metal plate to make a digital image of  the subsurface.   But the picture appearing on the screen is not always a true one. 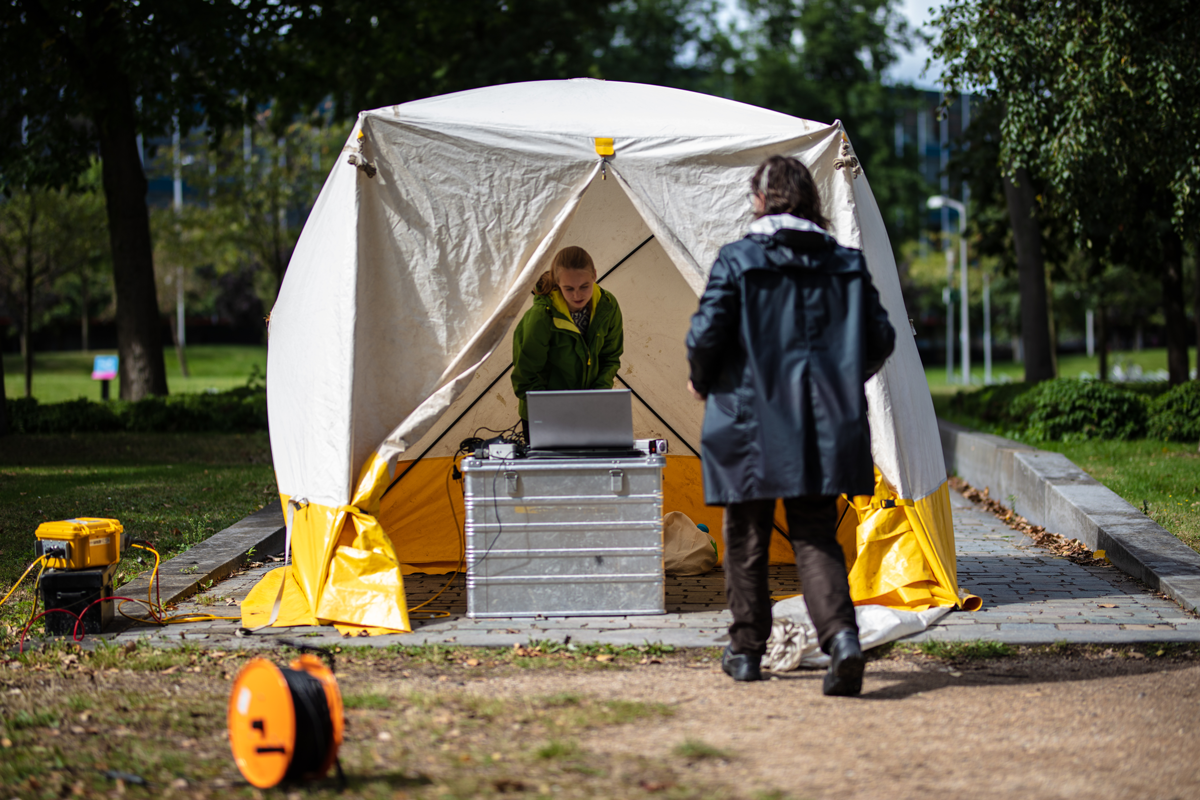 Using sound to produce an image

‘In order to produce a digital image you send a sound signal into the subsurface, which we’re doing with a metal plate and a hammer.  We hope that the signal encounters a layer on the way in and then bounces straight back. Meanwhile, a geophone recording the signal’s progress ascertains the time it takes for it to resurface. This will give Staring the depth of the layer.

‘But it’s not as straightforward as that. The earth has many layers and the signal can bounce back and forth between any number of them before returning to the surface.’ All these layers are made up of different types of soil and rock. If the signal suddenly hits a different type of material it may be that part of the signal is reflected several times before resurfacing. 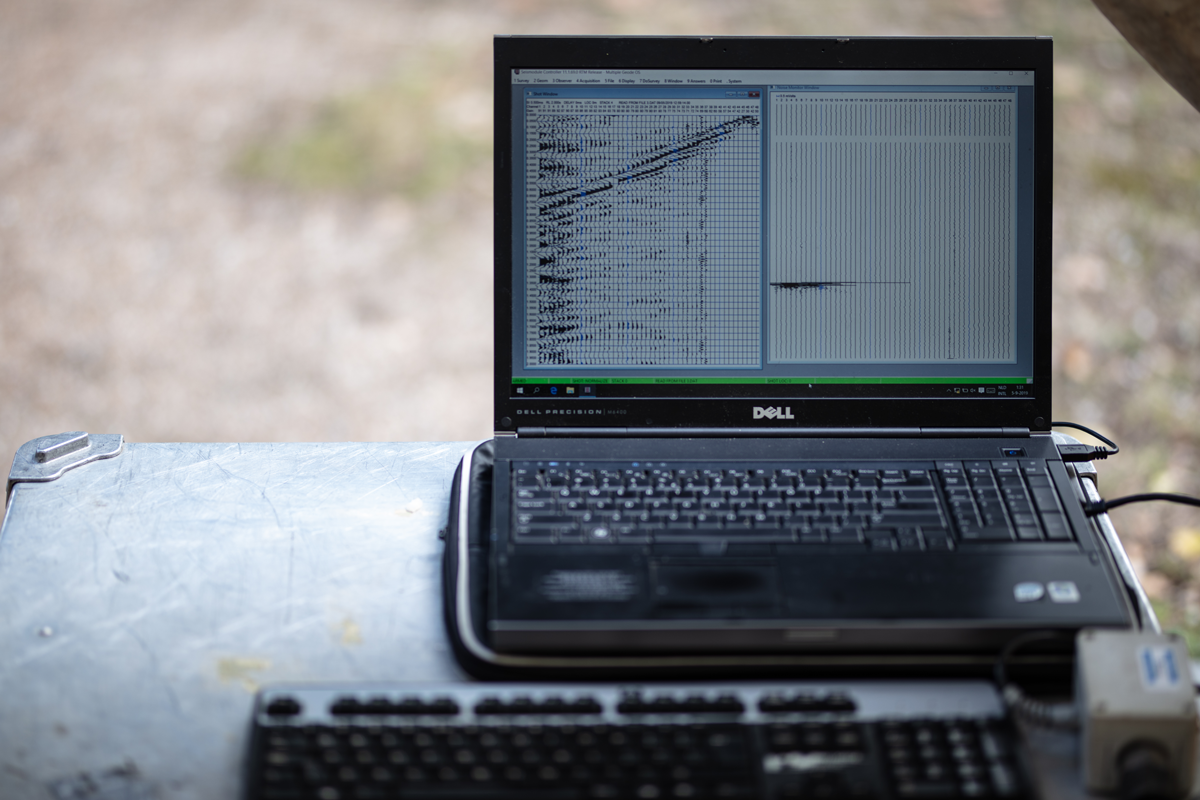 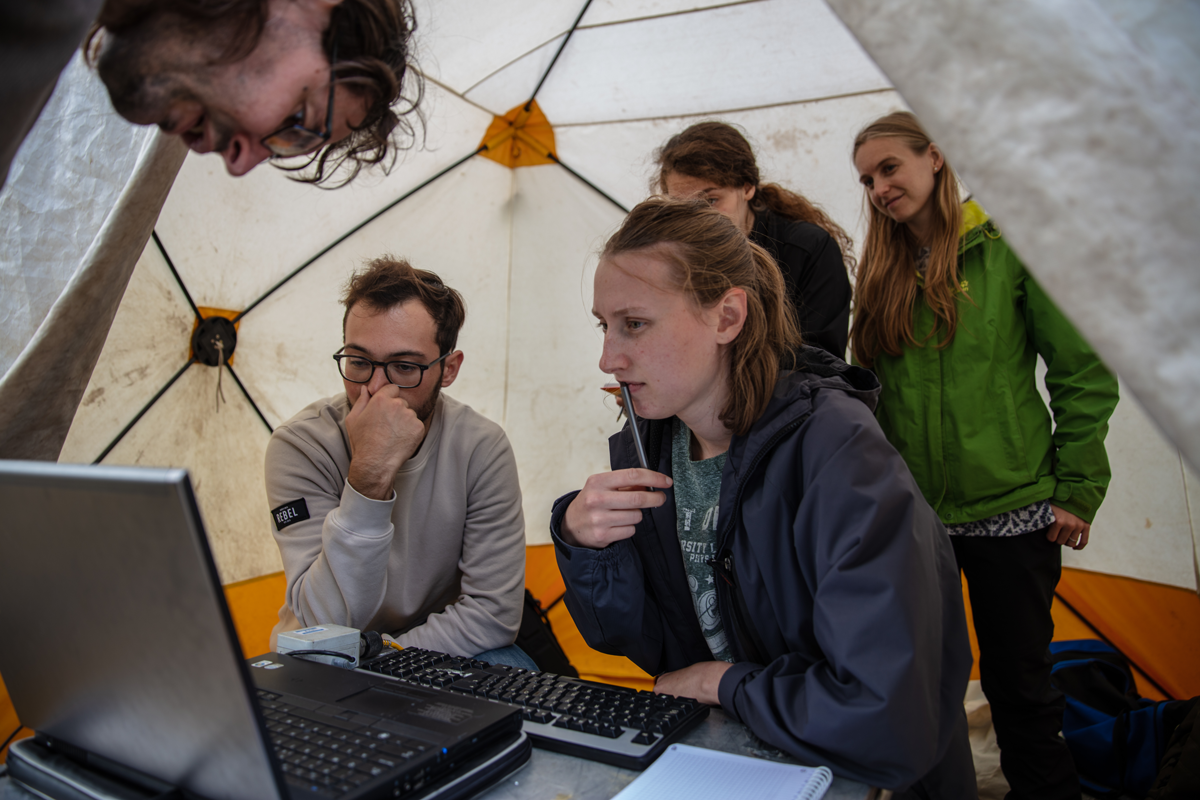 ‘We can tell if a signal has bounced straight back because multiple reflections will cause a time delay,’ Staring explains.

The problem with this method is that it assumes the signal is reflected only once by each layer. If it is reflected more often, the signal will take longer to resurface which, according to the method, effectively places the origin of the reflection deeper down. This results in a flawed image. ‘We don’t know what the real situation is and, more importantly, we don’t know what the incorrect image is hiding.’ 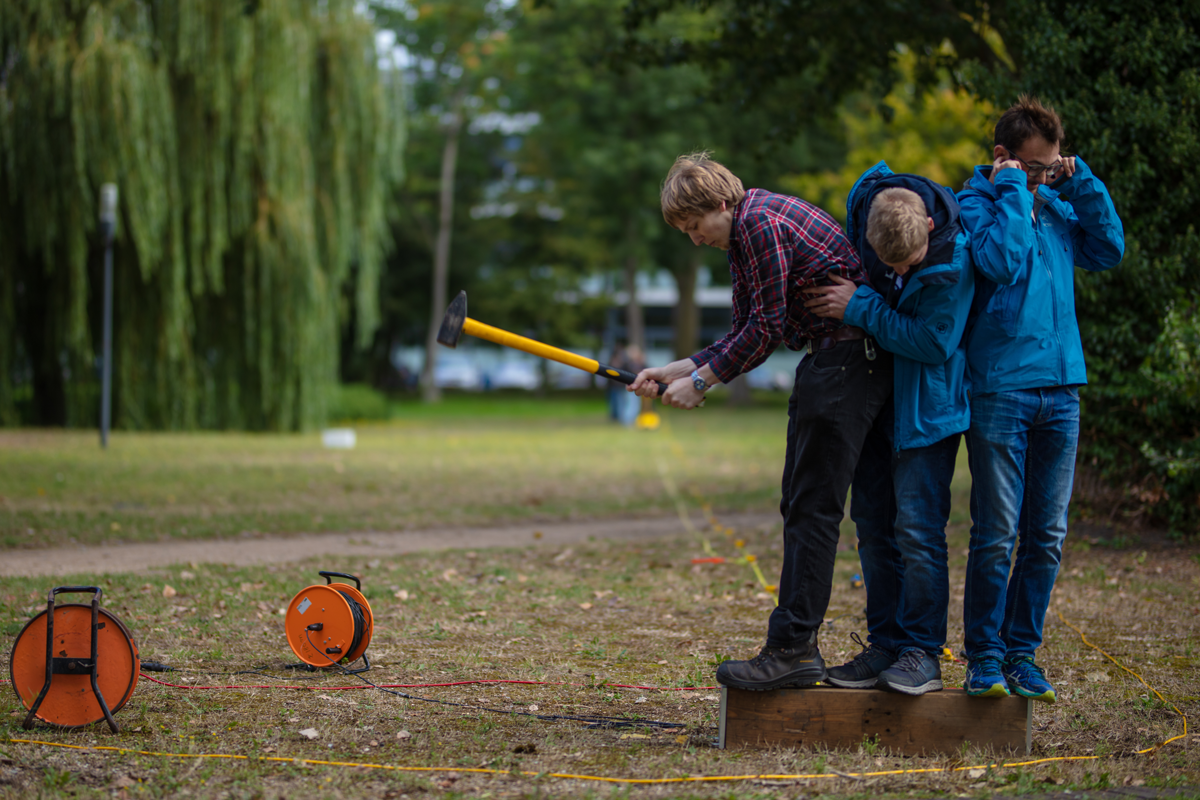 The Marchenko method, which Staring is currently researching, could change this. ‘It’s a method built on the premise that the signal itself will give you all the data you need. By using a lot of mathematical computations and the physical data of the sound waves you can predict which part of the signal bounced back immediately and which part bounced off various layers before resurfacing.’ This information enables Staring to correct the initial image.

The ‘before and after’ images are strikingly different. ‘With the Marchenko method all that lies hidden is suddenly revealed. Very often the interpretation of what is happening in a certain area  changes completely.’ And that knowledge can save a lot of money and avoid unnecessary risks when there is underground construction work to be done.

‘I am going to be involved in the building of a number of new solar farms soon. The forces that are generated there are huge and you need to be sure no subsidence will occur. My job is to provide a reliable picture of the subsoil so the turbines will be placed in secure spots and can be monitored afterwards.’

Read more stories of the faculty of Civil Engineering and Geosciences 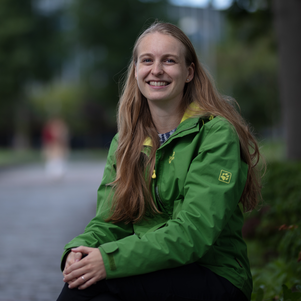