The purpose of the research on foams is to gain insight into the flow reduction properties of foams. The microscopic studies focus mostly on: (a) the permeability of foam films to diffusing gas, (b) the motion of foam films in tubes with varying diameter and flow reduction properties of foams in natural sandstone. Two techniques were developed to investigate the permeability of foam films to a diffusing gas: one for electrolyte gas and the other one for chemically inert gases. The permeability of systems formed by a series of freely standing foam films was measured and was found to decrease sharply with an increasing number of films. The results were successfully interpreted using a simple phenomenological model taking into account the density of adsorbed surfactant at the boundaries of the film. Phenomenological models (e.g., the model for foam drainage in porous media) and experimental studies of foams dynamics in porous media are also central to our work. Imaging techniques (mainly magnetic resonance imaging (MRI, in collaboration with Wageningen University ) and X-ray computed tomography (see Fig. 1 below)) are used extensively in these studies.

A new project was granted to our group (together with the Porous Media Research group of the Department of Physics of the Eindhoven Technical University) to investigated the modifications "Modification of Geological Heterogeneity and Flow in Porous Media using Gels: an MRI and X-ray Computer Tomography Study" using chemicals which are soluble in oil and gel in contact with water. This project is inspired by the need of better technologies to reduced water production during oil and gas production, a theme that has been central to our research for many years now. In the past our research focused on hydrophilic polymers and gels (see below) which are formed by cross-linking (e.g., neutral or hydrolysed polyacrylamides). Often the crosslinker used was a metal ion. The research aims at describing how porous media properties (porosity, permeability, heterogeneity, etc.) are modified and will bridge the pore scale and macroscopic scale. Pore scale studies include the detailed physical-chemical and mathematical analysis of the coupled diffusion-gelation phenomena and experiments using magnetic resonance imaging (MRI). Macroscopic studies (core scale) will focus on the interrelation between the physicochemical and “geological” involved in the modification of porous media properties by the chemicals. A phenomenological analysis of the transport processes will be undertaken and core flow experiments. The experiments will be assisted real time in-situ imaging using X-ray computer tomography. 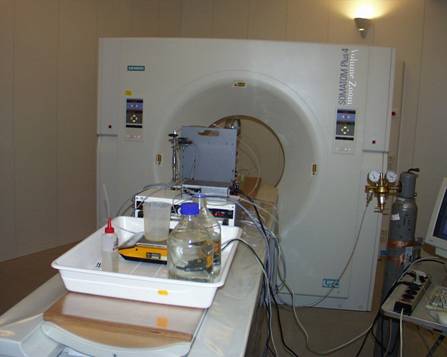 Fig. 1 - The Siemens SOMATOM Volume Zoom Quad Slice Scanner of the Department of Geotechnology uses for studying the flow of complex fluids in porous media. This is a fourth generation apparatus, where the X-ray source-detector systemrotate continuously for the whole object examinations using the thin slice and spiral modes.

The focus of this work has been the understanding of the physics of sorption in systems where the interaction of the polymer with the surface is either attractive (positive sorption or adsorption) or repulsive (negative sorption or depletion). We developed a simple theory for the kinetic and thermodynamics of bridging adsorption. Based on this theory, we developed a macroscopic model for layer and bridging adsorption in porous media, where the filtration of the largest molecules appears as the main feature. A numerical treatment of the equations was carried out. While continuing the modeling effort our focus aim is to shit the experimental focus towards techniques with a higher spatial resolution (e.g. magnetic resonance imaging).

The blocking of water using gels (e.g., for water shutoff, sealing of waste disposal facilities) was investigated both theoretically and experimentally. Three controlling mechanisms for the behavior of gels under stress in porous media: compression, micro flow and, above a certain critical stress, miscible displacement. A phenomenological model honoring these effects was developed. Pressure variations as a function of time, obtained from core flow experiments where the gel is compressed by water injection until it yields were found to be in excellent agreement with the theory.

Gels for the confinement of contaminants

The work focused on the diffusion of ions in polyelectrolyte gels and gel sweeling in connection with environmental applications An electrostatic obstruction model for the effective diffusion coefficient was developed using scaling arguments and taking into account the electrostatic interaction between diffusing ions and electrically charged chains. Self diffusion coefficients were determined using nuclear magnetic resonance (NMR, in collaboration with Eindhoven University of Technology) spectroscopy and macroscopic diffusion data was gathered by magnetic resonance imaging (MRI). Both the self-diffusion data and the imaging data were found to be in good agreement with the theory. Swelling studies have been carried out but further experimentation is ongoing.

The physics of polymers near solid-liquid interfaces

The focus of this work has been in the understanding of the physics of sorption in systems where the interaction of the polymer with the surface is either attractive (positive sorption or adsorption) or repulsive (negative sorption or depletion). We developed a simple theory for the kinetic and thermodynamics of bridging adsorption. Based on this theory, we developed a macroscopic model for layer and bridging adsorption in porous media, where the filtration of the largest molecules appears as the main feature. A numerical treatment of the equations was carried out. Experiments are ongoing. 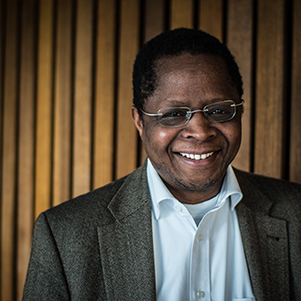