Delft University of Technology is committed to having significant, if not leading, impact regarding some of the most prominent challenges the world and our society are facing today. Rapid changes in technology are taking place, but in some areas the required changes are not occurring fast enough. Sometimes a revolution is needed rather than an evolution. This is why the Sector Plans funds of the Dutch government were established.

Between 2008 and 2018, student numbers were increasing rapidly. As teaching staff numbers didn’t increase to the same extent, our scientists found themselves having less and less time for research within the basic disciplines. The Dutch government, recognising this as the foundation of beta sciences, asked the universities to identify the areas that needed strengthening most, and do so in national coordination. Within the engineering field, 21 of our existing priority areas were selected, spread over the three disciplines of mechanical engineering, civil engineering and electrical engineering. Individual universities and, finally, faculties translated this national prioritization into a wish list of personnel positions: the Sector Plans.

This Fundament magazine of TU Delft should be read in the framework of the Engineering part of the Sector Plans. Each story highlighted in this magazine shows both the corresponding discipline and its priority area. 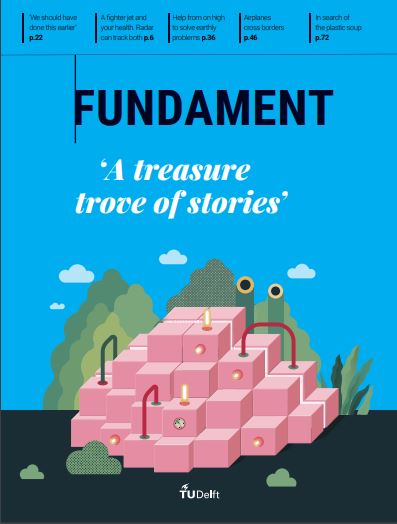