I find it especially interesting that there are currently so many developments in the availability of data. With longitudinal data, it is possible to monitor people over a long period of time, giving us all kinds of new opportunities for research. This type of data is also being made available in more countries so that we can now make international comparisons. With longitudinal data, we can better differentiate between cause and effect and see the impact of relocation and living in certain neighbourhoods.

Van Ham studied economic geography at Utrecht University, where he obtained his PhD with honours in 2002. He worked at the University of Amsterdam and Utrecht University and was affiliated with the Max Planck Institute in Berlin. In 2006 he was appointed Director of the Centre for Housing Research (CHR) at the University of St Andrews for six years.
Van Ham has published widely in leading journals and has written many books on neighbourhood dynamics. He is a highly cited academic. 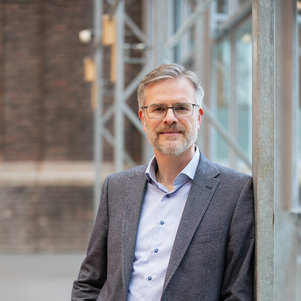