The architect Wessel de Jonge has been appointed Professor of Heritage & Design at the Faculty of Architecture and the Built Environment, starting September 1st. De Jonge is a specialist in the field of adaptive re-use and restoration of buildings, with particular expertise on 20th century architectural heritage. As an independent architect he founded the architecture studio Wessel de Jonge Architects in 1999 where he is still involved as director and partner today. He has an extensive experience as practicing architect in the adaptive re-use of historic buildings as well as an academic attitude in the domain of heritage and design.

Andy van den Dobbelsteen, head of the Architectural Engineering + Technology (AE+T) department:
“We are very glad with the appointment of Wessel de Jonge as Professor of Heritage & Design. De Jonge is a renowned architect and has been praised by many as a master in the restoration and renovation of heritage. He has reached a point in his career where he would like to share his vision, design methodology and experience with students and colleagues. This is why I’m expecting good things to come from his chair. To me it seems to be: right guy, right place”

De Jonge aims to share his professional knowledge and international experience in architectural heritage and adaptive re-use to help research and education. In the coming years the building industry will see an increase in importance of adaptive re-use projects. Due to the real estate crisis there is a high vacancy rate of buildings for which a new functional use needs to be found. In practice, architects find themselves more and more involved with the social and economic factors of building initiatives. De Jonge therefore wants to strengthen the connection between the fields of re-use and real estate development. Next to the cultural value of architectural preservation, the restoration of heritage must be given a more prominent role as an alternative in resolving the demand for functional space and user requirements on the market. In this respect, increasing the sustainability of existing buildings is another challenge for the preservation world. According to De Jonge these factors represent important themes for the coming years, but just as well new opportunities for architectural heritage.

Wessel de Jonge MSc (1957) graduated from the Faculty of Architecture and the Built Environment at the Delft University of Technology in 1985. During his education and as extraordinary researcher at TU Delft and TU Eindhoven he has been dedicated to the survey of early 20th century architecture and the preservation and adaptive re-use of such buildings. He is the co-founder of DOCOMOMO International, a worldwide network of architectural historians, architects and preservation specialists in this field.
As a practicing architect he realised a.o. the restoration of Gerrit Rietveld´s Biennale Pavilion in Venice of 1953-1954, and various schemes for social housing and educational buildings. Wessel de Jonge Architecten has a particular expertise in the field of adaptive re-use of buildings, often in a dynamic urban context, and combined with newly designed structures. The studio has been in charge of the restoration and adaptive re-use of the former Sanatorium Zonnestraal of 1928-31 (with Bierman Henket Architects), the master planning and coordination of the conversion of the Van Nelle Factory in Rotterdam (1928-31) and the former Technical Schools in Groningen (1923), the restoration of the St.Jobs warehouse (1914) ,and the HUF building (1953) in Rotterdam, the conversion of the Social Security Building GAK (1959) into housing for young professionals and the renewal of the 1950s National Aerospace Laboratories NLR in Amsterdam. Last year, the restoration of a former 1956 vocational school in Amsterdam to accommodate the Cygnus Grammar School was awarded the national Golden Phoenix prize. The Van Nelle Factory has been inscribed on the World Heritage List of UNESCO in June 2014. Wessel de Jonge Architects is a partner in various projects in Brussels and Antwerp, and involved with the revitalisation of the 1938 Olympic Stadium in Helsinki. 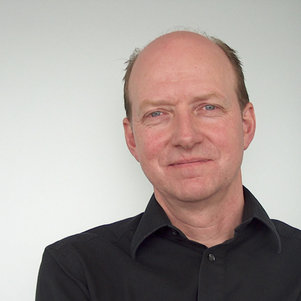