Cherenkov light, with wavelength between 250~600 nm, is generated when the charged particles transfer in media with the speed faster than light. As a decay by-product of some ionizing radiation, Cherenkov light can be used as an internal light source for photodynamic therapy, which is positive to overcome the penetration problems of common lights. Nanotechnology greatly promotes the development of cancer treatment. Considering the enhanced permeability and retention efforts of cancer sites and features of nanoparticles, such as tuneable size and easy surficial functionalization, nanocarriers are promising candidates for the loading and release of agents which could kill the tumour cells.

In this project, firstly, different nanoparticles (e.g. micelles, polymersomes, MSNs) will be prepared as carriers for medicine and photosensitisers. By optimizing the species and synthesis approach, we aim to enhance the loading efficiency. The second step is involved in the controlled release. Cherenkov light or ionizing radiation energy will be used to trigger the breaking of nanocarriers to leak its load. Last but not least, surficial modification will be operated to enhance the target ability and retention of obtained nanocarriers. 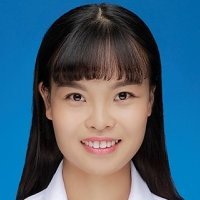