Glass is clearly beautiful, transparent and infinitely recyclable. It does not corrode, rust or rot. Glass is made from sand, an abundant resource and is therefore a very sustainable material. And glass can be made to be strong under compressive pressure. Very strong.

Researchers from the faculties of Architecture and the Built Environment and Civil Engineering and Geosciences of TU Delft are jointly developing a glass bridge to demonstrate that glass is very suitable for building structures. The researchers design their glass bridge for the entrance of The Green Village, an experimental site to test innovative and sustainable designs at the TU Delft science park. Joris Smits, senior architect and programme manager of the Bridge Project at the testing site, views designing bridges as an act of connecting people and places. He is excited to use glass as new building material. Ate Snijder, PhD researcher Architectural Engineering, and co-initiator, adds that “by creating an archetypical load-bearing structure, people can experience first-hand that glass can carry weight.” Telesilla Bristogianni, PhD researcher Civil Engineering, loves the beauty, strength and invisible functions of cast-glass just as much as Smits and Snijder. She researches the production of prototypes of cast glass bricks, and spends many hours a day working with a hot oven developing the novel building components. The three researchers, along with the Glass and Transparency Research Group of TU Delft, contribute to designing the innovative glass bridge.

The idea for this bridge was inspired by the Hollywood characters Loki and Thor dueling on the Bifrost Bridge in the movie Thor (2011). Triggered by this mythological, sparkly and transparent bridge, a friend of Smits started calculating whether building a transparent structure of that type would be possible to build in the real world. He worked out that it could be done if built out of solid diamond. Later when Smits saw the Chanel glass façade in Amsterdam, engineered by his colleagues from TU Delft, he got the idea to use cast glass as an affordable alternative to the strength and clarity of a diamond. Snijder had been equally captivated by the possibilities of glass as a building material. He had been enchanted by Tokujin Yoshioka’s glass chair which seems to ‘disappear’ in the rain. He thought the concept of the movable bridge through, with the aid of parametric models and digital simulations. Enthusiastic about the possibilities, Snijder and Smits initiated their programme to showcasing glass in a way that has never been done before.

Unlike in the movie, Thor will not be able to break the bridge with his massive hammer. He may be able to cause a crack in a single cast glass stone, but the bridge will remain intact. A cracked brick can be replaced. Snijder explains that the arch shape generates compressing forces: “Glass and steel are of comparable compressive strength.” Bristogianni adds that “by carefully considering the design-calculations you can construct a glass structure with excellent compression to avoid any kind of tension.” Bristogianni gained a lot of experience on working with glass elements when she, along with her colleague Faidra Oikonomopoulou, were responsible for building up the unique and innovative glass masonry façade of the Chanel store in Amsterdam. They proved that the glass facade in Amsterdam was in many ways stronger than concrete. It could withstand a force to an equivalent of two full-sized SUVs.

At the façade, the cast-glass bricks were held together by glue. The bridge designers have thought of a way of implementing the cast-glass bricks without the need of cement or glue. The geometrical shape of the bricks will hold them in place through the compression force generated by the arch shape. The construction method offers an ideal solution for the circular economy, as the bridge can be disassembled and rebuilt on another site. By leaving out any form of adhesives, Smits and Snijder’s new bridge design is only and entirely made out of cast glass bricks. This is important, because the use of glass as building material is a significant step toward minimizing waste of materials. Glass components can be totally melted down and re-molded. While it still takes energy to recycle, it requires far less energy than other commonly used structural materials. For example, while steel is three times denser than glass, it recycles at a much higher temperature, requiring a 10:1 ratio use of energy. Compared to steel, glass recycling is very efficient, when taking circular economy into account.

In order to get insights in the production process, the researchers have developed the brick shapes themselves, first through computer simulations and 3D printed plastic models before actually casting them in glass. Glass casting is historically performed by artisans. The casting process is often based on experience and is passed on through generations, while the engineering knowledge and data have frequently not been documented. To gain systematically documented insight into the knowledge from the artisans and the glass industry, the researchers started the production for prototyping the bricks for compression testing at the university lab. To Bristogianni, casting the bricks was a very personal process: “I am making this with my own hands. It has been a struggle to get the brick right, beautiful and safe, so after finally getting the right one, it was exciting. It is like spending hours in the kitchen getting the best cake perfectly done.” Once they are sure that they have created the perfect shapes, they will bring their designs to high-quality glass-casting companies to produce them. When the stones are ready, the research group plans to assemble the bridge with students. Snijder is very much looking forward to that moment: “The moment the supporting formwork underneath is taken away, and the glass bricks form the bridge by themselves will be so exciting!”

The researchers do not yet know how people will respond to the bridge. They find it exciting that this bridge is based at a testing facility, where they can see immediate reactions. Bristogianni points out that “due to the thickness of the cast glass components, you can see all the lines and the robust structure of the bridge. That will create confidence about the strength, and with the top service of the bridge that will become slightly scratched, the experience will be mostly translucent rather than transparent.” According to Smits, when designing a bridge, architects and engineers have a joint responsibility towards society to create a structure that adds to its surroundings: ”A bridge is automatically a focal point of public space. This glass bridge will be a one-of-a-kind landmark. By using glass, we are hoping to bestow a sense of bedazzlement.” Bristogianni loves the aesthetics: “Transpiring glass is so beautiful, it has so many layers, it is like a math matrix. Light shining on compiled glass bricks is always changing. Every time when you look at it, you can see something different. How it refracts light is just amazing. The structural part of glass is pure poetry.” 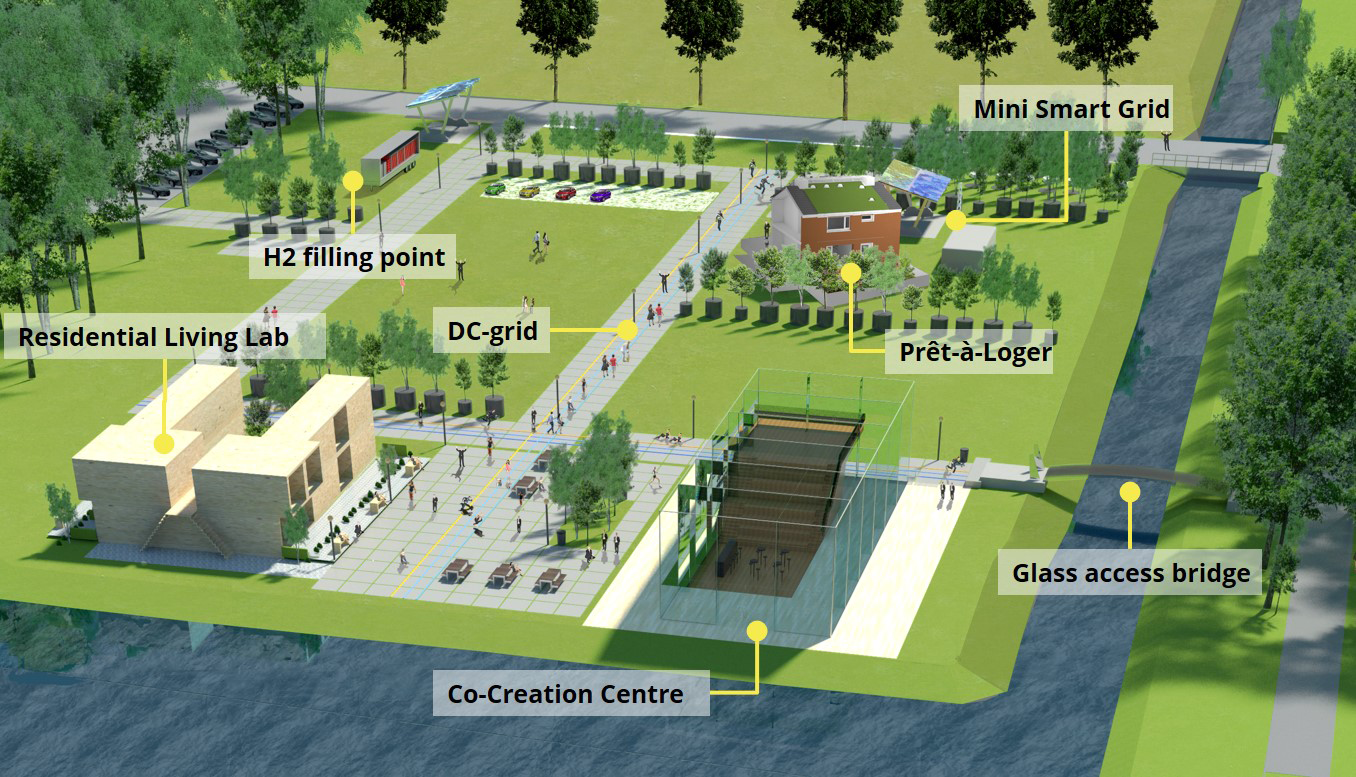 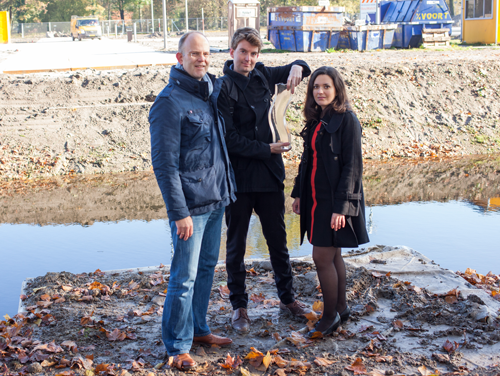 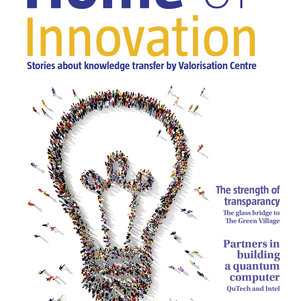