Jo van Engelen is Professor of Integrated Sustainable Solutions at the Faculty of Industrial Design Engineering.

Professor Jo M.L. van Engelen, MSc, PhD (1959) studied physics and mathematics at the University of Technology in Eindhoven and Business Administration at the University of Twente.
He received his PhD on a doctoral thesis about information technology and marketing in 1989 from the University of Twente. During the years 1985-1991 he practised several senior management positions in Product Development and Marketing at Océ in Venlo (Printing and Publishing Systems). In 1991 he was appointed chaired professor of Business Development and (few years later) research fellow at the Faculty of Business Administration of the University of Groningen. As of 2010 he was appointed chaired professor of Integrated Sustainable Solutions at the Faculty of Industrial Design Engineering of the Delft University of Technology. He was author and co-author of five books, more than 100 scientific articles, more than 40 professional articles, gave more than 200 leading lectures and guided more than 10 PhD students to their doctor’s degree.

Since 2000 Jo van Engelen is a member of the Board of the Research School ICS (Interuniversity Centre for Sociological Studies). In 1991 he started his own company named Van Engelen B.V., which operates in the field of Business and Organisation Development. He worked as boardroom consultant for many companies, such as TNT Postal Group, Achmea Group, Essent, PGGM and the ANWB (Royal Dutch Touring Club).

From 2004 to 2008 he was a member of the executive board of ANWB (Royal Dutch Touring Club) in The Hague resulting in a fundamental strategic reorientation followed by a number of reorganising projects.

As from January 1st 2008 he is a member of the executive board of APG Group in Heerlen, Amsterdam, New York and Hong Kong.
Furthermore he was or is non-executive board member of several companies, among others Ordina Nieuwegein, Brunel Amsterdam, AMIS Nieuwegein, Kender Thijssen Veenendaal, Reis & Rechtshulp The Hague, Unigarant/UVM Hoogeveen, the Drents Museum Assen, Loyalis Heerlen, Open University Heerlen and Telstar Harderwijk.
As of 2010 he was appointed chaired professor of Integrated Sustainable Solutions at the Faculty of Industrial Design Engineering of the Delft University of Technology. 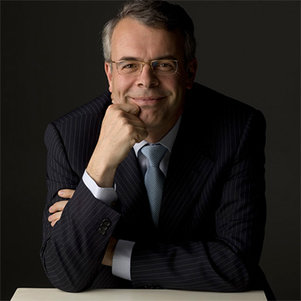