Ianus Keller is a lecturer at the Faculty of Industrial Design Engineering. In his research, teaching and practical design work he focuses on spreading tools and skills for inspiration with an emphasis on blurring the line between the digital and the physical realm.

As an independent designer and consultant in his own company For Inspiration Only, he works on tools for designers for clients such as Wacom, Philips, Ahold and Microsoft Research. He also participates in juries and brainstorm sessions and he is an invited speaker at cultural and academic institutes. From 2007 to 2009 he teaches the cross-disciplinary influences of technology on creative disciplines at the Willem de Kooning Academy. From 2008 until 2015 Ianus organised the critically acclaimed lecture series This happened, which explores the making of interactive projects through successful examples.

Involved in the research project(s): 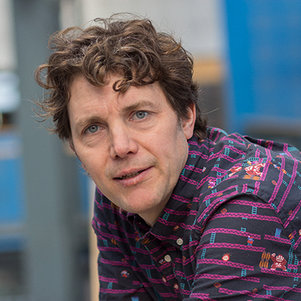