All objects that we use on a daily basis are connected to each other and designers should be conscious of that. That’s the point of departure of the Connected Everyday Lab of Elisa Giaccardi, Professor and Chair of Interactive Media Design. She studied philosophy in Turin (Italy), but soon found herself immersed in the world of new media, interaction and design.

The pile of books on Giaccardi’s desk appears to be just that: a collection of loose objects, not interacting with anything but the person reading them. ‘That’s precisely one of the blind spots that designers have,’ Giaccardi immediately says. ‘This book is part of an “ecosystem” of objects. Designing a book solely based on user interaction is much different than designing a book that keeps the practice of reading in mind. You see, books are connected to all kinds of other objects that are used in the same context. Think of a desk, a bedside table or a backpack. So there are already a variety of connections between objects, even without an actual connection via the internet. And these connections help to determine which different roles an object may play in everyday life.’ 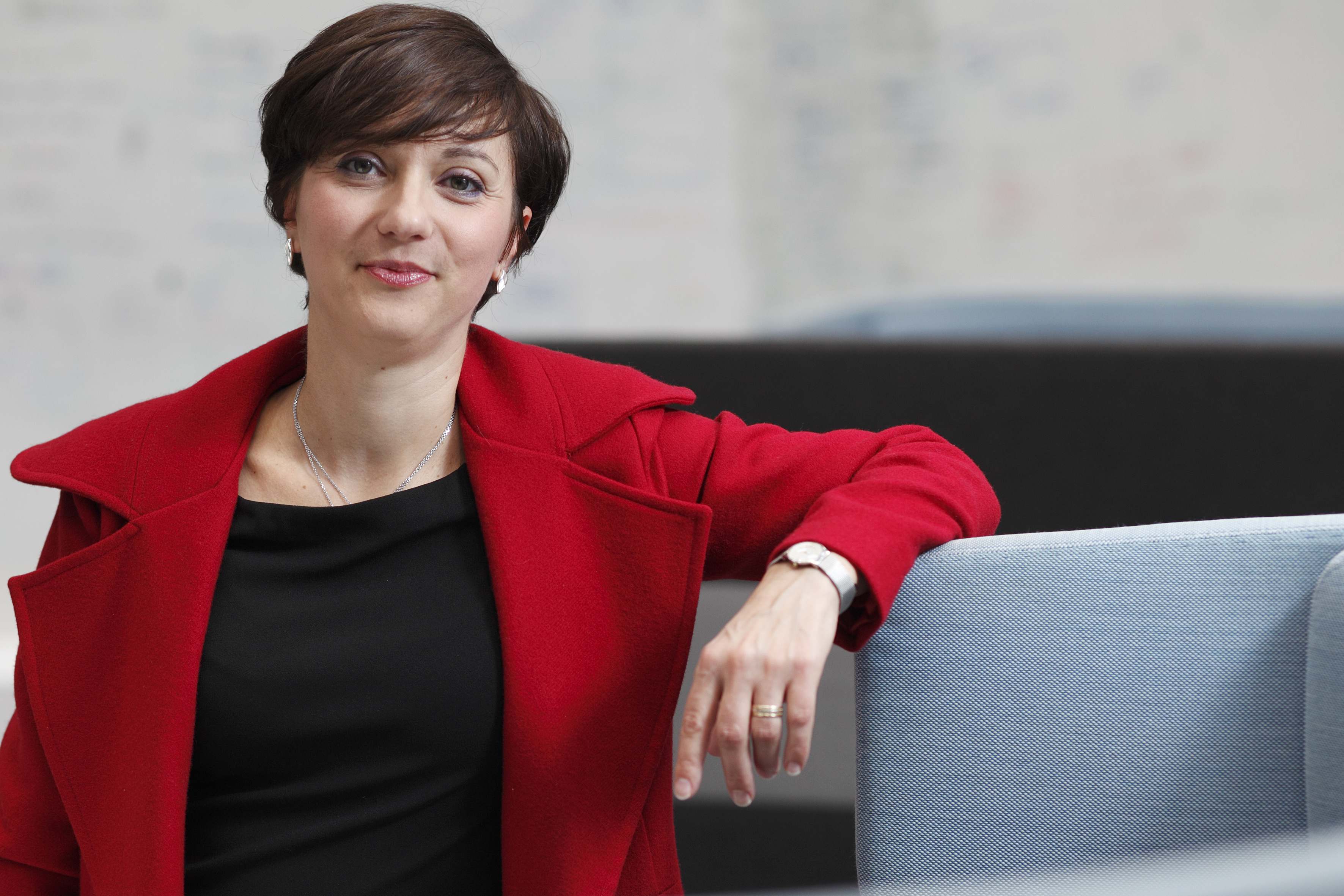 Ecosystems
Understanding this ecosystem of connections in which an object “lives” is not really important as long as these objects are not physically connected via the internet. ‘But it becomes very important if you want to connect objects and exchange data – and that creates many new opportunities for designers,’ Giaccardi says. ‘Think, for example, of a smart system for collecting waste in a city. If you want to make smart waste containers, then you have to know which other objects and people cohabit with this container. What role does this container play and what does it connect to? Putting a chip is not enough. Designers have to be aware of these ecosystems, even before they actually connect these objects to the internet and create a smart digital system. Only then can applications related to the Internet of Things support existing ecosystems in a thoughtful and meaningful way.’

‘We are now increasingly moving in the direction of designing large, complex systems,’ Giaccardi says. ‘But for that we do need to first get rid of the blind spots that designers run up against when they think about individual users or even groups of users. We first have to fully understand the web of relations and connections in systems before we can actually start to design for change. The objects themselves are actors in these networks. Based on the data that they generate, we can figure out how they are used and what can be improved. Just as we do with people. Things become equal partners in the design process this way. Ultimately, of course, it’s all about people, but if you want to highlight a network, you can’t only look at matters from the perspective of the user. That’s when blind spots emerge. The whole system is what matters.’

Listening to things
Giaccardi uses this knowledge and insights about ecosystems and ‘things’ (see box) to think creatively about new applications in the field of interaction design, with incursions in service design and transition design. What is the data (or actually the things themselves) telling us about how objects are used, and what new opportunities are these data offering us if we really listen to what they are saying? ‘For example, data sometimes tells us that things are being used for a different purpose than they were intended for. You can use that information. Or you can combine functions. If the data tells you that someone puts their phone on their bedside table every night and turns off the ringtone, then as a designer you can invent something that will make the combination of telephone and bedside table something very different at a certain point in time, such as an alarm clock or a lamp.”

“Like we are doing in the STW-funded project Resourceful Ageing (http://www.resourcefulageing.nl/) or in the ‘kitchen’ of green protein transition in a graduation project with the Ministry of Economic Affairs. For me it’s all about using data to come up with creative, new things and possibilities, and not only about optimising existing processes or streamlining services. And that includes the ability to design a connected product for a specific ecosystem and thus generate change in the system as a whole.’

A ‘thing’, in the way Giaccardi thinks, is much more than just the designed artefact. A thing is a combination of the product with people and the way in which they use it – in other words, an overall concept. A smartphone is an example. You can view it as a piece of hardware with a processor, a screen and a casing. But as a result of the interface, you can also interpret it as ‘some-thing’ to which you give meaning to, by virtue of the apps and content that you download onto it, and the people it allows to connect to. It consequently receives recent, specific value. The interactions that a smartphone has with the apps, the data that is in it and its owner – the ecosystem in which the smartphone ‘lives’ – all this gives a smartphone meaning. Only then does it become a ‘thing’. But this meaning is personal. The same smartphone has no value, is not the same ‘thing’ for someone who steals it, apart from the hardware of course.