'Internet of Things is all about valuable data'

As professor 'Internet of Things' at the Faculty of Industrial Design Engineering, Gerd Kortuem specialises in the interaction between humans and computers, smart cities and data-enabled design. Kortuem is originally a computer scientist, but above all else he views the technology of the Internet of Things as an instrument. For him, it’s all about making sensible use of data.

More and more, the internet is taking over functions from the physical world. Think of online shops and the rise of all kinds of massive, new companies that only exist online. Airbnb is the largest hotel in the world, for example, yet it doesn’t own a single hotel room. ‘But there’s another development too,’ Gerd Kortuem says, ‘which is that many physical products are connected via the internet to the company that made them.’ The best current example of that is Nest, an intelligent thermostat that observes the behaviour of the people living in a home. ‘Because it can learn, it slowly takes control of your heating, in exactly the same way as you would, so you never have anything to worry about anymore.’

The ability of these kinds of products to observe and learn means that they are becoming increasingly autonomous. And that’s changing how humans and computers interact. ‘People used to have complete control over their devices. They depended on instructions fed by users. But thanks to self-learning algorithms, devices are starting to lead autonomous lives. As a result, the interactive relationship is on more of an equal footing now: the device observes us and adapts its behaviour. We, in turn, react to that, and so on and so on.’ 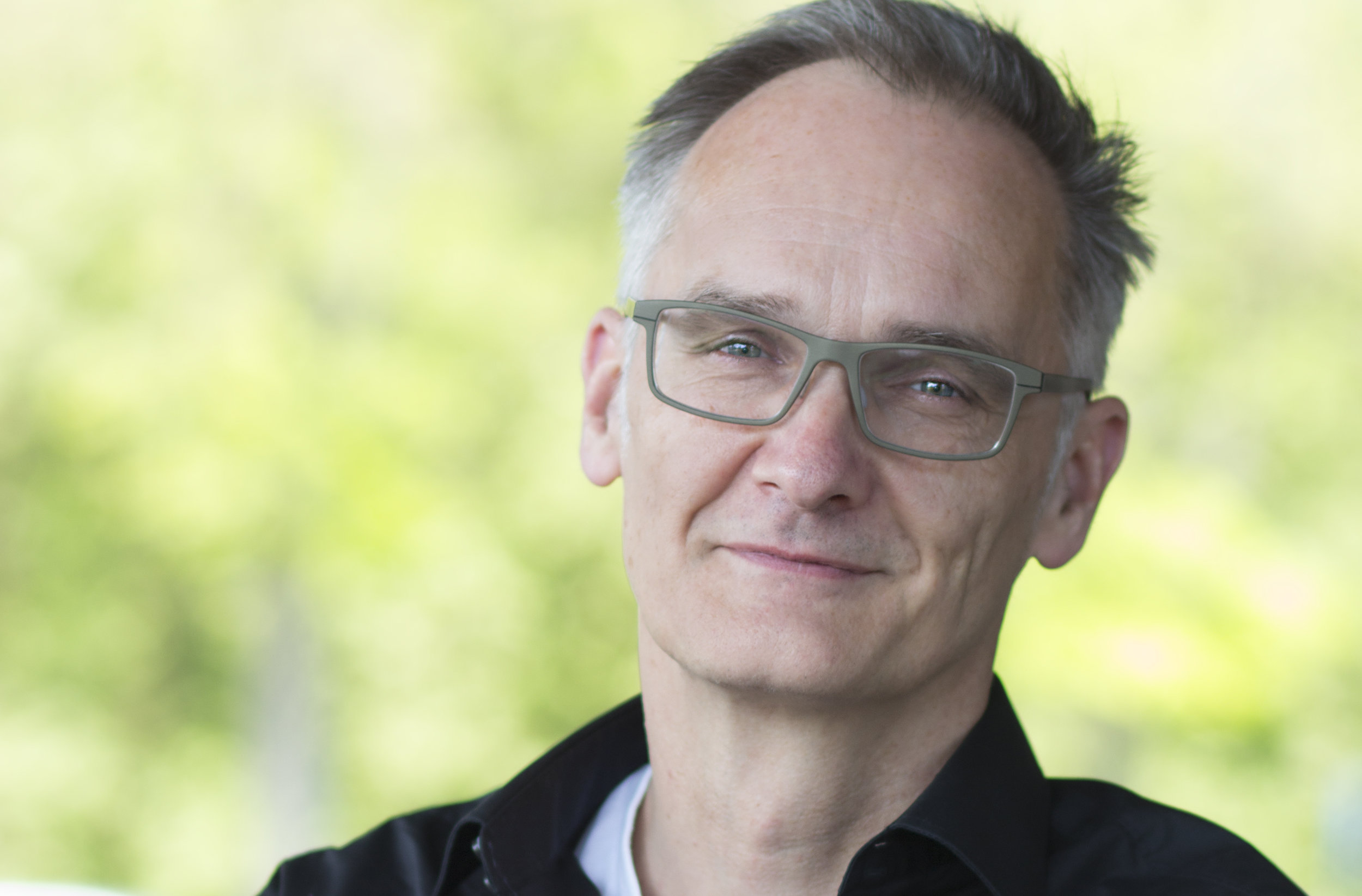 ´Home-grown´ energy
According to Kortuem, this is an especially intriguing development, which raises many exciting questions. ‘How are humans interacting with this new, autonomous computer world? And how can we make sure that we maintain control of it and simultaneously benefit as much as possible from the advantages of this technology?

Recently, Kortuem has conducted a number of case studies with his research-group-in-the-making, which should shed more light on this. One of the case studies was about energy consumption, in particular houses equipped with solar panels and batteries, which have to generate and store their own energy. ‘That’s an example of a field where this kind of human–computer interaction is really important,’ Kortuem says.

‘It turns out that we can completely change the way that we deal with energy. Participants in the study went from being consumers of energy (you use more, so you pay more) to what you could call “harvesters”. They viewed the energy generated from their solar panels as their own, self-generated energy. So they want to use it as wisely and efficiently as possible. Not to save money, but because it’s “theirs”. People like to be as autonomous as possible. Now we want to find out how to enhance these kinds of things. Designing smart products has a role to play in this.’ 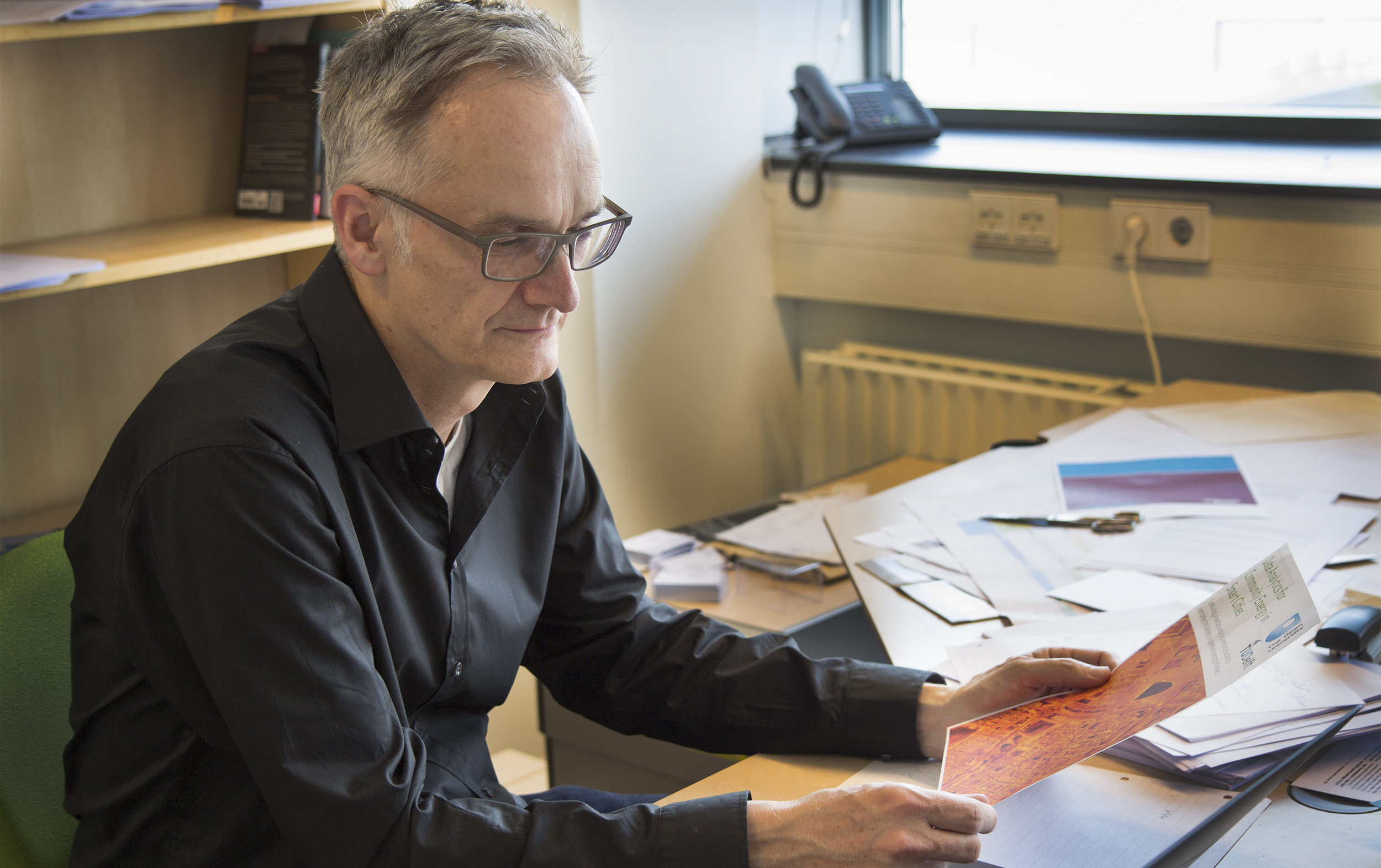 ‘To begin with, we need to know exactly how people behave in their homes and why they make certain choices. We analysed this, for example, in a case study about how people interacted with their smart washing machine, which is directly connected to the solar panels and indicates when clean energy is available to do a load of laundry. We wanted to find out about the best way for people to stay in control of such a device. And in the article about self-generated energy we examined whether it was feasible to directly link this energy to free local mobility. It is feasible, as it turns out, but whether it’s something we should really want is another question.’

All of these interconnected devices generate massive amounts of data every day. These data shed light on the way in which a product is used, and that’s useful information for designers. ‘But designers are used to working with a pen and paper, with physical materials. They’re not data analysts. How exactly does data-enabled designing work? That’s what we have to focus on now.’

‘Think, for example, of a data-enabled design for people with dementia. Monitoring instruments used by patients in their homes generate a great deal of data about these people’s behaviour. Everyone looks at a given situation differently. That’s why the same data can mean something different to a doctor, family members, technologists and the actual patient. We have to investigate how to make this data valuable.’

‘Data-enabled design has the potential to play a major role in many areas in the future. Also on a larger scale, for example at the level of local authorities. Think of transport or energy services in a city. These developments can result in “smart cities”, cities that use data intelligently to optimally harmonise services. The Internet of Things is no longer about network technology as far as I’m concerned. For me, it’s all about data, and how we can give it meaning and value.’