Expressing an opinion on a controversial topic is not always easy. But humour or satire go a long way and make it easier to organise an open discussion on any topic. This very much applies to the nuclear science discussion in the Netherlands. To complement this exhibition, we challenge YOU to try and represent your thoughts through drawings. So join this political cartoon drawing workshop with professional cartoonist Maarten Wolterink and get your ideas on paper too.

The public’s opinion on nuclear subjects has an eventful past in the Netherlands. Nuclear energy, science and weapons are much discussed and disputed topics in media. Many political cartoons have been drawn about it in the past decades, as you can see on display in the current exhibition Atomic Reactions at the TU Delft Library.

This cartoon workshop will bring out the artist in you. Half of it we focus on drawing techniques and ways to get ideas for cartoons. Then it’s time to take the next step: telling the joke or making a statement on the topic with a few lines and speech bubbles. Spoiler alert: you do not really have to master drawing to be a cartoonist. It does help though. 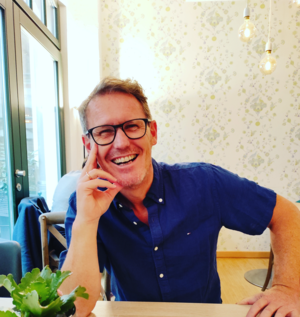 Maarten was born in The Netherlands in 1964. After a few years at the Willem de Kooning Academy of Arts in Rotterdam he started working as an independent cartoonist in 1992. Since then he has worked for several Dutch (regional) newspapers of which the collaboration with the Leidsch Dagblad even dates from 1997. His work has been in/on France 24, Le Monde, Washington Post and Trouw. He also does live stand up cartooning and gives workshops.