Carlos Hernandez Corbato is an Assistant Professor at the Cognitive Robotics Department of TU Delft since May 2019. In 2016, Carlos led Team Delft to win the Amazon Robotics Challenge. He is currently coordinator of the ROSIN and the MROS European projects granted in the H2020 program. He has participated in other national and European projects in the topics of cognitive robotics and factories of the future.
Carlos holds degrees (MSc) equivalent in general engineering (2006) and in automation and robotics (2008) from the Universidad Politecnica de Madrid.
Carlos was a postdoc at TU Delft (2015-2019), first at the Biomechanical Department and later at Cognitive Robotics. From 2006-2012 he was working as MSc and PhD student with Ricardo Sanz at the Autonomous Systems Lab, Universidad Politecnica de Madrid, and graduated Sobresaliente Cum Laude as International Doctor in 2013.
He has been visiting research student at the Center for Analysis and Design of Intelligent Agents in Reykjavik University in 2009 and 2010.
From 2012-2015 Carlos worked in industry as founding partner and project leader at Global Incubator S.L. in Leganes, Spain.
Carlos serves as associate editor for IROS, and has served as reviewer for IROS, ICRA, IFAC, RSS and relevant journals for robotics and systems engineering such as IEEE Transaction on Industrial Informatics, IEEE Access, IEEE Systems Engineering and Integrated Computer-Aided Engineering.
Carlos’ research interests are related to cognition and autonomy and include: software architectures for intelligent robot control, knowledge representation and reasoning, model-based systems engineering and self-adaptive systems. 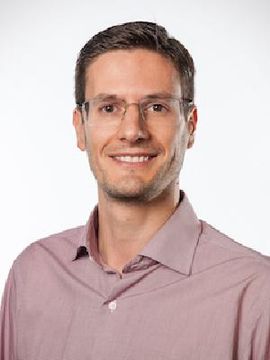