After completing his Bachelor's degree in aerospace engineering at Politecnico di Torino (Italy) in 2017,  Fabio started to develop a strong interest in fluid dynamics, system modelling and thermodynamics  knowing that he wanted to make the difference in developing new more sustainable technologies for the future. In 2017, as he started his M.Sc degree in aerospace engineering with courses focusing on fluid dynamics and propulsion, he joined a sailing team and founded the ship's dynamics and performance department, with the aim of studying the optimal design of a yacht, predicting its performance and perform experimental studies. He soon  became the manager of the scientific research area of the team, at that time comprised of fluid dynamics, dynamics, structure and materials departments. During the two years as a manager in the team, he published in an international conference a performance prediction tool and contributed to placing the Polito Sailing Team in 2nd and 1st place in the European 1001 vela cup in 2018 and 2019, respectively.

In October 2019 Fabio joined the Propulsion and Power group to carry out his M.Sc thesis, an accuracy assessment of the SU2 flow solver in the case of non ideal organic vapor supersonic  expansions using the ORCHID's experimental data, which was later published.
Fabio then graduated with honours from Politecnico di Torino in April 2020 and knew he wanted to keep pushing the research towards innovative technologies that can reduce the energy waste and increase the sustainability of the human activites. For this reason, in September 2020 he was appointed the role of doctoral researcher in Prof. Colonna's Propulsion and power group. His research focuses on NICFD flows and heat exchange from both a numerical and experimental point of view, with the aim of designing unconventional high performance heat exchangers for ORC systems. 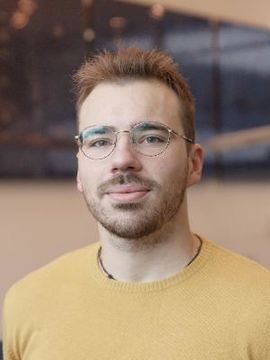