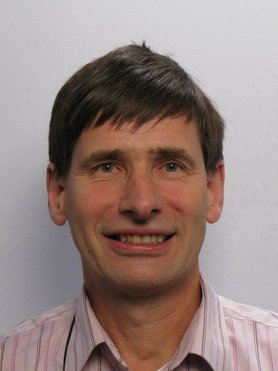 Nico de Jong, graduated from Delft University of Technology, The Netherlands, in 1978. He got his M.Sc. in physics specialised in the field of pattern recognition. Since 1980, he is staff member of the thoraxcenter of the Erasmus Medical Center, Rotterdam. In 1993 he received his Ph.D. for "Acoustic properties of ultrasound contrast agents." In 2003 he became part-time professor at the University of Twente in the group Physics of Fluids headed by Detlef Lohse (Spinoza-winner 2005). He is organizer of the annual European Symposium on Ultrasound Contrast Imaging, held in Rotterdam and attended by approximately 175 scientists from universities and industries all over the world. He is on the safety committee of WFUMB (World Federation of Ultrasound in Medicine and Biology), assiociate editor of UMB and has been guest editor for special issues of different journals. Over the last 5 years he has given more than 30 invited lectures and has given numerous scientific presentations for international industries. He teaches on Technical Universities and the Erasmus MC. He has been Promotor of 21 PhD students and is currently supervising 11 PhD students. Since 1 October 2011 he is professor in Molecular Ultrasonic Imaging and Therapy at the Erasmus MC and the Technical University of Delft and the first Medical Delta professor who were officially installed in June 2014. Since December 1, 2015 he is head of the Acoustical Wavefield Imaging at the Technical University of Delft. Currently, he spend 60% of his time in Delft and still 40 % of his time at the ErasmusMC in Rotterdam.