Pavlo is a postdoctoral researcher at TU Delft focusing on the communication between automated cars and vulnerable road users. He is also a director of data research at SD-insights. He received his PhD degree from TU Delft in December 2018. He worked on the HFAuto project as a Marie Curie Fellow. Pavlo’s focus was to develop a human-machine interface for highly automated driving, focusing on the auditory modality.

Pavlo concluded Erasmus Mundus Double MSc in Dependable Software Systems with double distinction at the University of St Andrews (Scotland) and the National University of Ireland, Maynooth (Ireland) in 2014. He wrote two dissertations within this degree where he evaluated implications of porting a strongly-encapsulated programming language Insense to multi-core systems and the impact of the cache on multi-threaded data-sharing applications. He completed his BEng studies in Information Technology at Mikkeli University of Technology (Finland) in 2012, specialising in Software Engineering, in his thesis he focused on development of a customisable multitenant web form for the bioenergy sector.

Pavlo is also active in MCAA and EMA. He is the chair of the Bridging science and business working group of MCAA. Outside of his desk he likes running long distances, travelling and meeting kind people. 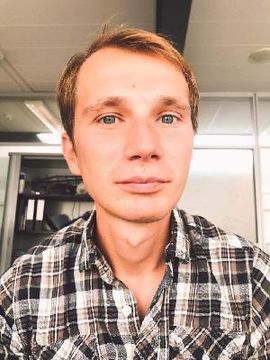