Simon Watson received a B.Sc. in physics from Imperial College, London in 1987 and a Ph.D. from Edinburgh University in 1990. He has been working in the field of wind energy since 1990 and began his career at the Energy Research Unit of the Rutherford Appleton Laboratory. In 1999, he then moved to what later became Good Energy, a supplier of green electricity to domestic and small commercial customers. In 2001, he was appointed as a senior lecturer at the Centre for Renewable Energy Systems Technology at Loughborough University and in 2010, he was made Professor of Wind Energy. In 2017, he moved to TU Delft to take up the position of Professor of Wind Energy Systems and Director of the TU Delft Wind Energy Institute (DUWIND).

Prof Watson's area of research expertise are in the areas of:

He has been involved in many national and international research projects including the UK EPSRC Supergen Wind consortium, two EU Marie Curie ITNs: WAUDIT (wind resource assessment) and AWESOME (wind turbine operations and maintenance), and the present EU X-Rotor and WINDEXT projects. 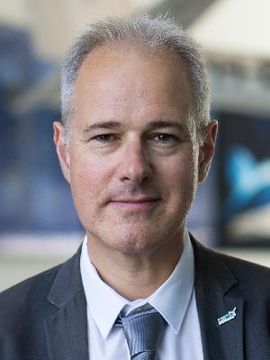