The Dutch-Japanese made DESHIMA instrument has passed its first practical tests when measuring the distances and ages of distant galaxies. The core of the instrument is a chip the size of two euro coins that measures 49 shades of far infrared light. The developers of the spectrometer publish the results of their first measurement campaign (first light) on Monday 5 August in the journal Nature Astronomy.

Measuring distances and ages in the universe is a problem. The brightness of a star or a galaxy says little about age. Astronomers bypass this problem by measuring the doppler effect of light from galaxies. The redder the light, the higher the speed, the farther the galaxy. Unfortunately, the redshift of many galaxies in the early universe cannot be measured with visible light, because starlight is shaded by dust clouds surrounding these galaxies. Measuring the redshift of these galaxies requires observing in far infrared.

In October 2017, Dutch and Japanese researchers, led by Akira Endo (Delft University of Technology, The Netherlands), mounted the special chip on the Japanese ASTE telescope in North Chile. The superconducting chip is developed by Delft University of Technology and SRON, Netherlands Institute for Space Research. The chip contains one antenna, 49 filters and 49 detectors. The antenna captures radiation of various wavelengths. The filters unravel the radiation in 49 tones of infrared. The 49 detectors measure the intensity of the radiation. When a detector picks up a signal, it can be seen as a peak in a graph.

The first tests with the telescope, the so-called first light, were promising. The astronomers first focused the telescope-with-chip on Mars, Saturn and a number of well-known stars and galaxies. When they saw the expected slope in the graph without significant problems, the researchers aimed the telescope at the well-known distant galaxy VV114 and saw the predicted redshift. 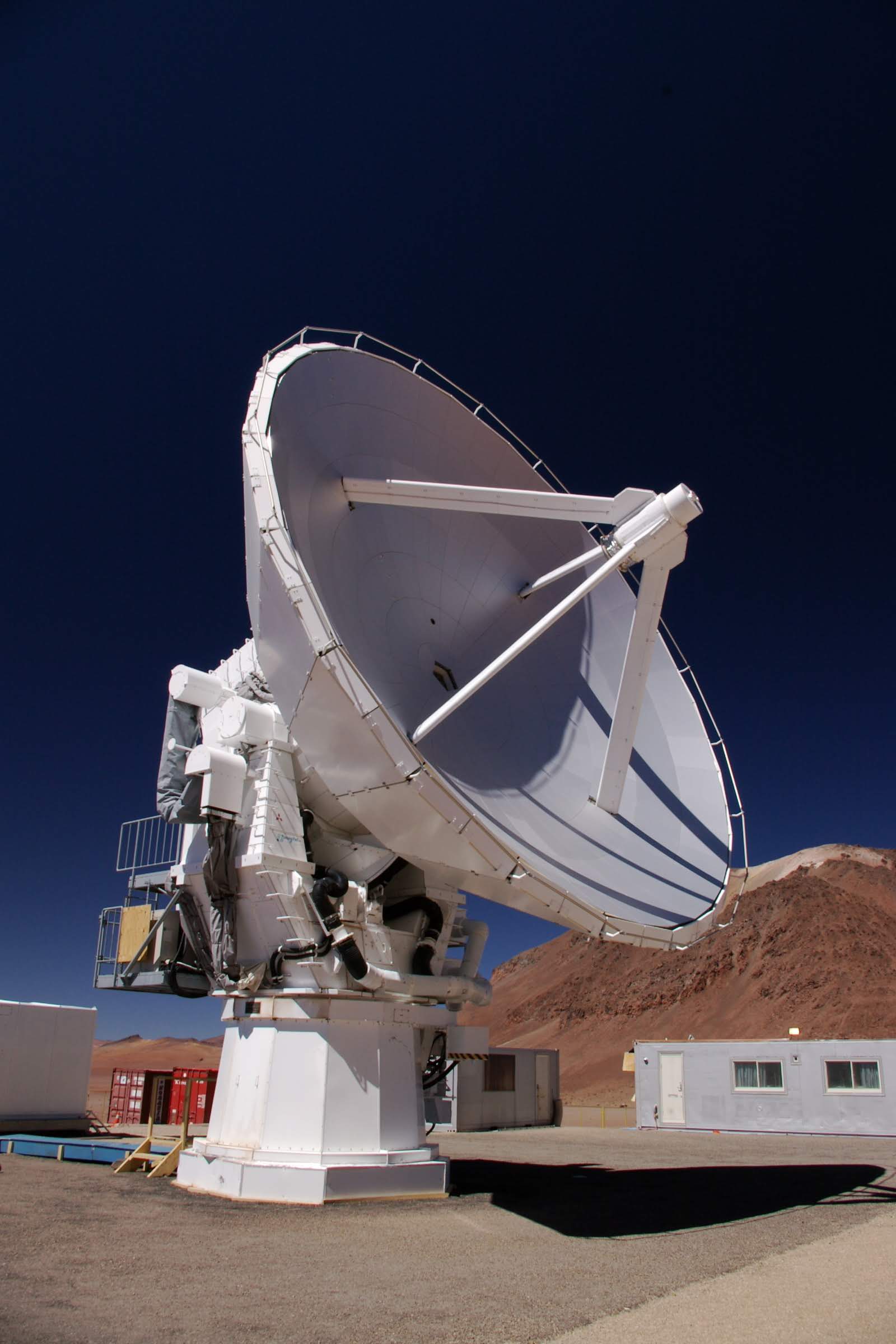 The researchers are now working on a chip that can cope with 300 tones of infrared instead of the current 49. This allows them to determine the distances to galaxies that have hitherto been hidden behind dust clouds. In addition, the researchers want to link multiple chips so that they can study multiple galaxies at the same time. The development must lead to a handy-sized imaging spectrometer that is easy to use on a ground based telescope and is a must for use with space telescopes.

Incidentally, the first tests on the telescope in Chile almost failed due to material problems. There was something wrong with the cooling system of the chip. The researchers had brought spare parts for the cooling system, but they had forgotten the pins to align the parts. After searching for hours in the town of San Pedro de Atacama, the researchers came to jeweler Jose Pinto. In Pinto's toolbox, they found a piece of copper wire with exactly the right diameter. With that they could make the forgotten pins. And so the instrument was rescued and the tests could start.

The DESHIMA project (http://deshima.ewi.tudelft.nl) is made possible in part thanks to grants from NWO, JSPS and the ERC.

Commissioned by the Faculty of Electrical Engineering, Mathematics and Computer Science, filmmaker Sven Peetoom made the following documentary about the DESHIMA expedition and the period thereafter.

Would you like to know more about the DESHIMA project? Read The DESHIMA guide to the galaxy.