How sustainable are smart devices?

Design that makes us happy

For half a year, a team of six dedicated students worked endlessly on solving the problems around diagnosing Schistosomiasis in Nigeria. The tipping point for their project; seeing not only the eggs, but also the spine of the disease in the pictures made by their product. But before reaching this milestone, the team had to overcome many obstacles through weeks of hard work, motivation and creative problem solving. Tina Ekhtiar and Talitha Brenninkmeyer share the ins and outs of the process.

As the team started they knew little about Schistosomiasis. This disease has an only slightly lower occurrence to that of malaria, but it can take years before people get diagnosed. Tina:
“The parasite [of Schistosomiasis] enters your body through the pores in your skin. It lays eggs in your body and lives inside of you, eventually causing organ failure”.

Diagnosis is a big issue. A trained medical worker has to filter a urine sample and count the parasitic eggs left on the filter through a microscope. Many people remain undiagnosed, mainly due to distance. Tina: “Either you have to take the microscope to the rural village, or you have to take the urine samples to the health center”. Another hurdle is the work. “You need a lot of technical skills”, Talitha adds; “It is exhausting because you have to count miniscule eggs all day”. This project aims for accessible Schistosomiasis diagnosis in Nigeria.

The reality of use in Nigeria formed a focus throughout the project. “The further we got into the project the more we realized how challenging it actually is” says Talitha. The students’ desire to end up with a realistic prototype required them to impose certain limits from early on.

Throughout the project, they strived to design an automated and on site diagnosis by anyone with a secondary education level through a mobile and robust tool that is produced and repaired in Nigeria by combining mostly 3D-printed parts with the use of a smartphone. “The direction for our concept is to make it as simple as possible”, adds Tina. 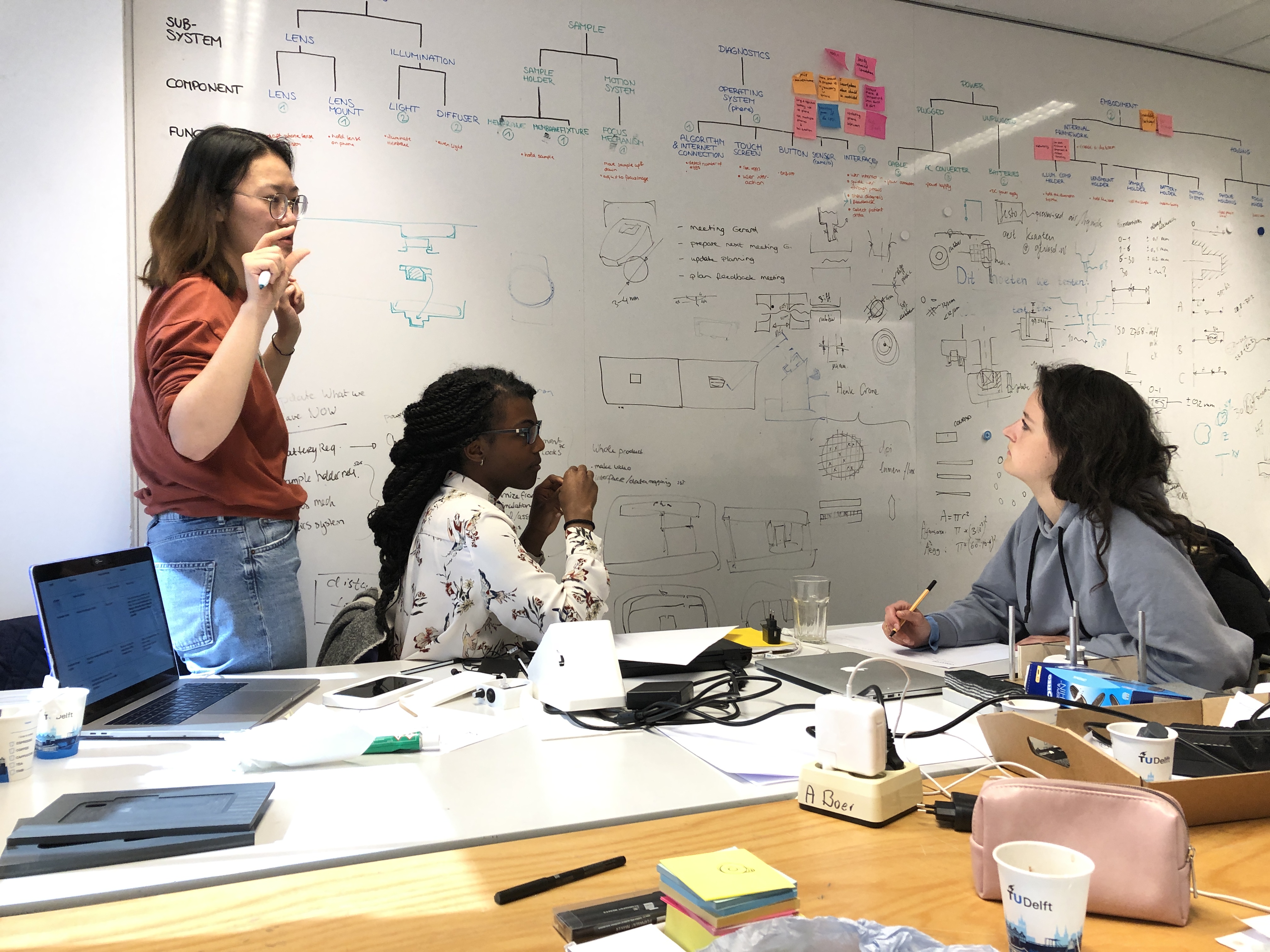 An important source of information was the previous group, this project takes the form of a relay-race, so this team continued from where the prototype of the last team left off. Their prototype was fairly basic, but they did already test it in Nigeria. This meant many meetings with the previous team. “We were constantly trying to get more information” says Tina, “but sometimes key information comes months later, when you know what question to ask”. Then adjustments had to be made, even late into the project. The girls giggle as they recall some pieces of information from the previous group wouldn’t quite register; “You’d be like, why did they do it like this”, which would only become clear after trying a more obvious route, and failing, themselves.

The team was also kept on their toes by the clients, who were quick to tell them things would not work in the context. For instance, the circumstances in which the product is used are anything but the typical medical setting. “It will be used in the field or maybe on a super wobbly table, in the sun, in the dirt, in humid high temperatures, transported on a motorcycle. It is not going to be used delicately, and then it still has to work, if you do that for years on end”.

They had set themselves a very high bar.

When talking about the amount of prototypes the ladies laugh again: “there were so many”. The team split up into duos, tackling the product in sections. A new prototype design was started before the last was even finished, producing a constant stream of new prototypes and insights. Each iteration required other parts of the product to adjust, resulting in even more prototypes, not to mention when any one of the parts does not function. 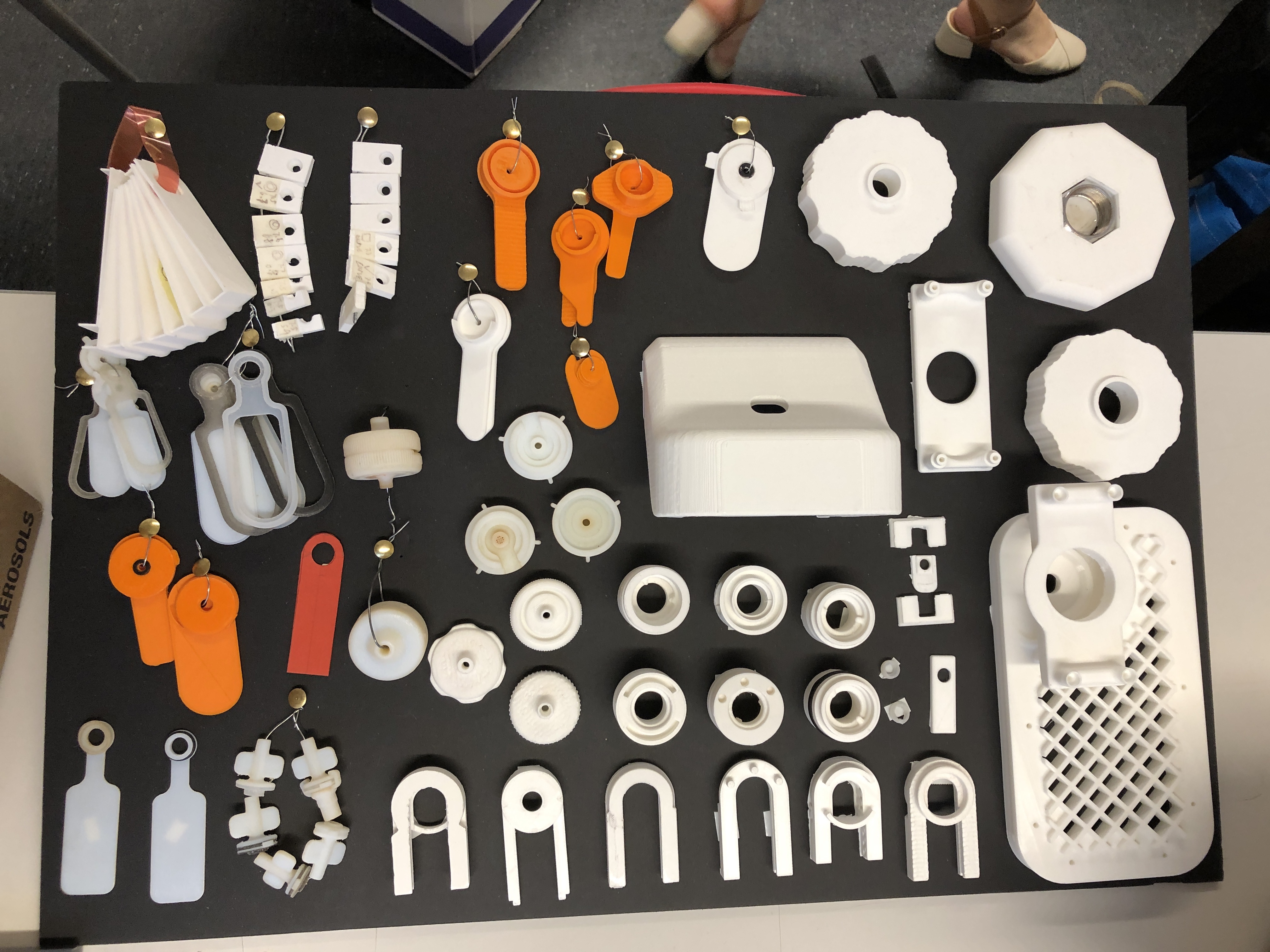 Tina recalls working on the filter sometime into the second half of the project. The filter catches the eggs from the urine so they can be photographed. It is only 4mm wide; after about 30 different variations, there were no successes. Tina remembers thinking it wasn’t going to work, which would mean the full product had to be redesigned. “It felt really stressful. But the following week we switched to a different 3D printer and we finally had our first successful test.”

Even when working on different parts, the team mostly sat together in the same room. "The moments where big strides were made, you could really notice the energy in the room” says Talitha; “everyone was so excited”. 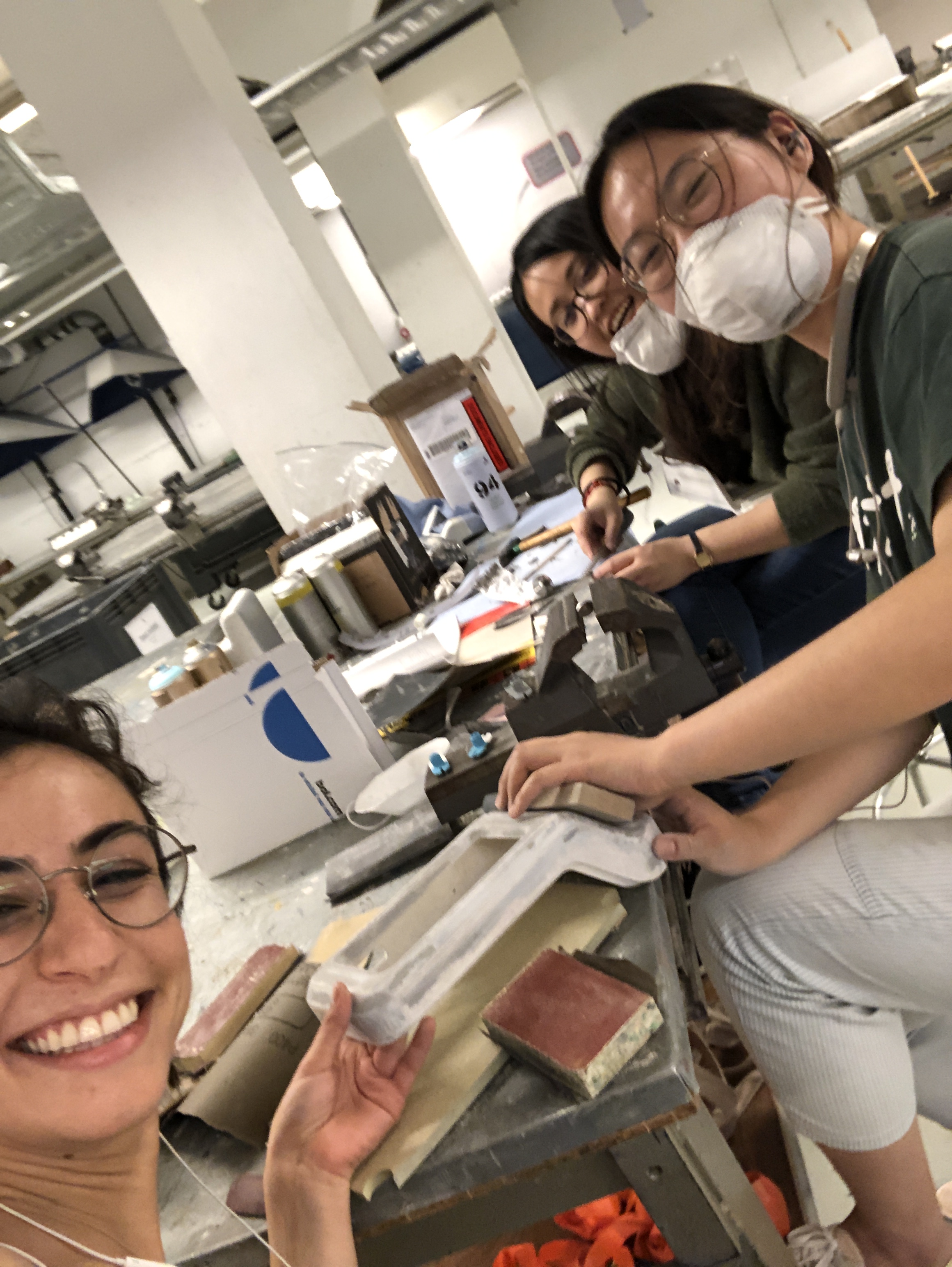 In the end the team produced over 60 prototypes of the filter. Using 3D printing allows for all production of the final product to take place on site in Nigeria. But it made reaching the extremely precise tolerances necessary for the device almost impossible. Realizing they needed such tight tolerances came really late; Talitha explains that 3D-printing as a technique varies in output quality. The students were very proud that, instead of simplifying the problem and assuming the tolerances would be met someday, “we actually made it reach the tolerances that were required”.

All those prototypes needed to be tested. And since the parasitic eggs are found in urine, testing had to include real human excrement. The team received this tip from the previous team: when you test with water it’s not the same. Tina explains: “compared to water there is much more stuff in your pee, which the filter should be able to deal with". Another factor is that health workers would obviously want to keep their hands free from urine. You wouldn’t mind spilling water, but would you want pee all over you? When the team figured out water did not work, they first made the switch to tea, which has little impurities from tea leaves. This way they could test the flow through the filter, before moving on to real urine. 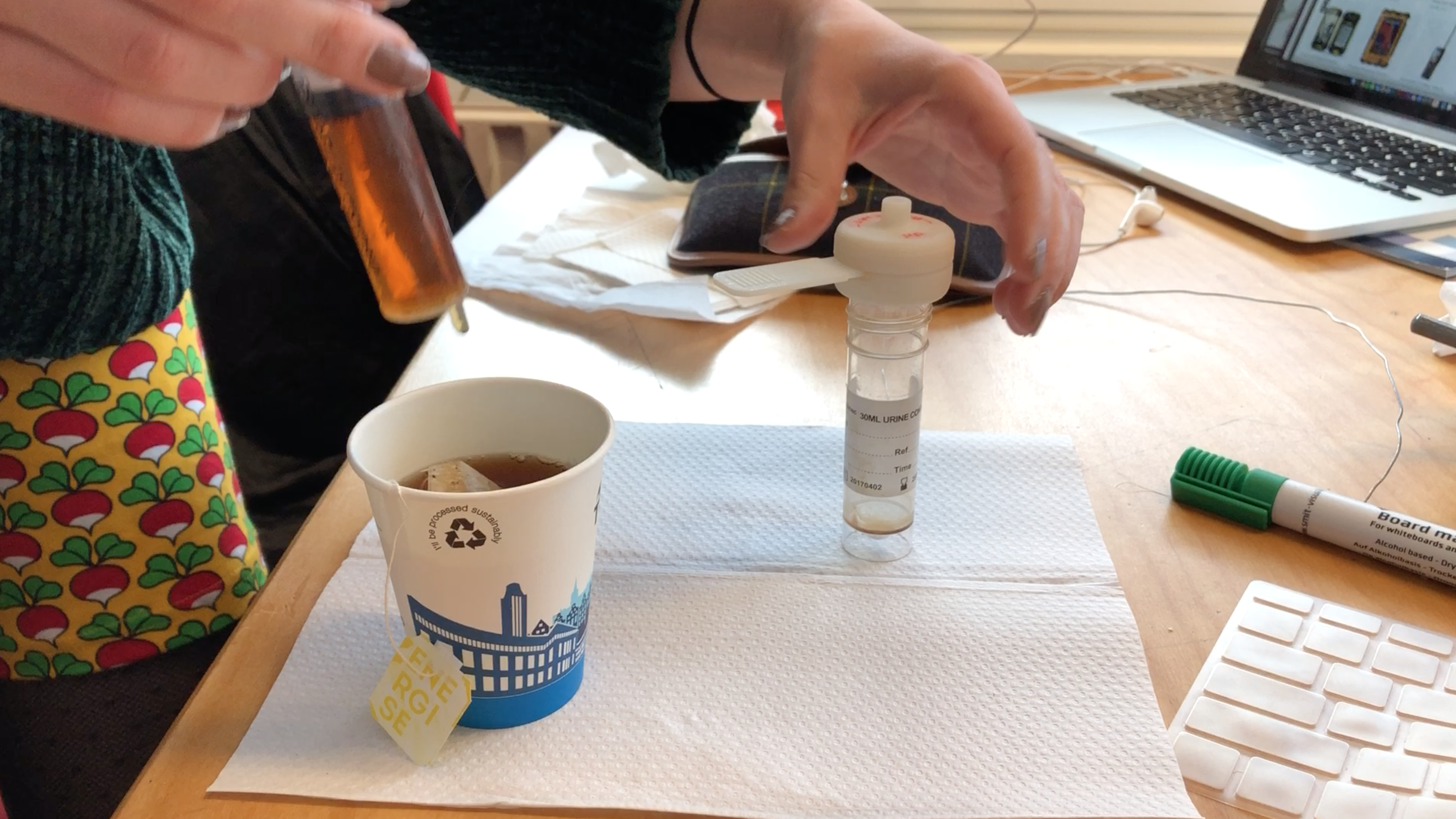 A crucial point in the project was the first test, using real infected urine, of the full product. The test took place at around three quarters of the way into the project, nearing the end. “It was kind of clumsy because really shortly before this test, was the first time we could put all the parts together. We had to just hope that everything works”. Of course, the separate parts were tested, but would they all work together? With sweaty palms, they put the parts together one-by-one.

It all fitted perfectly.

And amazingly, the image that was made using the Schistoscope prototype that day exceeded all expectations. Not only did it clearly show the eggs of the parasite, it also showed the spines of those eggs. It was an unexpected success. Tina and Talitha both vividly remember the feeling of 'We actually made this possible!'
The clearly visible spines of the eggs make the picture comparable to images produced with an actual microscope. Everything clicked: “It gave us the confidence that it would work, you could really see it in front of you”. 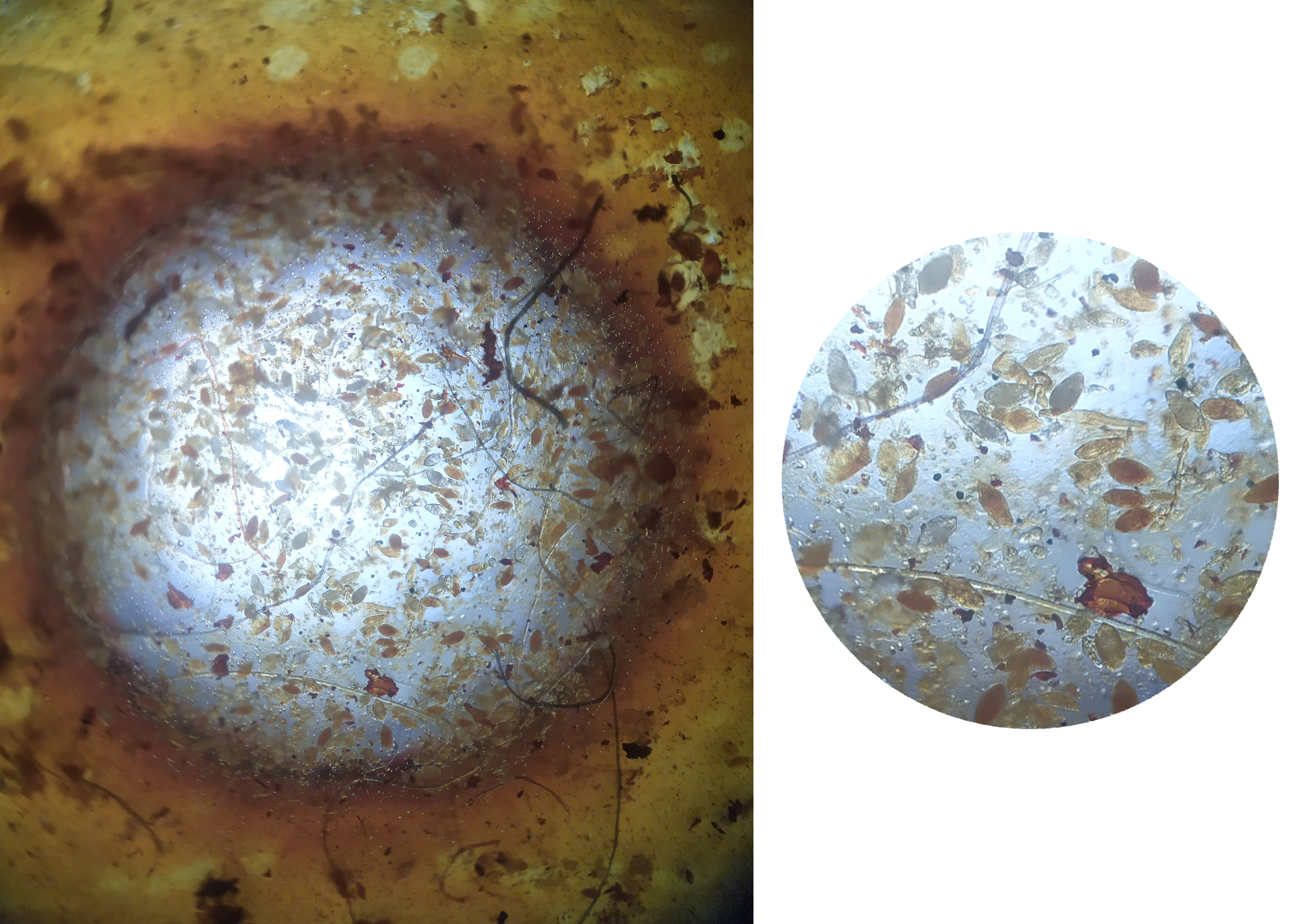 With the finish line in sight, the team could not slow down, now the possibility of making a real impact was closer than ever. Those last weeks, every detail was thought out. Prototypes were produced until the very last assessment. Talitha explains how the final process required “persistence, really up until the last day” - “the last moment even” interjects Tina, “which was so incredibly stressful”. 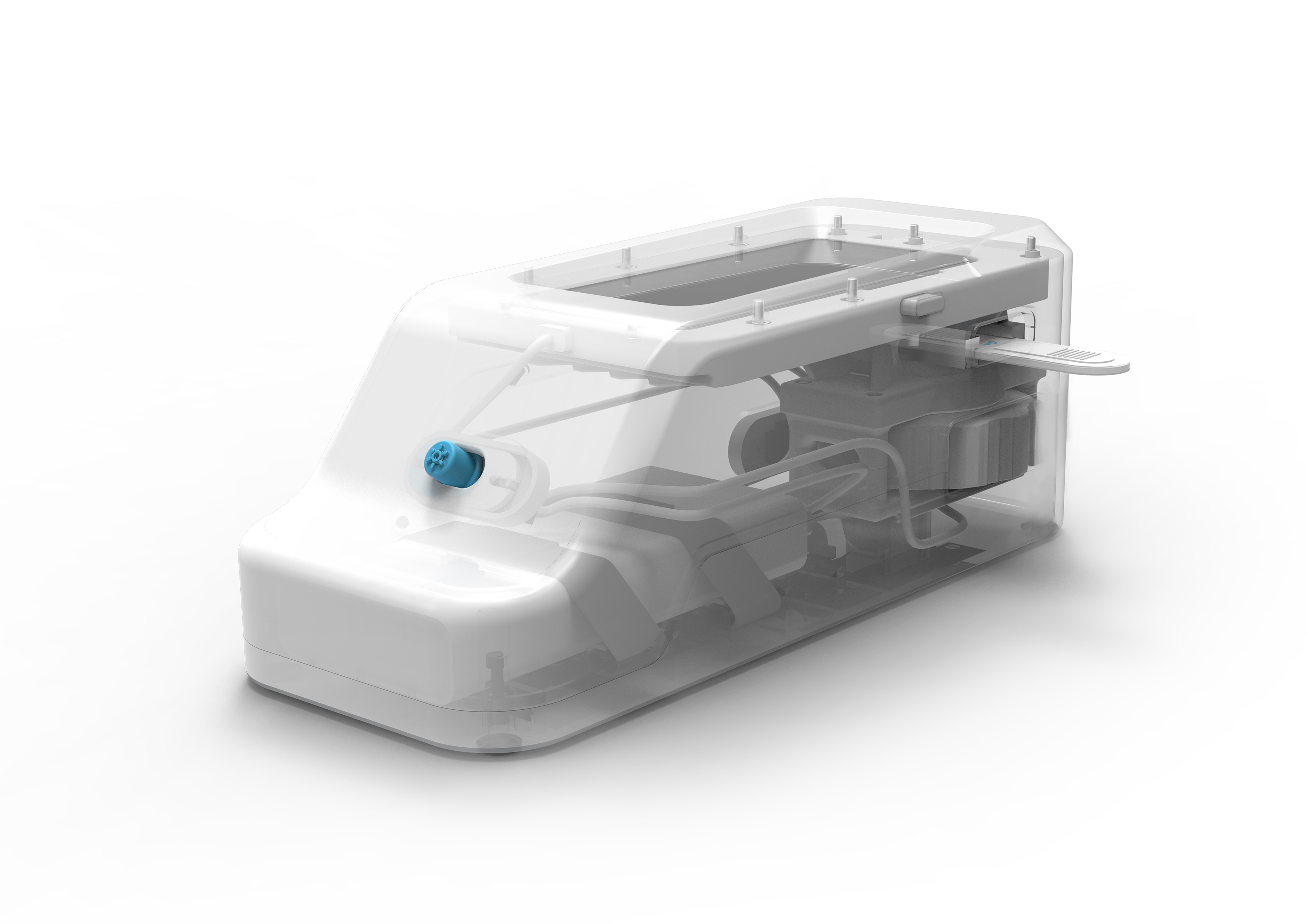 For their efforts, the team behind the Schistoscope made it to the worldwide final of the International James Dyson Award 2019.

They stuck to the high demands through many setbacks and finally exceeded even their own expectations. The real change they sought is on its way. The tool will soon be produced and tested in Nigeria. The Schistoscope team is determined to share their knowledge as a new team will continue their work.

The Schistoscope is a great step within the bigger goals of the Delft Global Initiative; Diagnostics For All. Who knows what improvements this next group will bring? At the Delft Global Initiative Day on 26 November 2019, student Samenjo (Karl Heinz) Tondo was awarded €10.000 to continue development of the Schistoscope project. Next step: on-site production in Kenya. 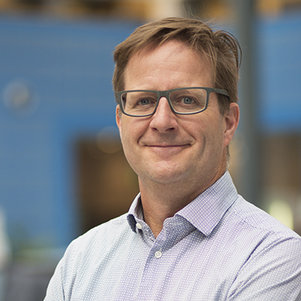