We’ve all seen footballers rolling around on the pitch grasping their legs in apparent agony. But do they actually have an injury? Or is it histrionics as they try to win some time? European professional football clubs have to deal with an average of six to seven hamstring injuries per season. PhD student Annemarijn Steijlen hopes that the sensors she is developing will put an end to some of these injuries in the future.

Annemarijn, tell us who you are and how you ended up at EEMCS.

My name is Annemarijn and I’ve been a PhD student at TU Delft for about 18 months. I have a background in Industrial Design Engineering and I’m conducting my PhD project in the Electronic Instrumentation department. The move to EEMCS was actually quite unusual. My research into wearable sensors for sports applications is right at the interface of both disciplines. On the one hand, the information that the sensors provide must be reliable, and on the other hand, it must be possible to integrate them so that they are easy and comfortable to use.

What are main differences between EEMCS and IDE?

EEMCS focuses more heavily on the technology push. They design something new based on existing technology. IDE tends to focus on user-centred design. In other words, they focus on the needs of users. The first thought before starting a new design is: what does the user need? You could say that this is the opposite of the technology push. My designs aren’t based on the possibilities of technology, but on the needs of users. User-centred design is much more readily accepted in practice, because designers ask themselves: what’s it for? It’s more application-oriented. 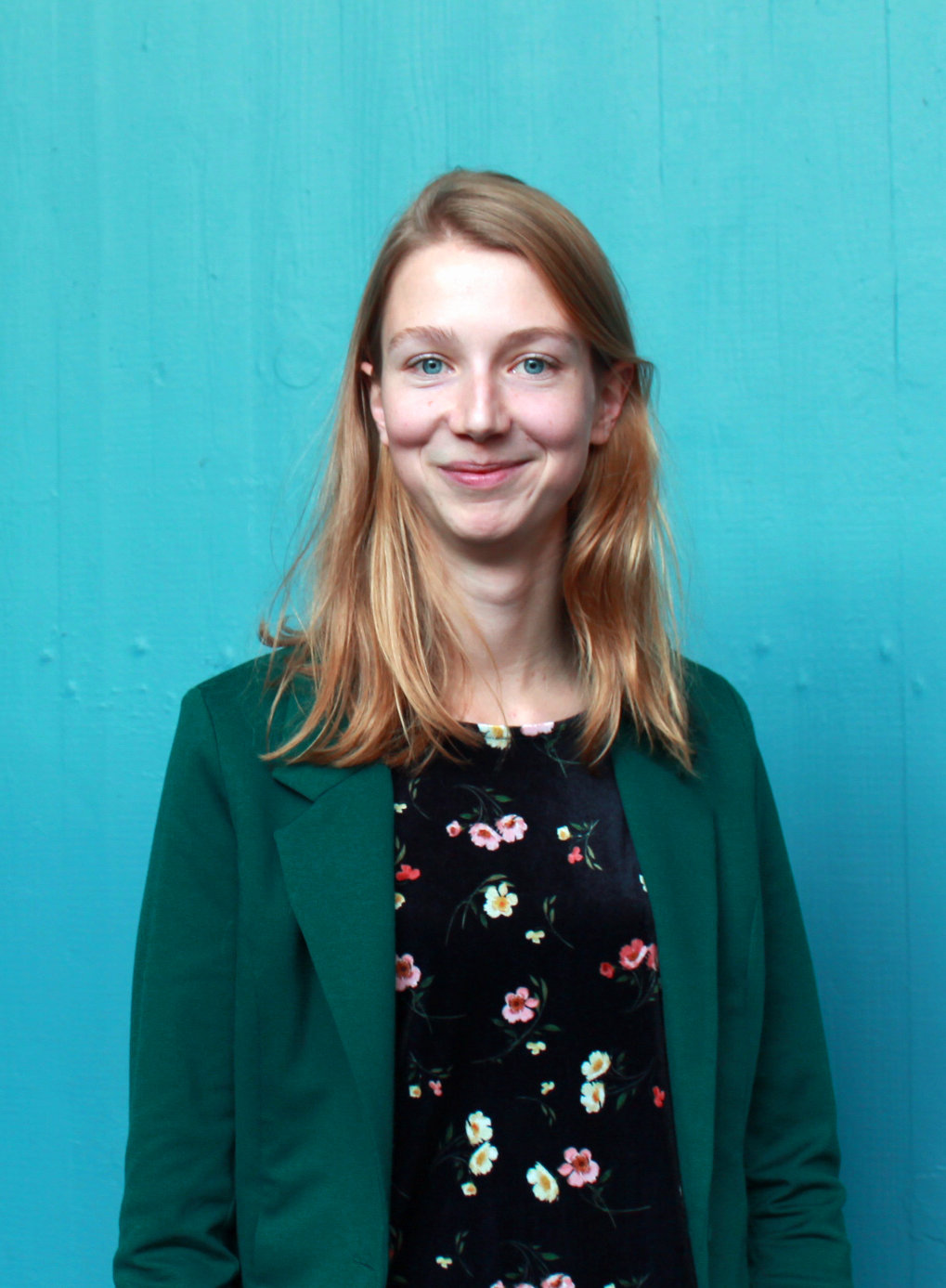 You’re working on two types of wearable sensors. Can you tell me something more about them?

Yes, I’m currently working on two projects. The first one involves designing trousers with sensors for football and hockey players. The trousers monitor all the players’ movements on the pitch. We’re carrying out this research in collaboration with the Royal Netherlands Football Association (KNVB) and the Royal Netherlands Hockey Association (KNHB). The KNVB is very interested in the link between movement and hamstring injuries. It’s an injury that typically occurs at the end of a match, so it could be caused by a build-up of movements. The trousers with built-in sensors allow us to analyse these movements and monitor exactly what the players’ legs are doing. The second project I am working on is right up the alley of our department, as we are not only designing but are also building the sensor. For this project I’m designing a sweat collection system. There’s already a lot going on in the world of sweat sensors, but we don’t really know very much about sweat and how it changes when you exercise. At the moment, I’m working on a patch that you stick on someone’s back. The collection system itself is located between two hydrophilic films. The water is absorbed through the film and slowly collects in the tiny reservoirs. Once the reservoirs are full, you can study the content and the composition of the electrolytes (sodium, chloride and calcium), for example, in someone’s sweat. Variations in these electrolyte levels could be an indication of dehydration. So now I’m mapping the variations by testing my sensors on humans and analysing their sweat. 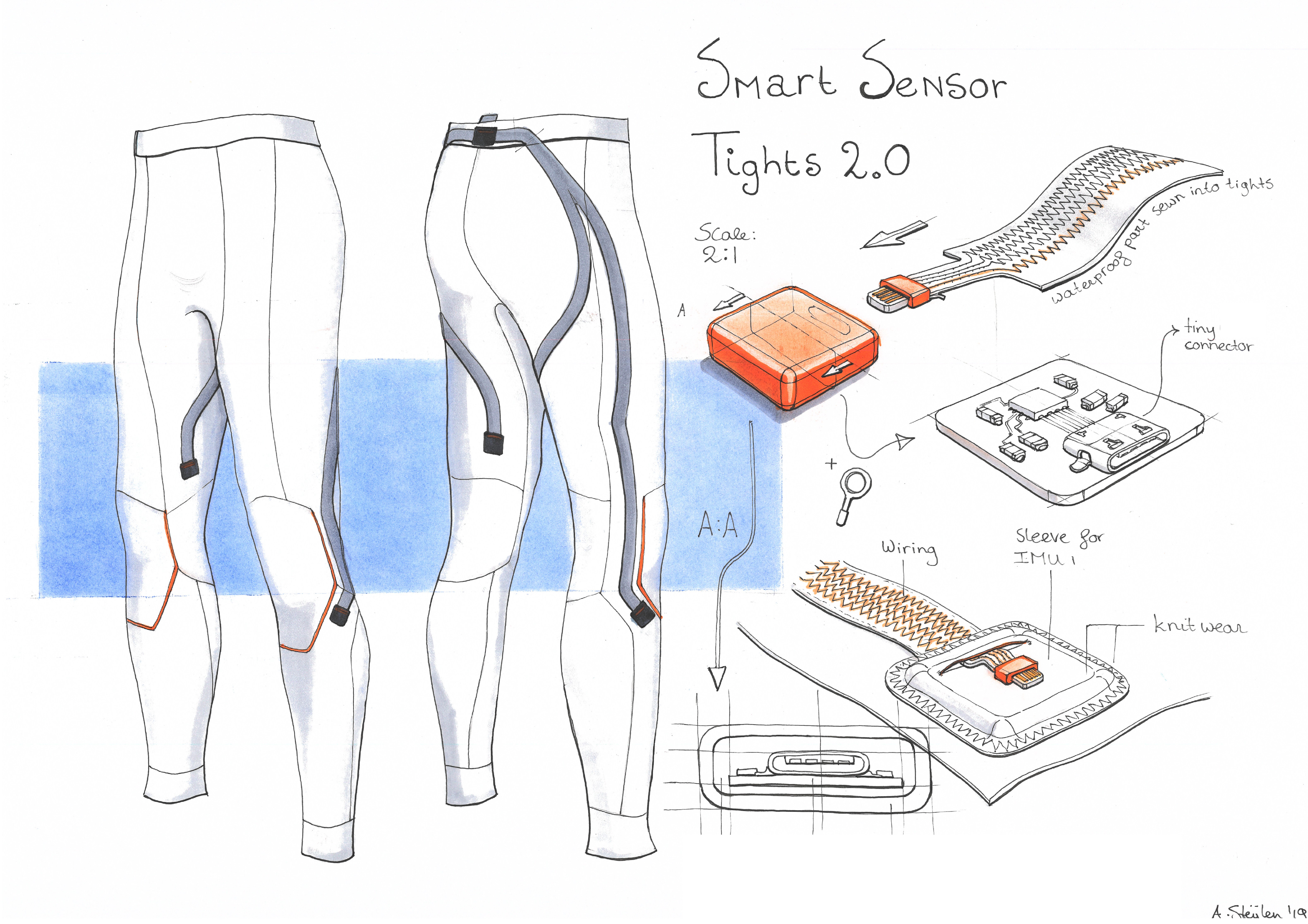 And now for the million-dollar question. Have you spotted any famous footballers yet?

You see the odd familiar face at the KNVB. But I’m there for a completely different reason: to develop the second version of our trousers. And to me, the most exciting thing is that we’ll be testing them in just two months! I can’t wait to see the results.