My main research interest is in navigation, motion planning and control of autonomous mobile robots, with a special emphasis in multi-robot systems and robots that interact with other robots and humans. We contribute novel methods and solutions in the areas of collision avoidance, motion planning, formation control, vehicle routing, task assignment, aerial videography and human-swarm interaction. Building towards the smart cities of the future, we apply these techniques in various fields, including autonomous cars, automated factories, aerial vehicles and intelligent transportation systems. For more information visit:  http://www.alonsomora.com

Dr. Javier Alonso-Mora is an Associate Professor at the Cognitive Robotics department of the Delft University of Technology , where he leads the Autonomous Multi-robots Laboratory . He is a Principal Investigator at the Amsterdam Institute for Advanced Metropolitan Solutions ( AMS) and co-founder of Routable AI . He is actively involved in the Delft robotics ecosystem, including the Robotics Institute, the Transportation Institute and Robovalley.

Before joining TU Delft, Dr. Alonso-Mora was a Postdoctoral Associate at the Computer Science and Artificial Intelligence Lab (CSAIL) of the Massachusetts Institute of Technology (MIT). He received his Ph.D. degree in robotics from ETH Zurich, where he worked in the Autonomous Systems Lab, and in partnership with Disney Research Zurich. Dr. Alonso-Mora holds a Diploma in Engineering and a Diploma in Mathematics from the Technical University of Barcelona ( UPC) , where he was part of the Interdisciplinary Higher Education Centre (CFIS) and the Robotics Institute (IRI).

His main research interest is in navigation, motion planning and control of autonomous mobile robots, with a special emphasis on multi-robot systems, on-demand transportation and robots that interact with other robots and humans in dynamic and uncertain environments. He has published over 60 papers in premier venues and his work has appeared in major media outlets. He is the recipient of multiple prizes and grants, including the ICRA Best Paper Award on Multi-robot Systems (2019), an Amazon Research Award (2019) and a talent scheme VENI award from the Netherlands Organisation for Scientific Research (2017). 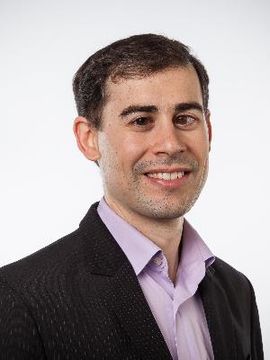