Funded by the Research Initiatives call, we envision a novel interactive 3D display. It is based on a simple linear actuator (a motor fader), and we developed a large-scale array of 400 moving pixels. The result will be on exhibit in the near future.

Information and communication technologies are swiftly penetrating our domestic environments – one of the best examples is home entertainment. Present gaming consoles such as the Nintendo Wii and Microsoft Kinect allow natural interaction with the computer – by gestures and bodily movement. The advent of ubiquitous computing requires us to reconsider all aspects of industrial design engineering - to invent, package and optimize such products and services to society. 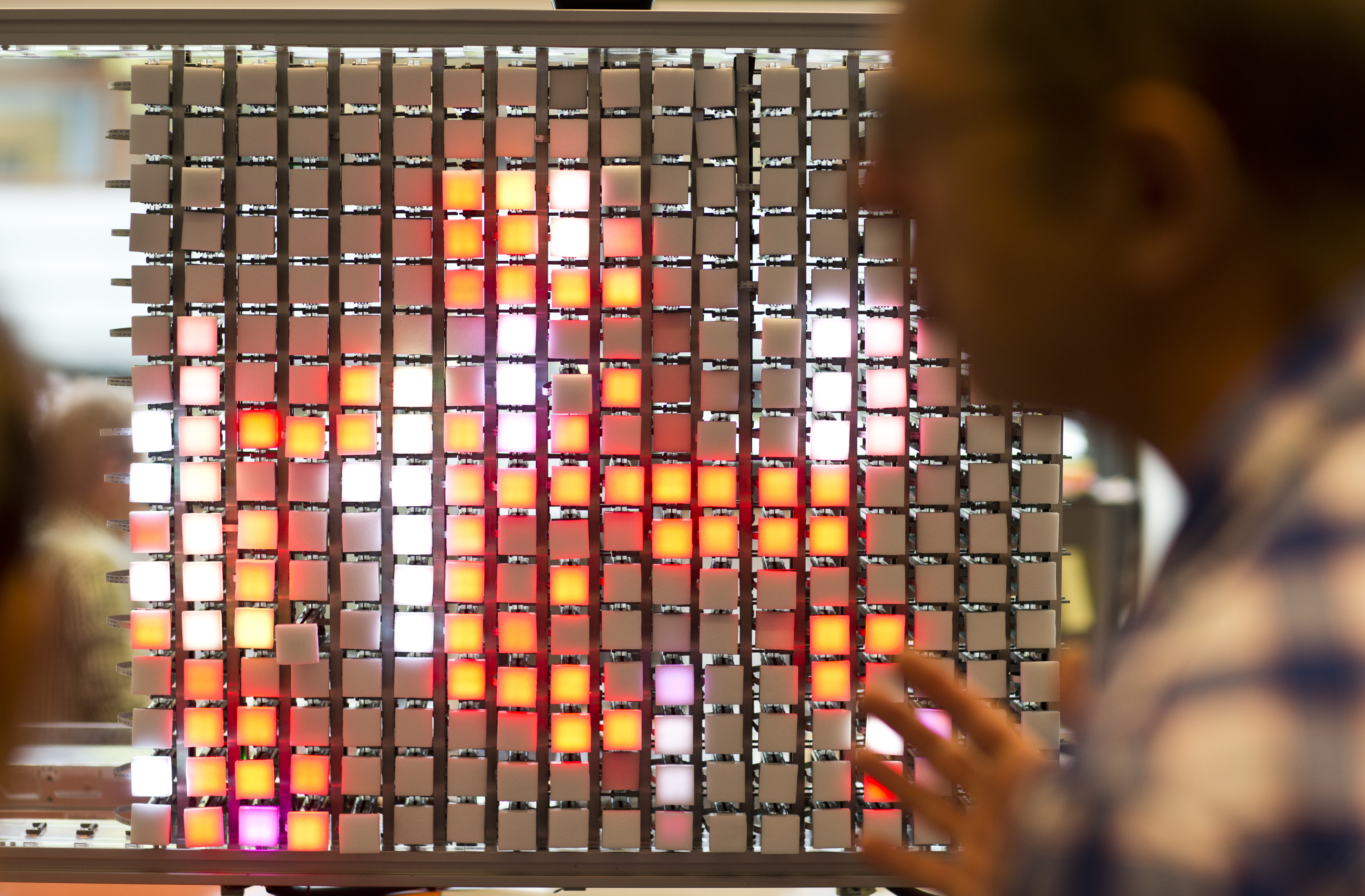 At our faculty, we have a number of research groups working on these challenges. This project was devised to bridge these in a compelling and magical prototype, called the Kinetic Mirror. It builds upon the efforts performed in the field of projector-based augmented reality and natural design interfaces, and showcases the endeavours of Jouke Verlinden and Daniel Saakes. The end result is a mirror that mimics and plays with the audience or object held in front of it, in dynamic shape changes and vivid colours. Students of the minor on advanced prototyping assembled this prototype. 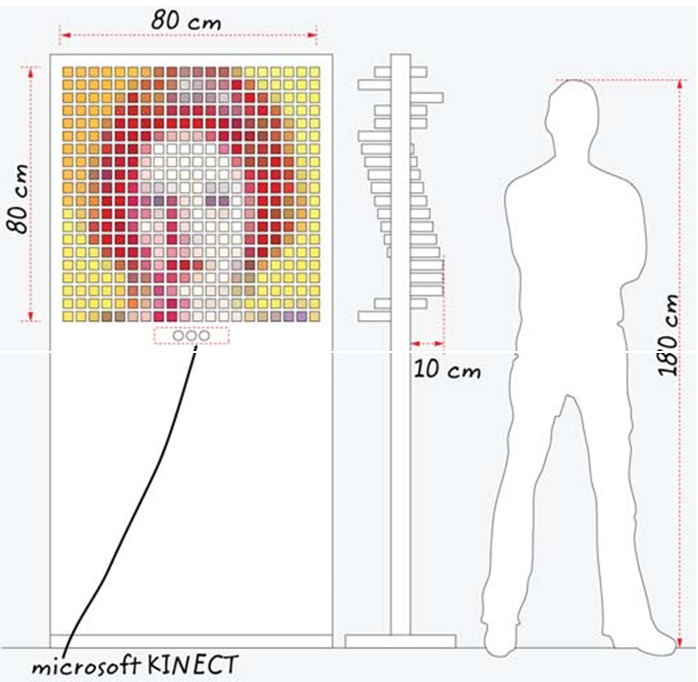 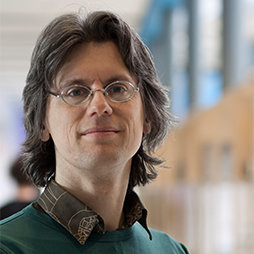