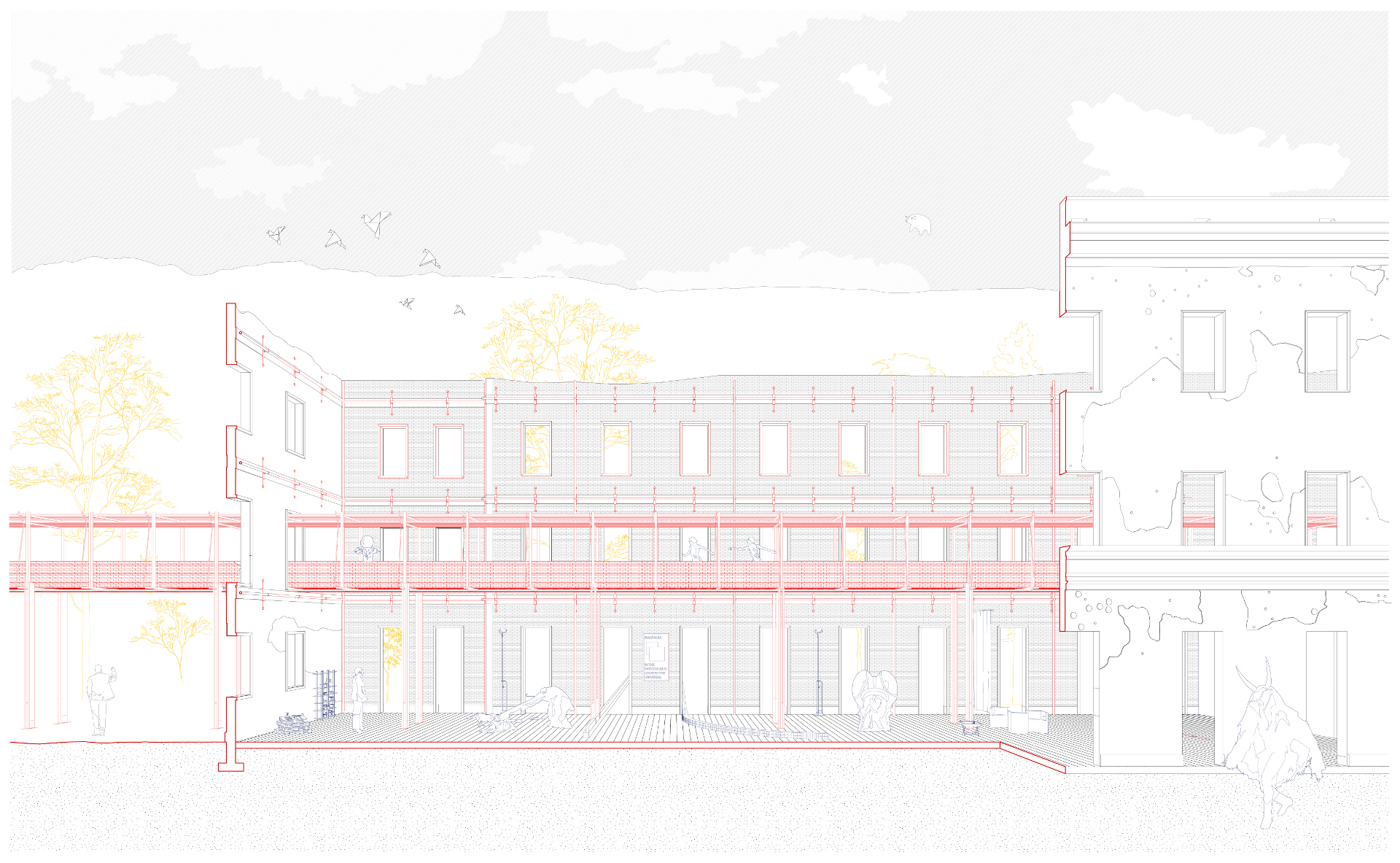 Inland, more than a project, is a process. It started with a study of the early ‘90s Bosnian War, a deep analysis of the citizens’ resilience to the Siege in Sarajevo, and its spatial outcomes. This led to a scenario of the reconstruction - healing - of a complex of wrecked military barracks in the heart of the capital. Research on this Ottoman complex and the effects of its partial destruction enlightened issues – mainly concerning a number of barriers that create clashes between public and private realms – and resources – both human and spatial.

The effects of war destruction are thus accepted and processed. Buildings are eventually de-constructed into formal elements aiming to break the barriers of the complex and connect spaces and people.

The project reflects upon the very idea of planning – here conceived as a process of listening, observing, learning and correcting – on Ecology – approached as an anthropological issue in the first place – and, most importantly, on the role of the architect.