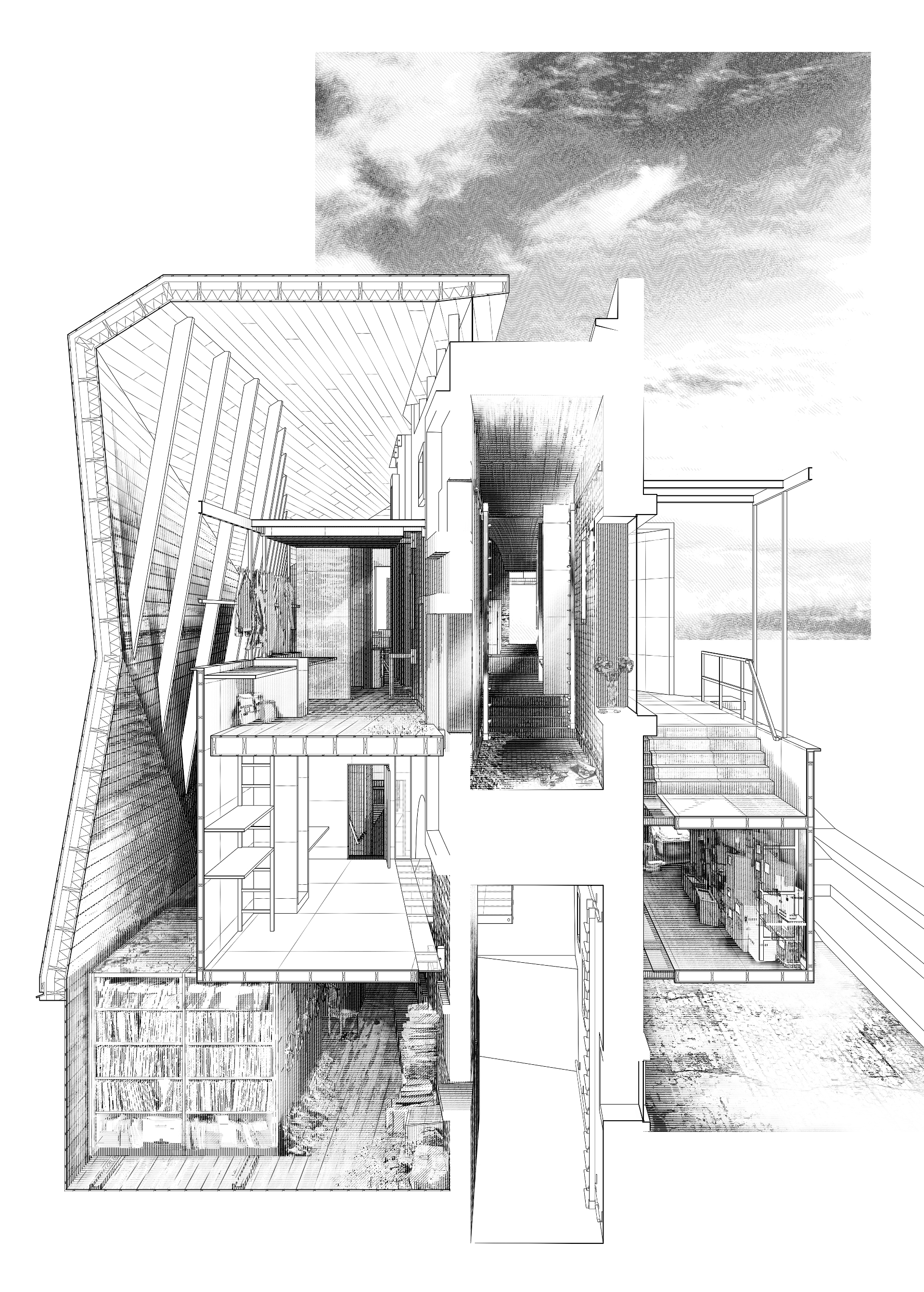 Situated in Bucharest’s centre, the Institute of Memory bridges the pre-1980s city and a zone of demolition; an urban landscape radically altered by dictator Nicolae Ceausescu. Vast destruction of houses, monasteries and civic buildings left a vacant hole in Bucharest’s landscape, now dominated by the Palace. Responding to historical landscape over present situation, I simultaneously rooted the project in context whilst gaining the freedom to develop my own methodology.

This thesis proposes an alternative design approach using play as a design tool. Observations from Bucharest’s periphery developed into three specific mappings of ruin, labyrinth and child’s play which were translated into spatial models. In combining these models, a densely interwoven sequence of spaces emerged. The building was projected unto the site in an attempt to deliberately uproot Ceauscescu’s megalomaniac monstrosity. Furthermore, functions of memorial wall, archive and self-storage intersect, overlap and interweave, constituting the re-emergence of time and memory in the urban tissue as a truly playful architectural object.