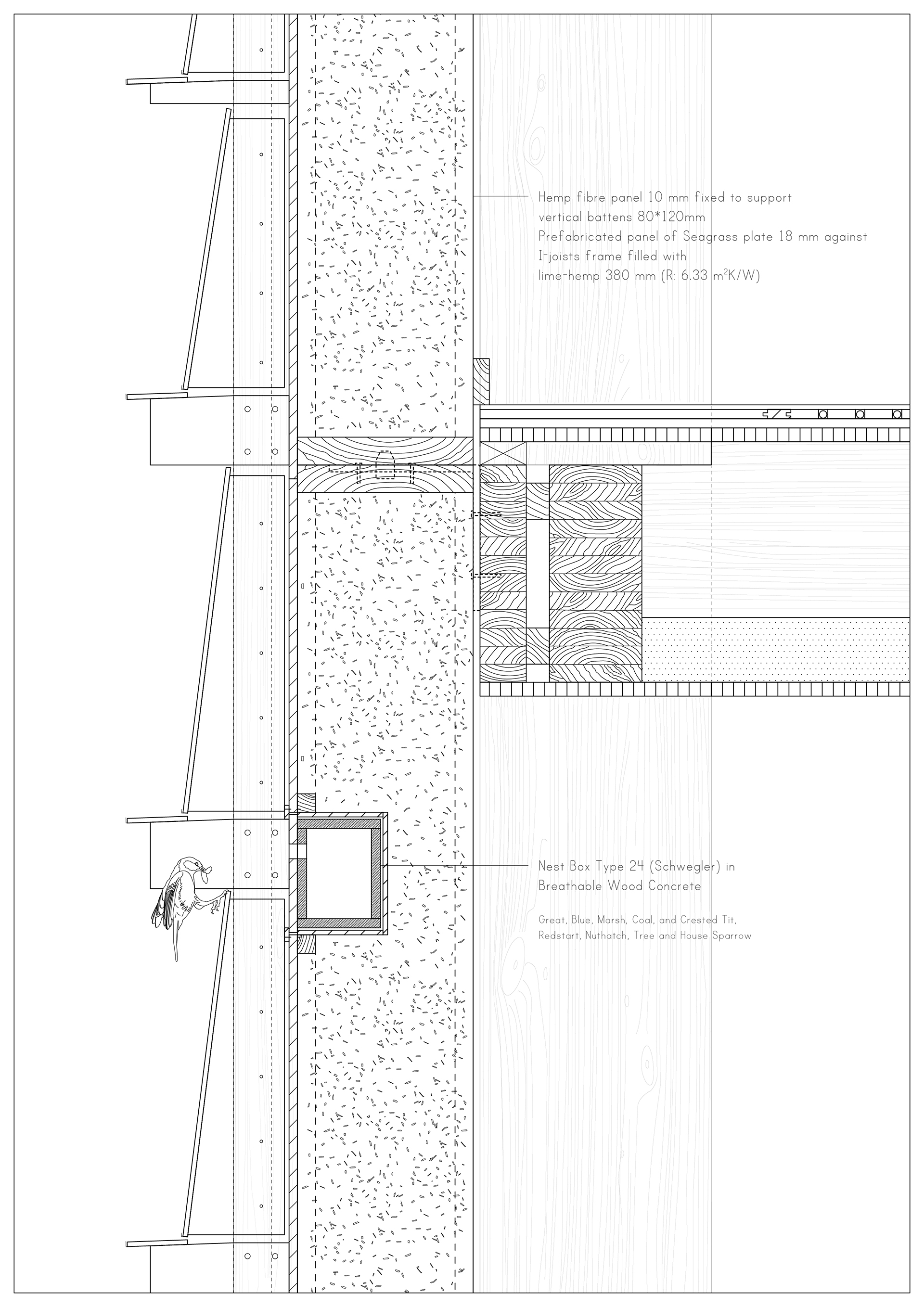 Brussels is considered a heterogeneous city, counting 183 nationalities. However, a variety of other inhabitants are commonly left unnoticed. Urban sprawl causes natural land to disappear, affecting the biodiversity of both countryside and city, with the latter increasing. ‘Rights of nature’ have therefore become a defining theme for the new City Hall of Brussels.

The project explores the use of precast lime-hemp, a natural building material that captures CO2 during plant growth and lime setting, resulting in a negative CO2 footprint. Lime-hemp ensures pleasant indoor climates for the 1700 employees as well as the animals inhabiting the building envelope; this is realised through the material’s breathing capacities. On a larger scale, through the inclusion of animal roosts and green courtyards, the City Hall aims to take part in an ecological network of the Brussels Capital Region: to restore ecosystems and biodiversity whilst serving as an example to its citizens and surroundings, of the coexistence of humans and nature within the city.