She has been a TU Delft employee for 44 years so far, and has been dubbed ‘the memory of the faculty’. What's more, she can still often be found in the /Pub into the wee hours. Yes, the focus of this Humans of EEMCS is none other than Ank Voets, secretary to the current dean, John Schmitz. She describes the biggest challenges at EEMCS, working with carbon paper and even a kidnapping, too. ‘The hours went by and the panic kept building! My telephone was ringing and ringing...’

Ank, you have been working at TU Delft for 44 years so far. Tell us, how did that come about?

Ha ha! It's quite simple, actually. I saw two vacancies for the position of secretary. One at Mathematics and one at Chemistry. In a fit of enthusiasm, I applied for both. I immediately received an invitation from Mathematics. To this day, I’m still waiting on a response from Chemistry.

What were your first years like at the Faculty of Mathematics?

I spent the first three years mainly working in the department. Back then, it was still called vakgroep. Although I was perfectly happy in the department, there was an opening at the dean's office. Would I like to go work for him? My answer was yes. Bear in mind that for ages everything was really different from how it is today. For example, deans were elected. A dean would be appointed for a three-year period and then return to his old office. In fact, there has only been a professional dean with a single-person board since 2000. The idea was to increase effectiveness.

Back to the early years for a moment. Just how different was it? 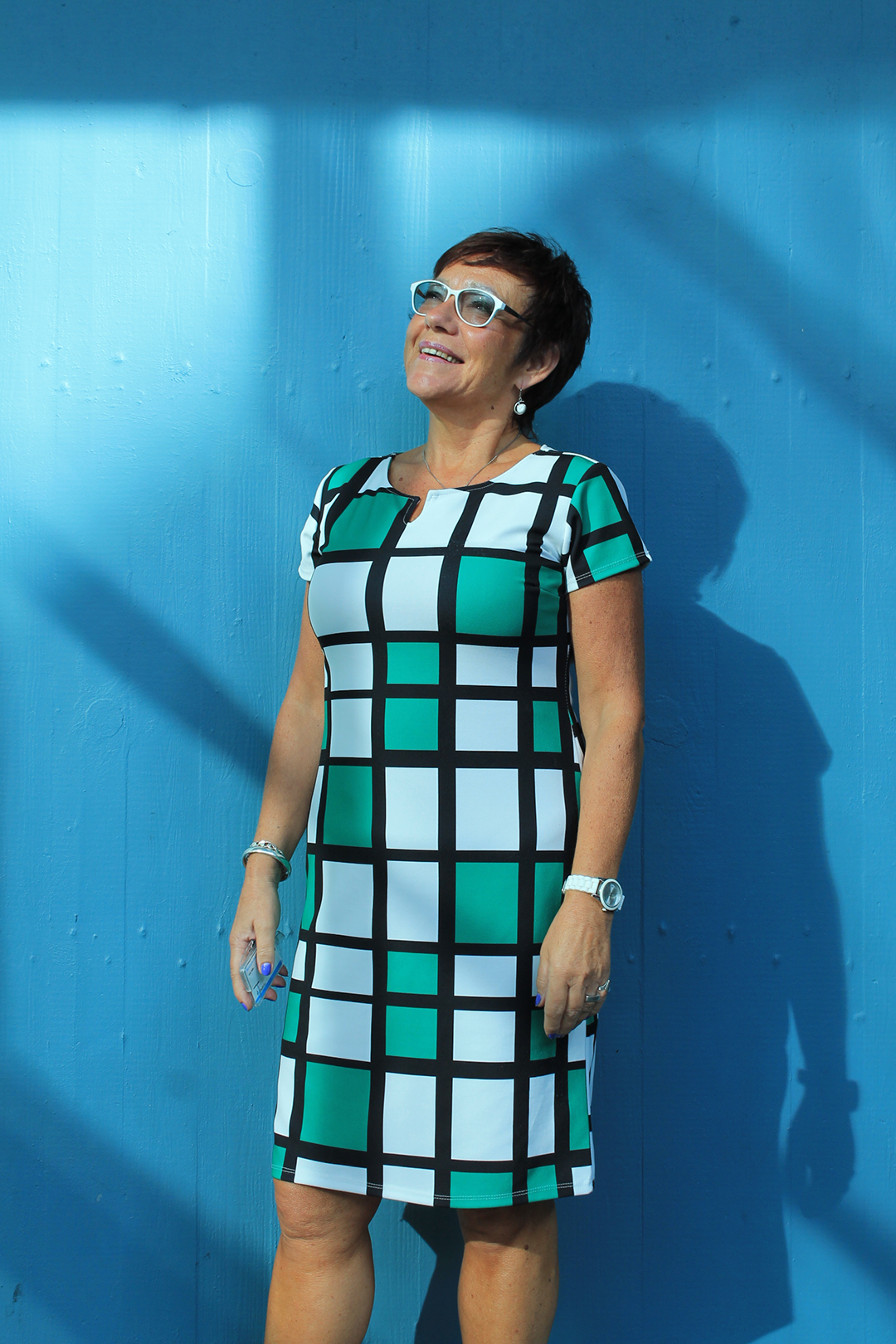 Nowadays, everything can be accessed digitally, but when I first started out I was carrying around those big ring binders. I sorted the post, typed up the exams and made sure that all important documents were copied and filed away. That was still done using carbon paper – paper that is black on one side because it is coated with a layer of dry ink. The ink was mixed with wax to make whatever was written stick to the paper better. By writing on the top sheet with a ballpoint pen, you simultaneously made a copy for the files. Sounds old-fashioned, doesn't it? Well, that was a long time ago.

Ank, you are referred to as ‘the memory of the faculty’. What is the story behind this nickname?

I have been through so many changes. Not all of the information has been documented or preserved, far from it. That information cannot be found anywhere. Except in my head.

What is the most ridiculous thing that you ever experienced at the faculty?

I always got along really well with Professor Herman Duparc. Students always called him Uncle Herman, but behind all of the good humour there was a painful history. After being held in various prison camps on Java, Herman was sent to Singapore in 1943 and forced to work on the notorious Burma Railway. The striking thing was: Duparc was always up for anything. Nothing was too madcap for him! In the early 1980s, he and a group of students staged a fake kidnapping. ‘Unknown student action group, het Anti-Tweefasencommando, kidnapped Delft professor Duparc overnight and is holding him hostage,’ was the headline in several newspapers. Although it was intended as a playful stunt, the police took it very seriously. This was because no one was able to get in touch with Duparc. The hours went by and the panic kept building! Because what if it was a real kidnapping? There was no such thing as a press officer in those days, so my telephone was ringing and ringing. Finally, more than half a day later, there was a sign of life: Duparc had fallen asleep. Everyone was relieved, of course, but there was a lot of apologising, too. You see, the Executive Board had already held an initial crisis meeting.

What a crazy story. Was that sort of stunt a typical thing for Mathematics and Computer Science?

I do not believe it was a ‘typical EEMCS thing’, no not really. It was more a product of Duparc's colourful personality. Then again, maybe a story like that does say something about EEMCS; that it is a faculty where you will find very open, accessible people. That is something that's always appealed to me. Up until I turned 30, I would regularly stay out all night with the students. Parties, drinks, this and that. Only the party would last a little longer than planned, and there were times when I would arrive on campus at 6am. To disguise the hangover and exhaustion, I would do all kinds of errands that required walking somewhere. I would go pick up the post, then I would go back and drop off the post, go from room to room to confirm appointments and stop by the concierge's for the necessary caffeine boosts. Mind you, I don't do that anymore.

But you can still often be found in the /Pub...

Ha ha, true, three times a week, no less. Up until recently, I was the chair of the Pub committee. After more than forty years, I stepped down. When the /Pub became a foundation, for me it was time to call it a day. Because let's be honest, these days I am older than most of the parents of the students at our faculty.

What do you do on the nights when you’re not in the /Pub?

I have a drink, cook something or relax on the sofa. You know what, though, I am actually seldom home. There is always something to do, out. A drinks party, or a pub quiz, for instance. Of course, there’s also the shopping that needs doing. And what about the washing and the cleaning? That is how I tend to spend my weekends. I deliberately decided against having pets. I grew up on a farm so I know that animals need proper care and attention. Incidentally, my family lived on the far side of the River Schie, and the only way to reach our house was by boat. Of course, it sounds very romantic, but it wasn’t. When the wind was gusting at force 10, there was no way for us to get our crates of rhubarb to the other side. It was horrible.

Back to the faculty, and the final question. In all the years, what's made the biggest impression on you?

Dear me, that’s a very difficult question. So much has happened, so much has changed. Merging the different faculties – Mathematics & Computer Science and Electrical Engineering – was incredibly nerve-racking. ‘How on earth are we going to do this?’ I thought to myself. Especially in organisational terms. After all, there was a bit of an ‘us and them’ culture at the time. It kind of felt like housing Ajax, Feyenoord and PSV in the same stadium. Everyone had their own way of doing things, their own way of budgeting and so forth. And yet it all worked out in the end. Just look at where the faculty is now. I’m very proud of that.